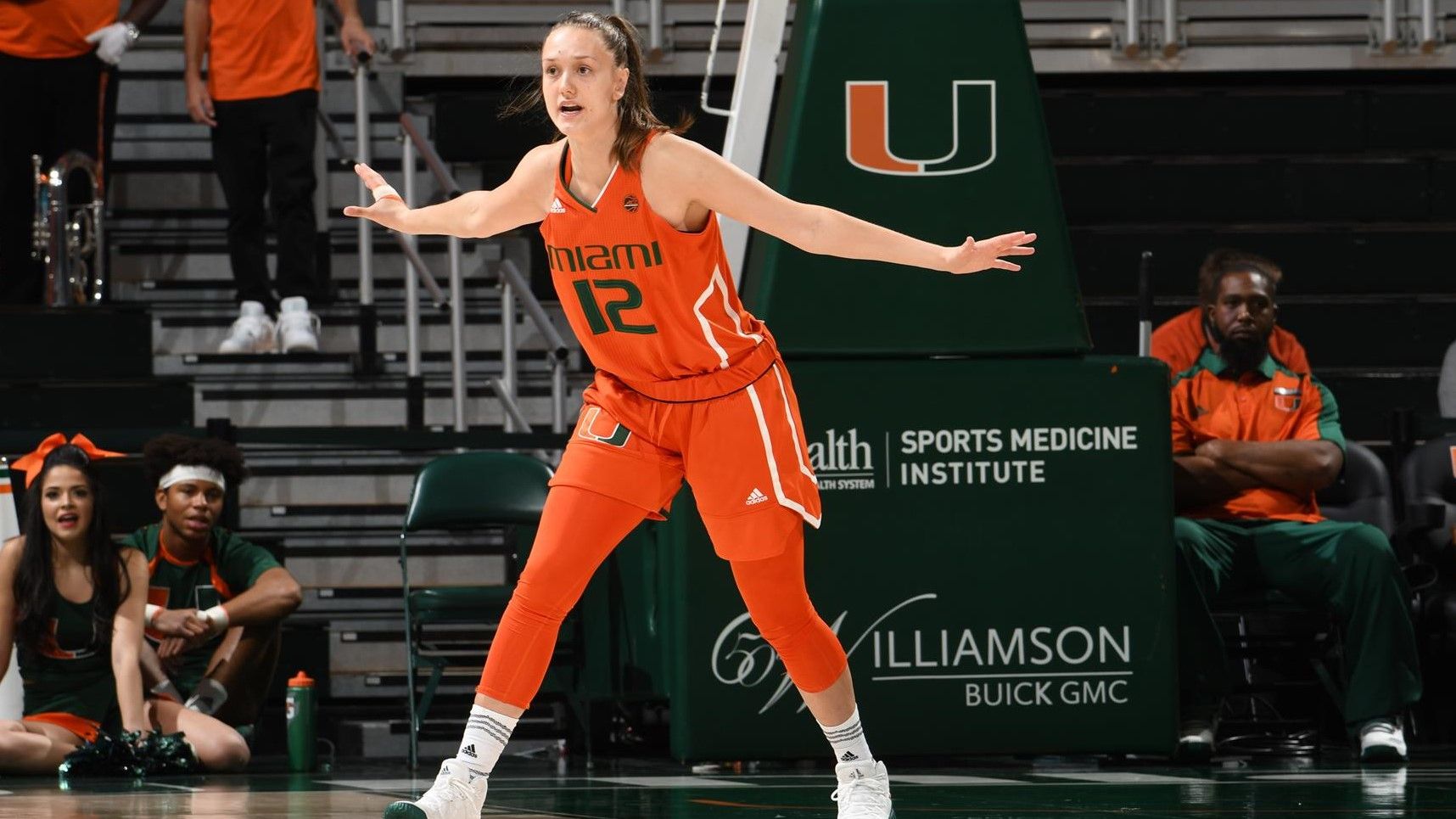 CORAL GABLES, Fla. – The University of Miami women’s basketball team moved up one spot to No. 24 nationally in this week’s Associated Press Poll, as announced Monday afternoon.

Miami (3-0) registered 107 points in the balloting, adding 23 to its total from the preseason poll released on Oct. 31.

Four voters placed the Hurricanes in the top 20, with Miami peaking in the same spot, No. 13, it did in the preseason rankings. The full poll is available HERE.

The Hurricanes are one of five ACC teams in the top 25, along with top-ranked Notre Dame, fifth-ranked Louisville, No. 17 NC State and No. 18 Syracuse. Three additional ACC schools—Duke, Florida State and Virginia Tech—garnered points in the balloting.

Miami will be back in action Thursday at 7 p.m., when it hosts No. 19 Marquette in a top-25 matchup at the Watsco Center. The winner earns a spot in the Preseason WNIT championship game Sunday afternoon at 4:30 p.m.