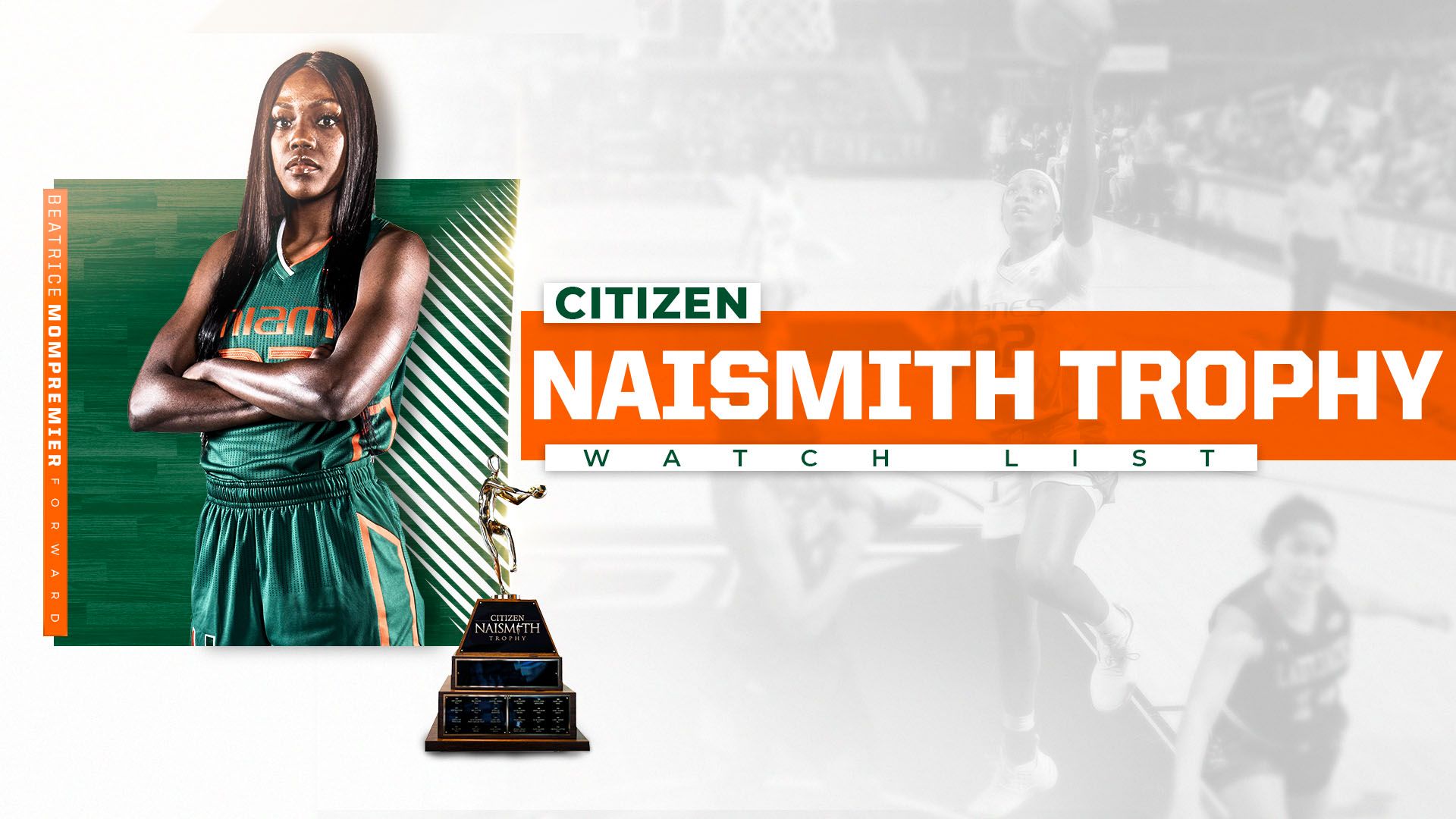 CORAL GABLES, Fla. – Beatrice Mompremier of the University of Miami women’s basketball is a member of the 2018-19 Citizen Naismith Trophy Women’s Watch List, as announced Monday by the Atlanta Tipoff Club.

The redshirt junior is one of 50 players on the list, 11 of whom are from the ACC, the most of any conference.

“These 50 talented candidates are the ones to watch, and the competition for the 2019 Women’s Citizen Naismith Trophy will heat up as more players enter the competition throughout the season,” said Eric Oberman, executive director of the Atlanta Tipoff Club. “We are excited to watch these women play as they have another great year of college basketball ahead of them.”

Mompremier, in her first year playing for the Hurricanes after transferring from Baylor, is averaging 15.7 points and 10.7 rebounds, while shooting 55.3 percent through the first three games of the season.

The Miami native has 12 double-doubles in her career, including two already this year. Prior to the season, Mompremier became the first player in program history to earn ACC Newcomer Watch List honors.