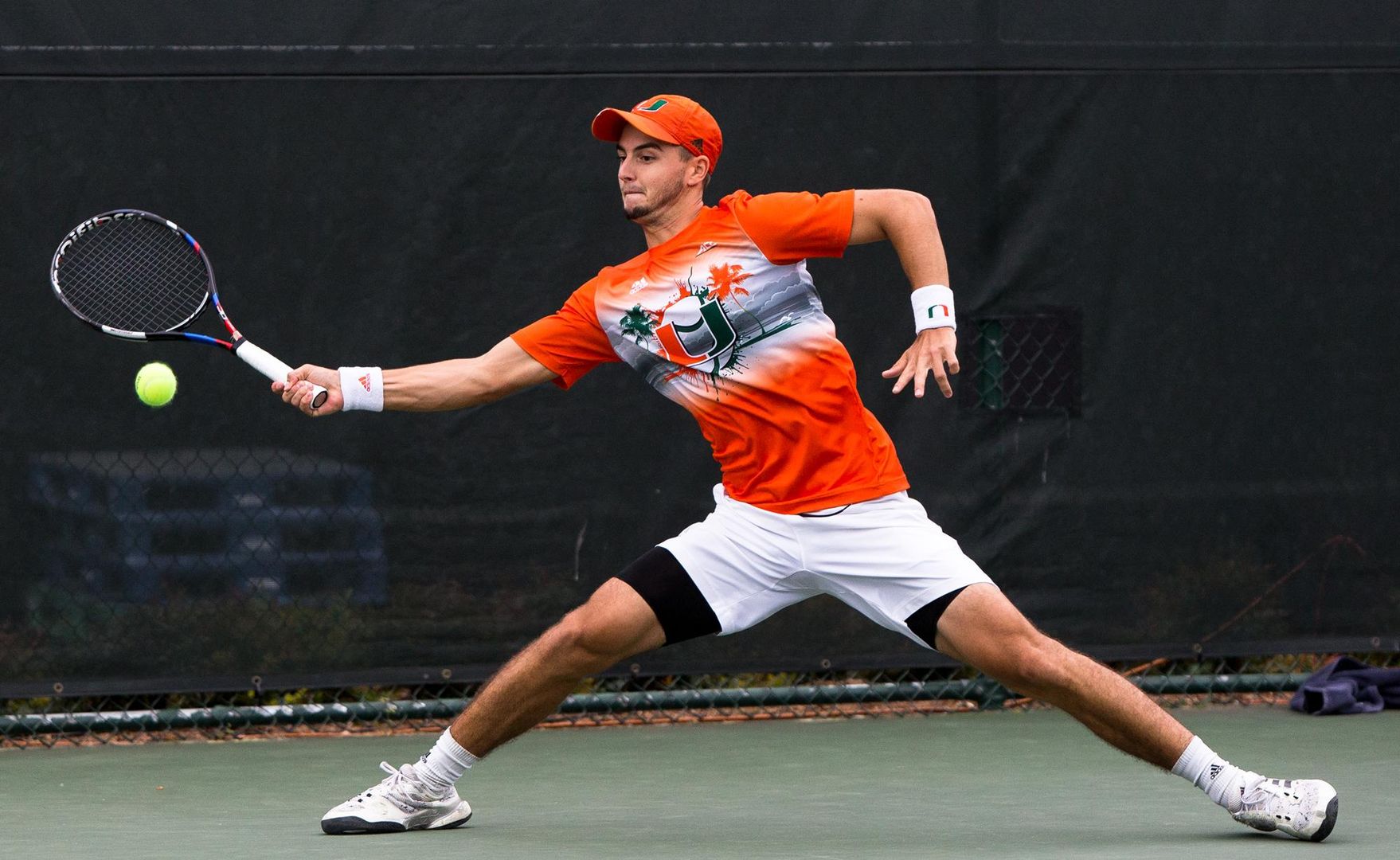 Canes Wrap Up the Fall Season in Texas

AUSTIN, Texas – The University of Miami men’s tennis season wrapped up the fall portion of its 2018-19 season capturing a pair of back draw titles on the Texas Tennis Center courts at the Longhorn Invitational.

Competing in the Flight B Blue draw finals, redshirt junior Dane Dunlap closed out his fall campaign with a straight-set victory over Liberty’s Nicaise Muamba, 7-6 (7-4), 6-4.