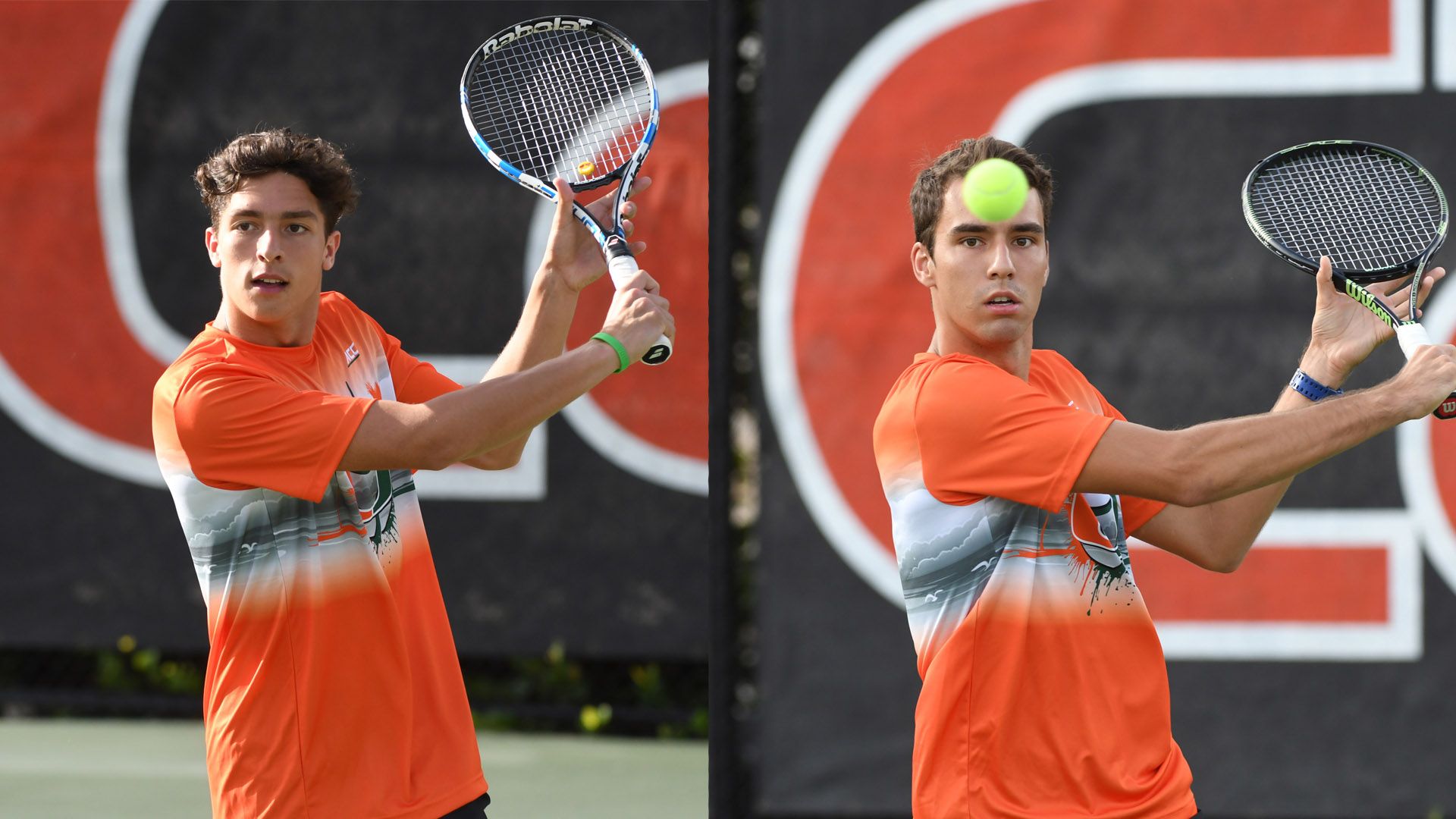 AUSTIN, Texas – Freshmen Franco Aubone and Kaya Gore of the University of Miami men’s tennis team captured a doubles title Saturday at the Longhorn Invitational, while the Canes went a perfect 3-0 in singles matches played at the Texas Tennis Center.

Opening the morning in semifinal action, the Hurricanes’ freshmen duo matched up against St. Edward’s Jackson Cobb and Tommy MyInikov in the Flight C Gold doubles draw. The pair cruised to an 8-2 victory to earn a spot in the championship match.

On the opposite side of the bracket redshirt junior Dane Dunlap and junior Stephen Madonia topped Marquette’s Brett Meyers and Brandon Shanklin, 8-3, to set up an all-Miami matchup.

After a back-and-forth match, the freshmen earned a tiebreaker victory, 8-7 (10-8), to claim the doubles title.

In singles action, Aubone reached the finals of the Flight C Blue draw, following a three-set thriller against Tyler Junior College’s Alex Parker. After dropping the opening set, 2-6, the freshman rebounded by winning 12 of the final 14 games to win, 2-6, 6-2, 6-0.

Aubone will return to the courts Sunday at 11:45 a.m. ET against Auburn’s Tad Maclean.

In the Flight B Blue Draw, Dunlap earned a 6-0, 7-5 triumph over Marquette’s Brett Meyers. The redshirt junior will return to the courts Sunday morning at 10 a.m. ET against Liberty’s Muamba.

After breezing through the opening set, 6-0, Bastias opponent, Tim Dollman of Auburn, retired from the match, advancing the freshman to the Flight A Blue Draw finals, Sunday at 10 a.m. ET.