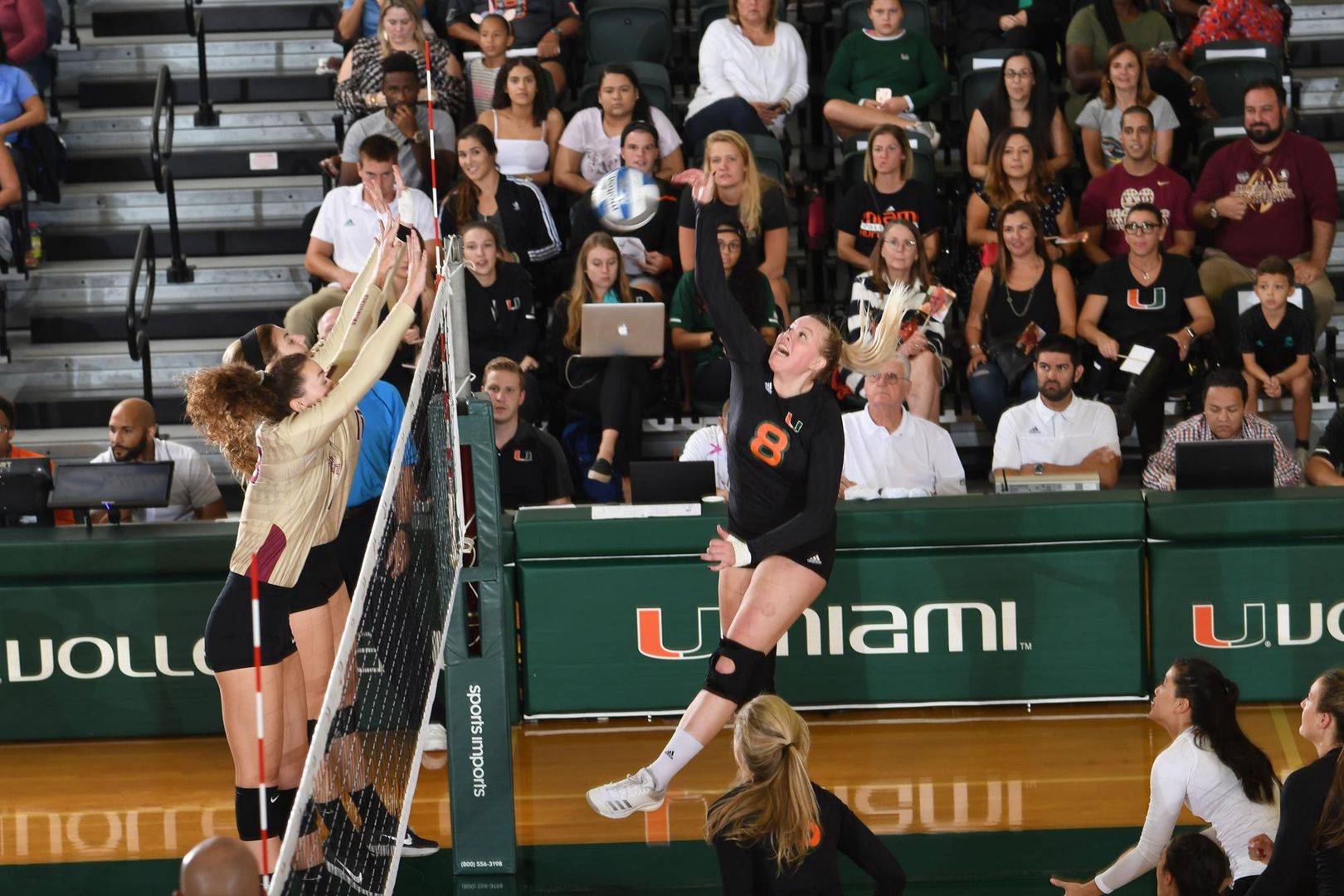 WINSTON-SALEM, N.C. –  The University of Miami volleyball team lost a heartbreaker at Wake Forest, 3-2, on Friday night at Reynolds Gym.

Miami (13-9, 9-6 ACC) took the first set against the Deacons, 25-16, with an impressive .417 attack percentage. The Hurricanes’ offense was rolling early with five Miami players recording at least one kill with outside hitter Elizaveta Lukianova registering five of her eight in the first.

Outside hitter Kolby Bird was effective in the second set with a team-high five kills, also registering her 16th ace of the season. Bird finished with a season-high 18 kills against the Deacons and has now recorded 787 in her career. Miami took the 2-0 lead after winning the second set, 25-20.

The Deacons took advantage of a .370 attack percentage in the third set, producing 15 kills against the Canes. Despite Bird hitting a .545 and recording seven kills off 11 attacks, the Canes dropped their first set of the match, 25-20.

The fourth set was the closest of the match, with the score being tied 11 times and the lead changing hands five times. Wake Forest jumped out to its biggest edge at 10-5, but the Canes would pull within one after two kills by Bird and Bridget Wallenberger.

Wallenberger led the Canes with four kills and one of her four blocks in the fourth, but the Deacons were able to tie the match after a match-high .371 attack percentage in the 26-24 set win.

Wake Forest forced Miami to play in just its third five-set match of the season on Friday. The Canes were able to grab an early 6-3 lead before the Deacons made a run. With Miami leading 10-6, Wake Forest went on a nine-point run to take the set and, ultimately, the match, 15-10.

Miami travels to Chapel Hill, N.C., on Sunday to face North Carolina at 1 p.m., at Carmichael Arena. The Tar Heels, hosting the Canes for their lone match of the weekend, hold a 6-17 overall record,including a  2-12 ACC mark.