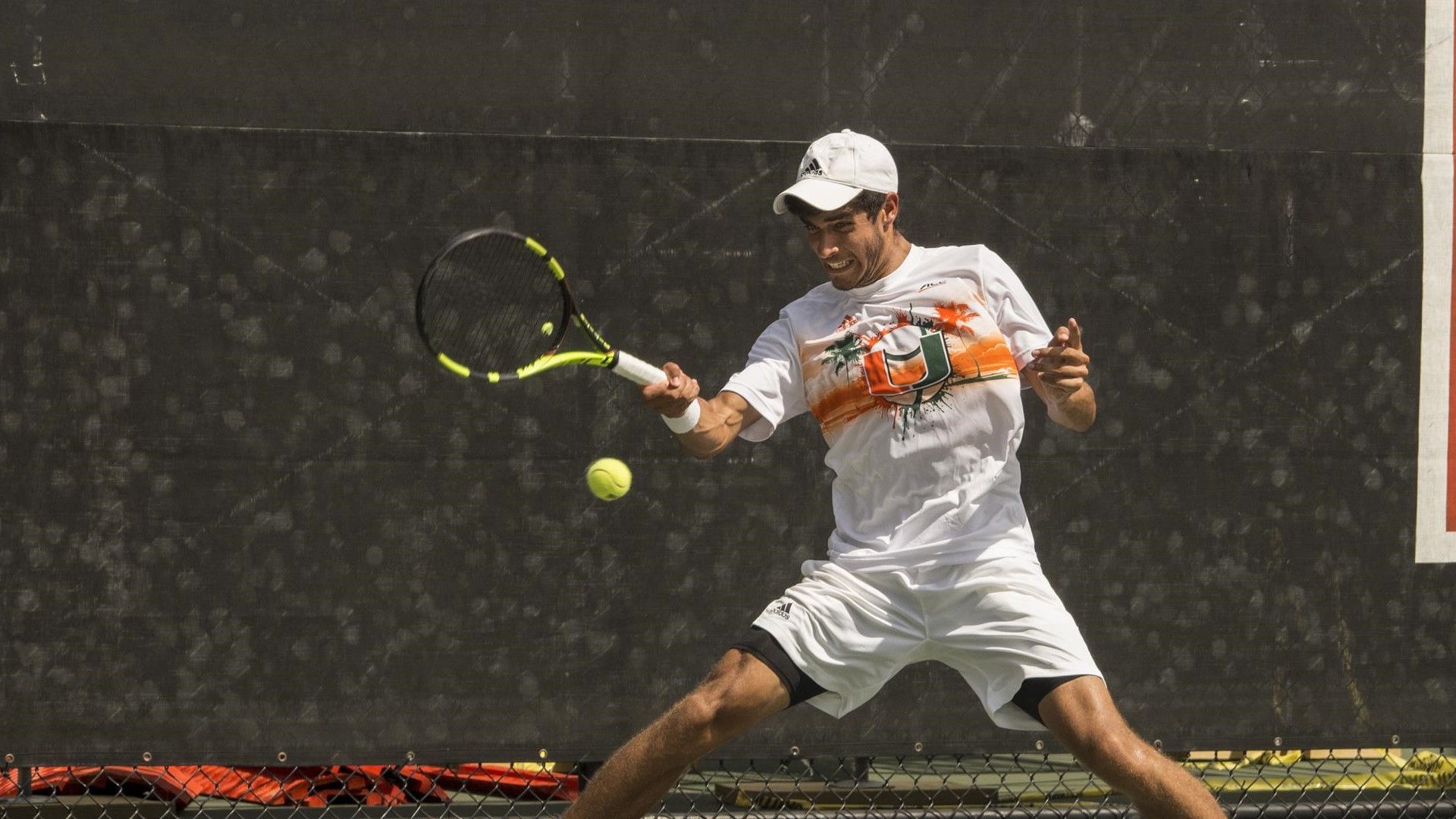 A Pair of Canes Pick up Wins in Elite ITA Tournament

SURPRISE, Ariz. – A pair of sophomores on the University of Miami men’s tennis team picked up victories in the opening round of the 2018 Oracle ITA National Fall Championships.

“Both Bojan [Jankulovski] and Adria [Soriano Barrera] had matches today that required them to play mentally tough,” Miami assistant coach Petar Danolic said. “It is different conditions out here than what we are used to. They did well adapting today, but mainly, they stayed strong mentally. That’s what won them today’s matches.”

Jankulovski, ranked 92nd-nationally, kicked off tournament action Wednesday at the Surprise Tennis & Racquet Complex, against No. 85 Sven Lah of Baylor. Trailing 4-6 in the opening set tiebreaker, the Skopje, Macedonia, native rallied back to claim the set 7-6 (8-6).

After Jankulovski jumped out to an early 4-1 lead in the second set, the Bears’ sophomore clawed his way back to tie the set at five. Jankulovski then earned the next two games to seal the straight set victory, 7-6 (8-6), 7-5.

The sophomore will return to the courts Thursday against USC’s Daniel Cukierman, ranked 31st nationally and seeded sixth.

On the opposite side of the bracket, No. 41 Soriano Barrera squared off against No. 105 Ricky Hernandez-Tong of New Mexico.

Quickly claiming the opening three games, the sophomore went on to win the opening set, 6-3, before falling in the second set, 2-6. In a back-and-forth third set tiebreaker, the Barcelona, Spain, native topped Hernandez-Tong, 6-3, 2-6, 7-5, setting up a Round of 32 matchup against No. 47 Harrison Scott of Texas on Thursday.

“Looking towards tomorrow’s matches, we all have every reason to be proud of Bojan and Adri and how they are representing The U this fall,” Danolic said.

Over the course of the tournament, live scoring via Tennis Ticker will be available HERE, while TempuZ will provide live streaming coverage from two courts at the Surprise Tennis & Racquet Complex.

Sunday’s tournament final in the Grand Canyon State will be broadcast live on ESPN3 and then re-aired on ESPNU two days later, Nov. 13, at 5 p.m. ET. The victor will receive a main draw wild card berth to a 2019 Oracle Challenger Series event.