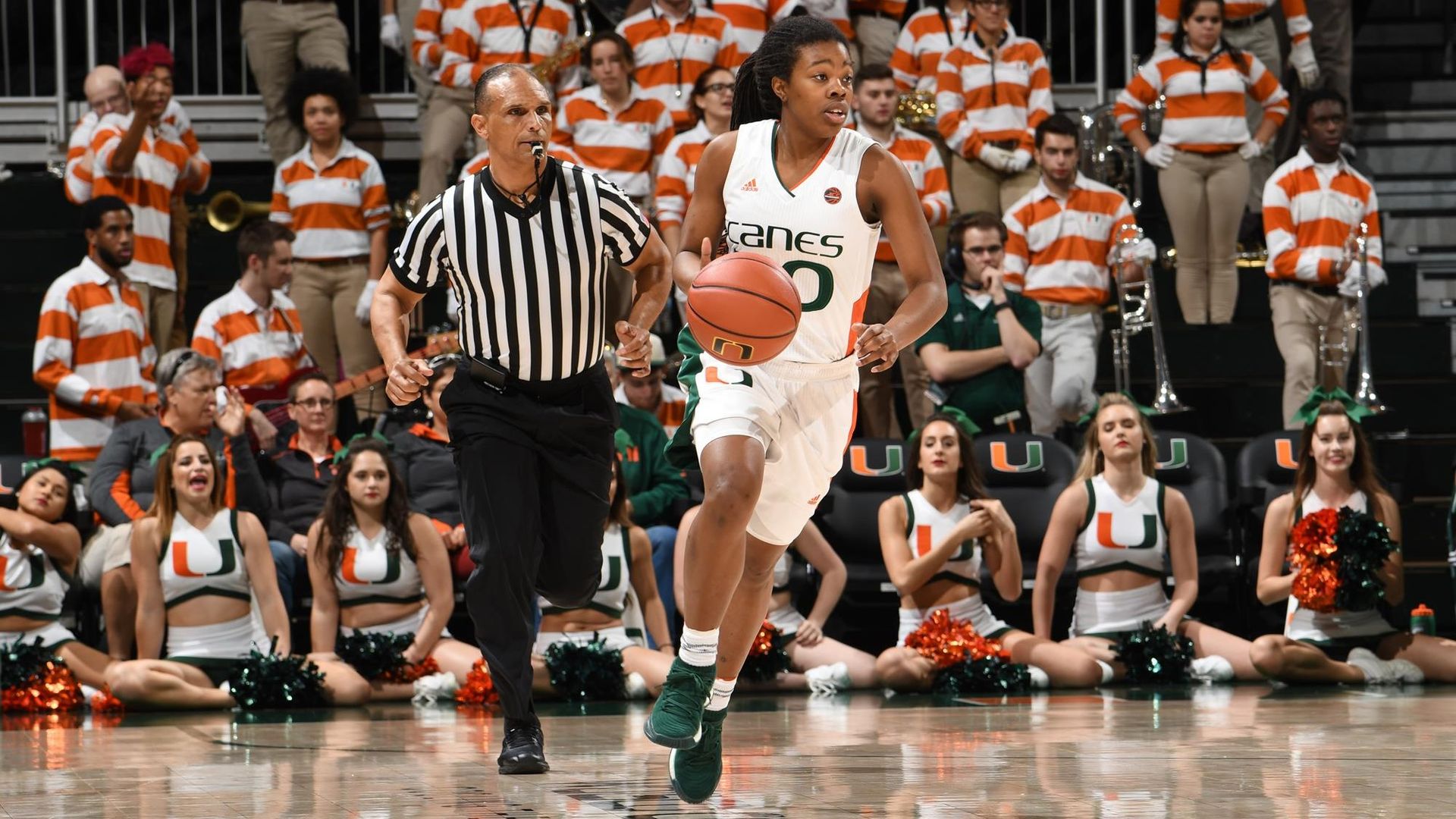 CORAL GABLES, Fla. – For the second time in as many days, the University of Miami women’s basketball team garnered a preseason top-25 ranking.

The Hurricanes earned the No. 24 spot in the first USA TODAY Coaches Poll of the 2018-19 season, recording 92 points in the balloting.

This is the second time in three years Miami is ranked in the preseason top 25 by both the Associated Press and the coaches. The full USA TODAY Coaches Poll is available HERE.

As was also the case in the AP Poll released Wednesday, Miami is one of six ACC teams in the coaches’ top 25. The Hurricanes are joined by top-ranked Notre Dame, fourth-ranked Louisville, No. 16 NC State, No. 18 Syracuse and No. 20 Duke. North Carolina and Florida State also received votes in the polling.

Miami finished the 2017-18 season at 21-11 (10-6 ACC), made the postseason for the ninth year in a row and reached the NCAA Tournament for the fourth straight season.

The Hurricanes, who posted a 91-67 win over Nova Southeastern in their exhibition game Monday night, open the regular season Nov. 6 in Miami on the road at FIU at 7 p.m.