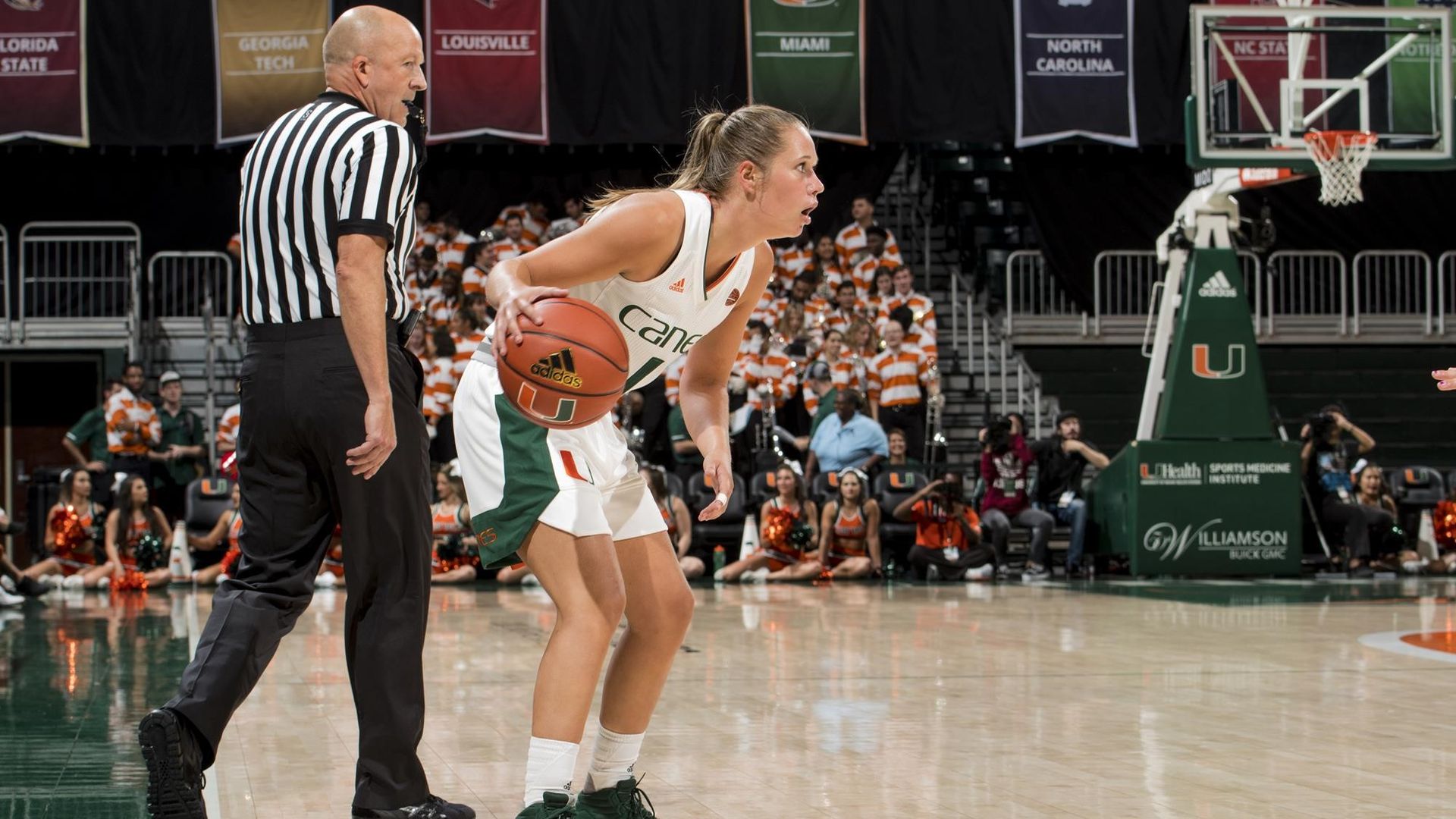 CORAL GABLES, Fla. – The University of Miami women’s basketball team is among the top 25 teams in the nation to open the 2018-19 campaign, according to the preseason Associated Press Poll released Tuesday.

Miami checked in at No. 25 on the list, earning 84 points in the voting. Three voters put the Hurricanes in the top 20 nationally, with Miami peaking at No. 13 in the balloting.

This is the third year in a row the Hurricanes are in the preseason top 25 of one of the two major polls, as well as the fourth straight season they are at least receiving votes. The full preseason poll is available HERE.

Miami is one of six ACC schools in the top 25, a group that features unanimously top-ranked Notre Dame. Also included are fifth-ranked Louisville, No. 17 NC State, No. 18 Syracuse and No. 21 Duke. Three other ACC teams—Florida State, Virginia Tech and Virginia—received votes in the polling.

The Hurricanes are coming off a 21-11 (10-6 ACC) season in 2017-18, reaching the postseason for the ninth straight year and the NCAA Tournament for the fourth consecutive year.

After a 91-67 victory over Nova Southeastern Monday night in their exhibition game, the Hurricanes begin the regular season Nov. 6 at 7 p.m. across town in Miami against FIU.