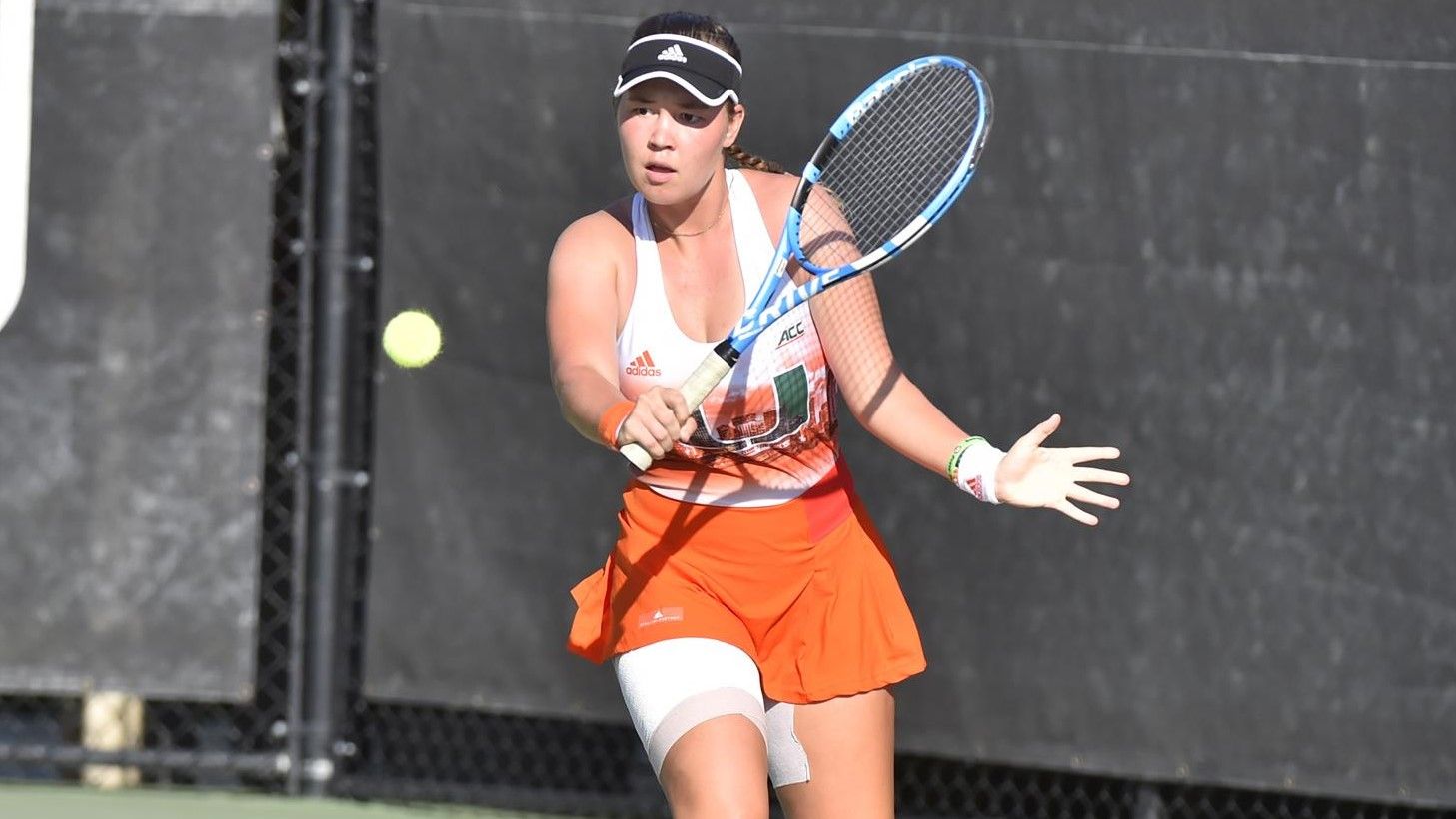 AUBURN, Ala. – The University of Miami women’s tennis team turned in a solid performance Saturday on day two of the Marliss Gruver Fall Invitational.

Miami tallied a 7-4 mark, including a 3-2 ledger in singles to go along with another walkover win, at Auburn’s Yarbrough Tennis Center.

The Hurricanes went 4-2 in doubles play, going 2-1 in the semifinal rounds and 2-1 in the closing rounds.

Junior Estela Perez-Somarriba and senior Daniella Roldan, ranked No. 51, fell to No. 49 Jandric and Machalova, 7-8 (7-0), before downing Alter and Rice, 8-2, in the consolation back draw of Flight No. 1.

In the Flight No. 2 main draw, senior Ana Madcur and freshman Lucia Marzal Martinez, seeded second, logged an 8-2 triumph over Georgia State’s Anastasia Grosheva and Lara Vovk to reach the finals. They then dropped a 5-8 decision to top-seeded Martina Cappuro and Camila Moreno of Oklahoma.

Singles play started off anticlimactically for the Hurricanes, as third-ranked Perez-Somarriba’s top-100 matchup with No. 92 Jandric in Flight No. 1 did not take place due to withdrawal. Perez-Somarriba, seeded first, advanced to the finals without taking the court.

Shirokova garnered a spot in the the championship of Flight No. 3 by storming past Caroline Turner of Auburn, 6-0, 6-2.

This is the second time in 2018 Ito and Madcur are scheduled to face off in a draw championship match; they did not end up playing the first time in the Miami Fall Invite.

All of Saturday’s matches are scheduled to begin at 10 a.m. ET. For more information on the Marliss Gruver Fall Invitational, including all the full draws, visit the official website HERE.