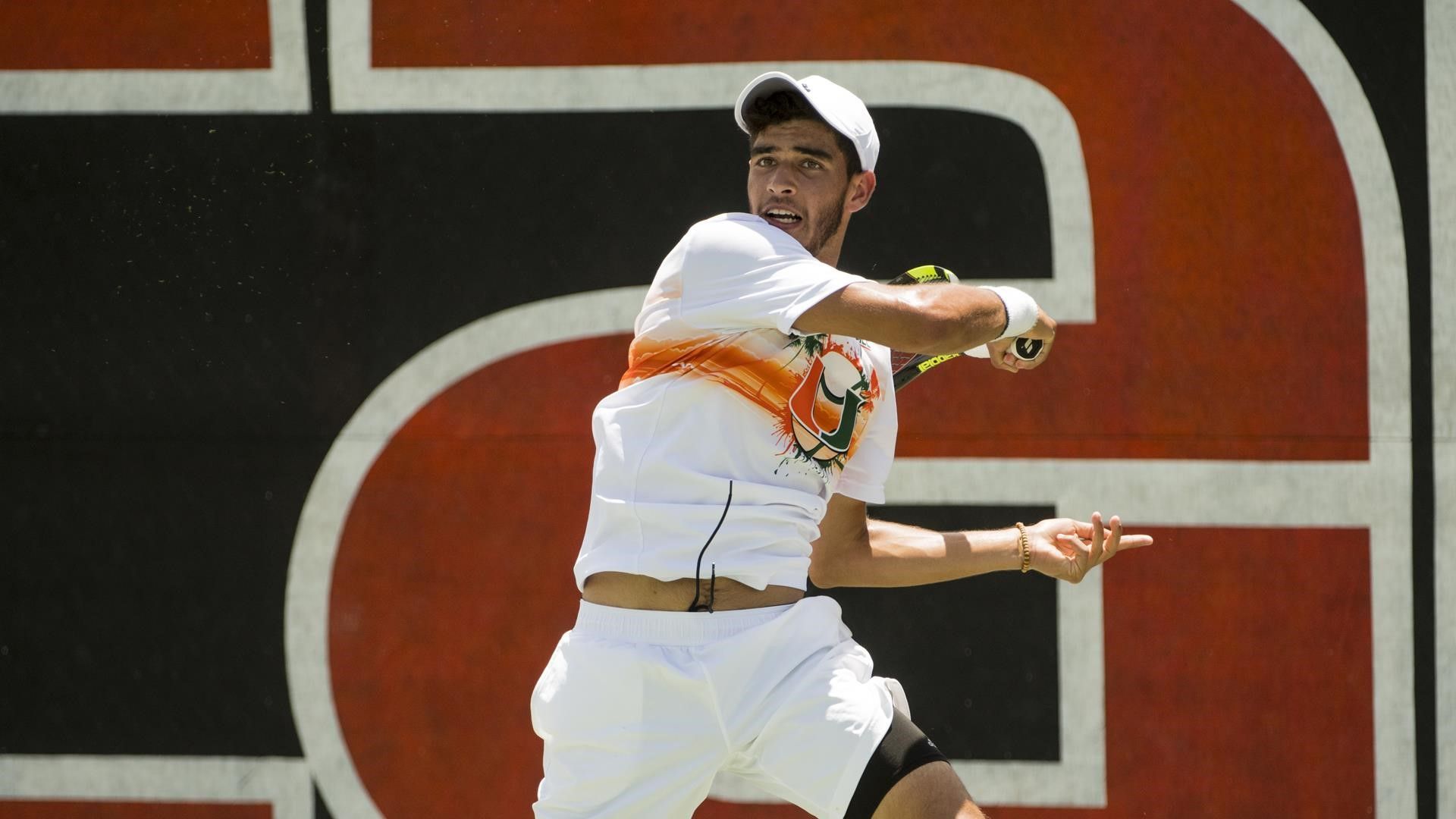 Trio of Canes To Compete in Regional Finals and Semifinals

ATHENS, Ga. – A trio of University of Miami men’s tennis student-athletes will continue to make a run at the ITA Southeast Regional Championships Presented by Oracle title, as Adria Soriano Barrera advances to the singles championship and Bojan Jankulovski and Francisco Bastias will team-up in the semifinals.

Competing on the Dan Magill Tennis Complex courts at the University of Georgia, No. 41 Soriano Barrera cruised to a straight-set victory, 6-3, 6-4, over Florida’s Duarte Vale, who is ranked 57th nationally, in quarterfinal action.

After taking a couple hours to regroup, the sophomore matched up against UCF’s Juan Pablo Grassi Mazzuchi. Mazzuchi entered the match locking up four consecutive straight-set victories, including a, 6-1, 6-1, quarterfinals victory over the nation’s 11th–ranked singles player, Johannes Ingildsen of Florida.

That streak quickly came to an end, however, as the Barcelona, Spain, native picked up a 6-4 first set victory, before securing the overall victory, 6-4, 6-2.

As one of 24 regional finalists, the sophomore locked up a berth in the prestigious Oracle ITA National Fall Championships, held Nov. 7-11 in Surprise, Ariz., with one match to play.

Soriano Barrera will look to secure the Southeast Regional title Tuesday at 10 a.m. against No. 22 Jan Zielinski of Georgia.

Also hitting the Dan Magill Tennis courts this morning, No. 92 Jankulovski’s strong showing at the tournament came to an end when the sophomore fell against No. 35 Alberto Barroso-Campos of South Florida, 6-4, 6-4.

“Great weekend for both Adri and Bojan. They are showing great leadership for our team on how to compete and fight on the tennis court. I am very proud of both of them,” assistant coach Petar Danolic said. “Adri is playing tennis on a very high level. He is one of the best players in the nation at the moment. The final is like any other match. He will play aggressive and give his best physical and mental effort. We will see the outcome afterwards.”

In doubles action, Jankulovski returned to the court alongside Bastias. Tied 3-3 with UCF’s doubles tandem of Trey Hilderbrand and Juan Pablo Grassi Mazzuchi, the Hurricanes’ duo rallied off four consecutive games, before securing a semifinal berth with an 8-4 victory.

“Bojan and Francisco are two great singles players, and they also happen to click well in doubles. They return well and poach well at the net. This wins them a lot of points,” Danolic said. “It has been a great tournament for them as well.”

Jankulovski and Bastias will open up semifinal action Tuesday at 9 a.m. against the nation’s 24th-ranked double team out of Florida, Ingildsen and Brian Berdusco.

The winner will then advance to Tuesday afternoon’s championship against the winner of the second semifinal match between Sebastian Arcila and Alex Knaff of Florida State and Felipe Escobar and Mateo Ruiz of FGCU.