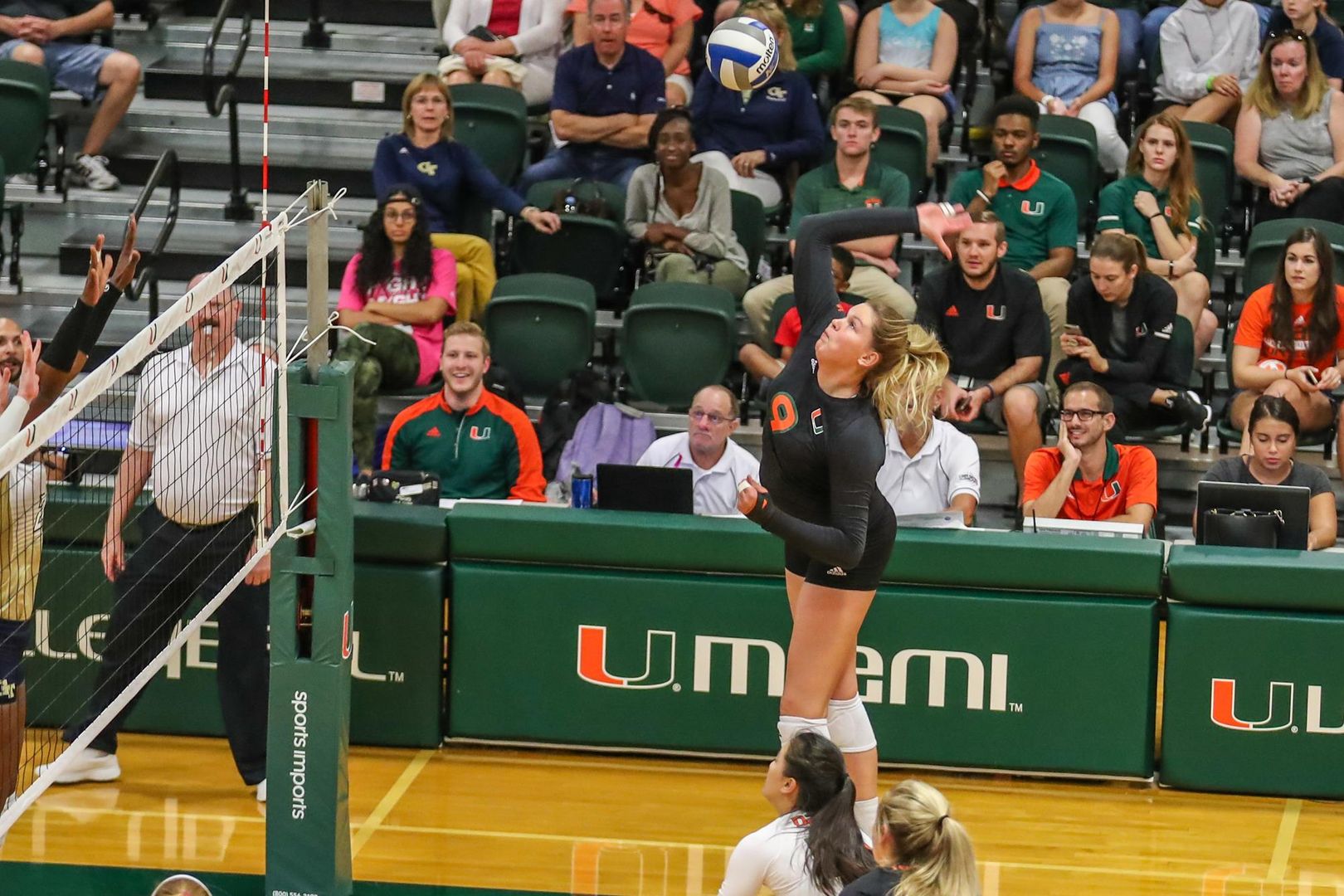 Miami and Georgia Tech (13-10, 2-8 ACC) both recorded 15 kills in the first set, but the Canes’ efficient .406 attack percentage led the Canes to a 25-22 set win. Elizaveta Lukianova got back to her dominant offensive ways, recording five of her 14 kills, and was joined by four other Canes who recorded at least one kill in the first.

“We got Liza to contribute more tonight and that’s what we’ve been able to do in the last few weeks,” head coach Jose “Keno” Gandara said. “Our hitters were great and we had a lot of different players be involved today.”

Setter Haley Templeton recorded the Canes first ace of the match in the second set to put Miami up, 10-5. Templeton finished with three of Miami’s five aces, increasing her tally to a team-leading 23 on the year. The redshirt senior entered the match third in the ACC with 0.38 aces per set.

Miami took advantage of six Georgia Tech errors in the second set and took the 2-0 lead off a 25-19 set win.

“We responded well after the third set,” Gandara said. “We did a nice job getting back to our game plan after that.”

Templeton’s two service aces and three kills led the Canes to a 25-16 set win and the Canes’ fifth consecutive Sunday win. Brown finished with 12 kills and eight digs, while Kolby Bird (11) finished her seventh consecutive match with 10 or more kills.

“It’s a quick turnaround for us, but we’re ready to play,” Gandara said.