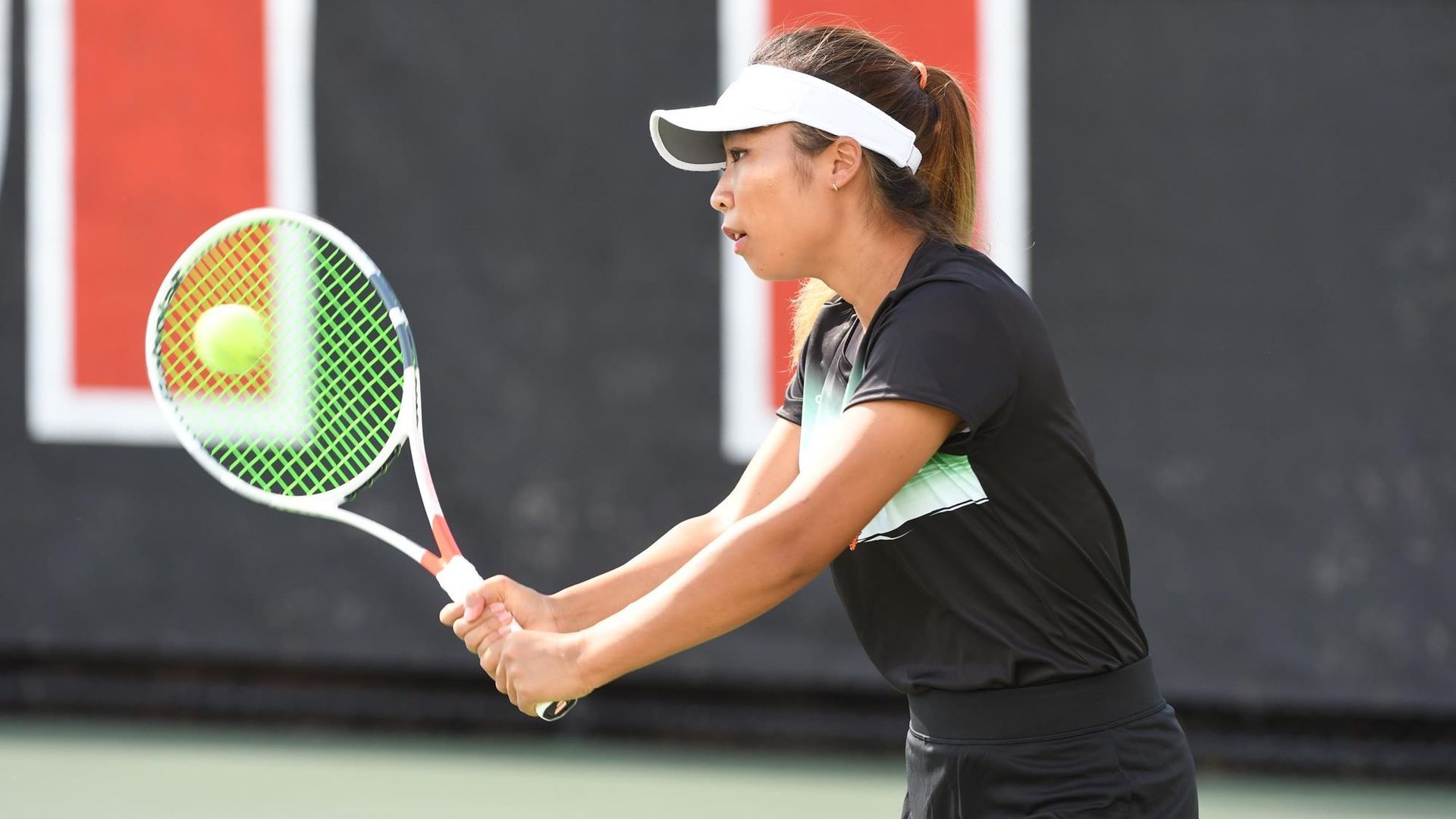 The Hurricanes went 1-2 in their three singles matches at Georgia Tech’s Ken Byers Tennis Complex to finish their three-day showing at 10-6, including 6-4 in singles play, to go along with two additional walkover victories.

“Ito played a disciplined match,” Miami head coach Paige Yaroshuk-Tews said. “She was implementing things we have been talking about.”

Senior Ana Madcur saw her impressive run in the singles main draw end in the quarterfinals, as she fell to Florida’s No. 62-ranked and fourth-seeded McCartney Kessler, 0-6, 3-6.

Freshman Lucia Marzal Martinez dropped a 1-6, 5-7 decision to North Florida’s Ana Paula Melilo in the quarterfinals of the second-round consolation bracket. Marzal Martinez was seeded third in the draw, while Melilo was eighth.

The Hurricanes return to action Oct. 26-28 in Auburn, Ala., where they take the court for the Marliss Gruver Fall Invitational.