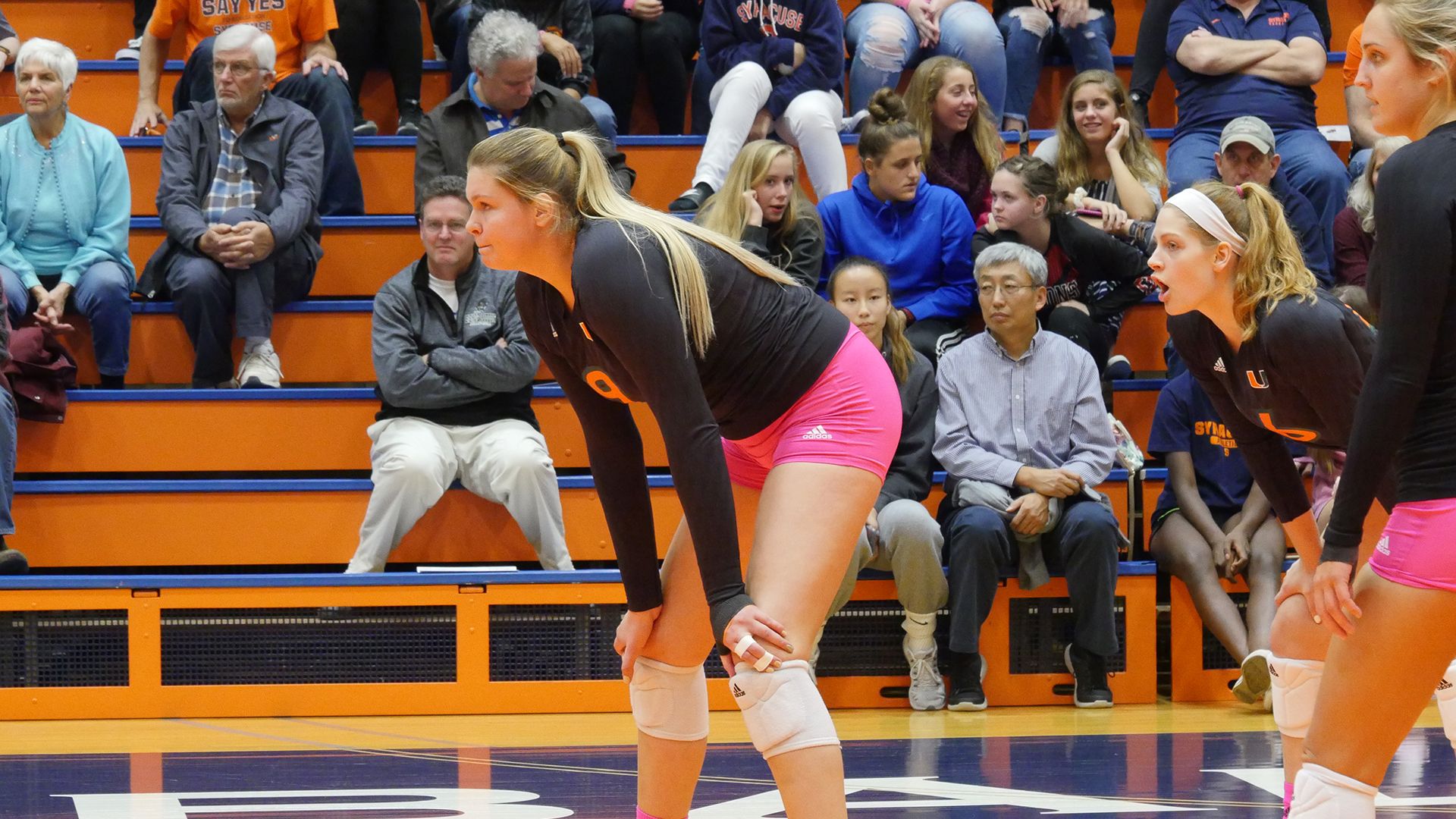 SYRACUSE, N.Y. –  The University of Miami volleyball team dropped its second ACC match of the season on Friday night to Syracuse, 3-1, in the Women’s Building.

Miami was led by its experienced outside hitters, Kolby Bird and Elizaveta Lukianova, in the first set when the pair tallied 13 of the Canes 16 kills. Lukianova led the way to the 26-24 set win with seven kills and finished the match just one shy of her season high 17 kills.

A high-powered Syracuse offense gave the Orange the 2-1 lead in the match after totaling 19 kills and a .486 attack percentage in the third. Syracuse’s senior Santita Ebangwese totaled nine kills in the third on the way to a 25-15 set win.

Miami battled in the fourth set but ultimately fell, 25-22. Freshman Chloe Brown and Bird finished with 11 kills while Lukianova finished with double digit kills (16) for the fourth consecutive match.

Nine Canes recorded at least one dig in Friday night’s match, totaling 48, with freshman libero Emily Damon leading with 12. Damon now has 159 on the year.

Miami will travel to Chestnut Hill, Mass., on Sunday to face Boston College at noon. The Eagles fell to Florida State, 3-1, at home on Friday night to drop to 12-7 overall and 2-5 in the ACC.