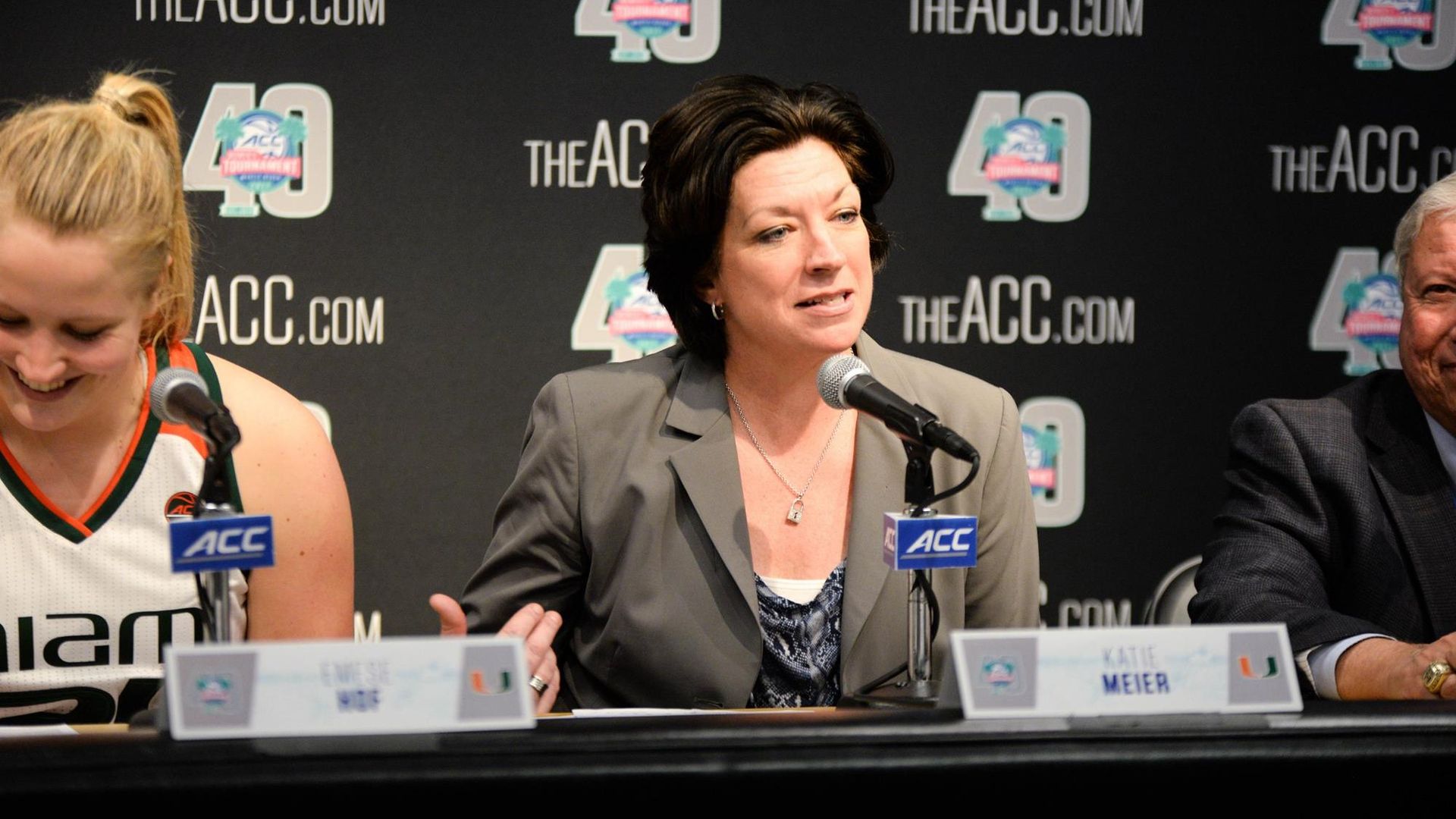 Held at the Sheraton/Le Méridien Charlotte in Charlotte, N.C., the event features the head coach and one to two student-athletes from each of the 15 conference institutions.

Miami will be one of eight schools participating in the morning session, which starts at 8 a.m., along with Florida State, Louisville, North Carolina, NC State, Pittsburgh, Syracuse and Virginia Tech.

Throughout the morning, the Hurricanes will cycle through a variety of different interview and content segments with ESPN, Raycom, FOX Sports South, the ACC and Play4Kay.

Miami is set to be the first team in the live Q&A room, opening the morning live on ACC Network Extra HERE from 8-8:20 a.m.

This is the first time Cornelius and Hof, both Netherlands natives, will represent the Hurricanes at ACC Women’s Basketball Tip-Off. Last year, Meier was joined by then-senior forward/center Erykah Davenport.

Stay updated on all that is going on Tuesday in Charlotte by tacking the hashtag #ACCTipoff, as well as following @ACCWBB on Twitter and @ACCSports on Instagram.