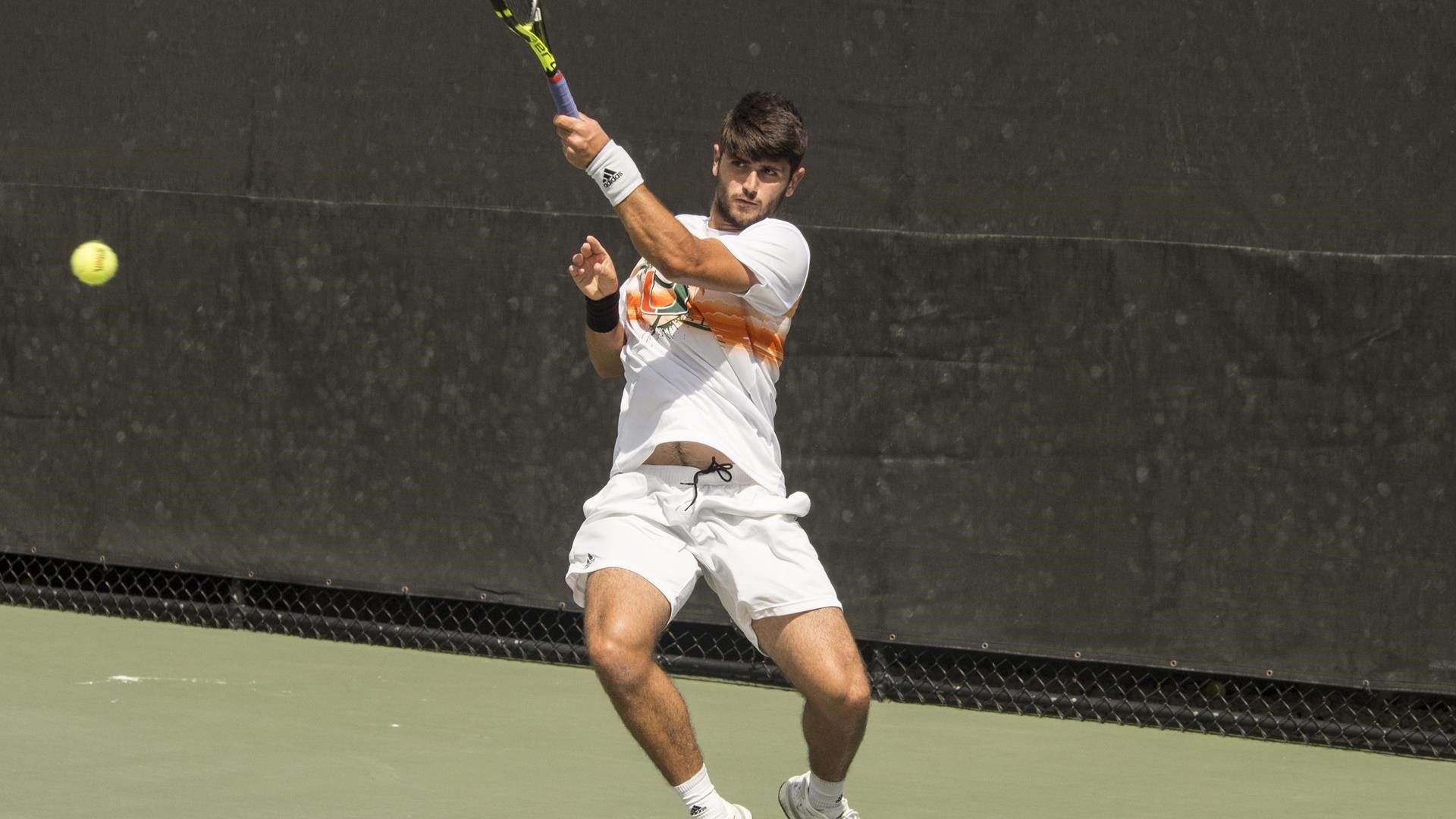 In doubles action, Stephen Madonia and Adria Soriano Barrera battled Nevada’s Julian Evrard and Kostya Nesterenko in the opening round, coming up short, 4-6, 6-7 (3-7).

Also competing in the round of 64, Dane Dunlap and Jankulovski dropped their match against No. 45 Bar Botzer and Julian Zlobinsky of Wake Forest, 3-6, 3-6.

The University of Tulsa is hosting the championship for the 13th straight season, with matches taking place on the courts of the Michael D. Case Tennis Center. Qualifying singles and doubles will continue on Tuesday with main draw matches transpiring between Oct. 4-8.

In addition to vying for the All-American national title, players will be competing to secure a berth into the 2017 Oracle ITA National Fall Championships, which takes place November 1-5, in Palm Desert, Calif. Singles quarterfinalists and consolation singles champion finalists, along with doubles semifinalists and consolation doubles finalists earn a trip to the Golden State.

A player from the ACC has won the Saint Francis ITA Men’s All-American Singles Championship in each of the past eight years. William Blumberg of North Carolina won the 2017 event.