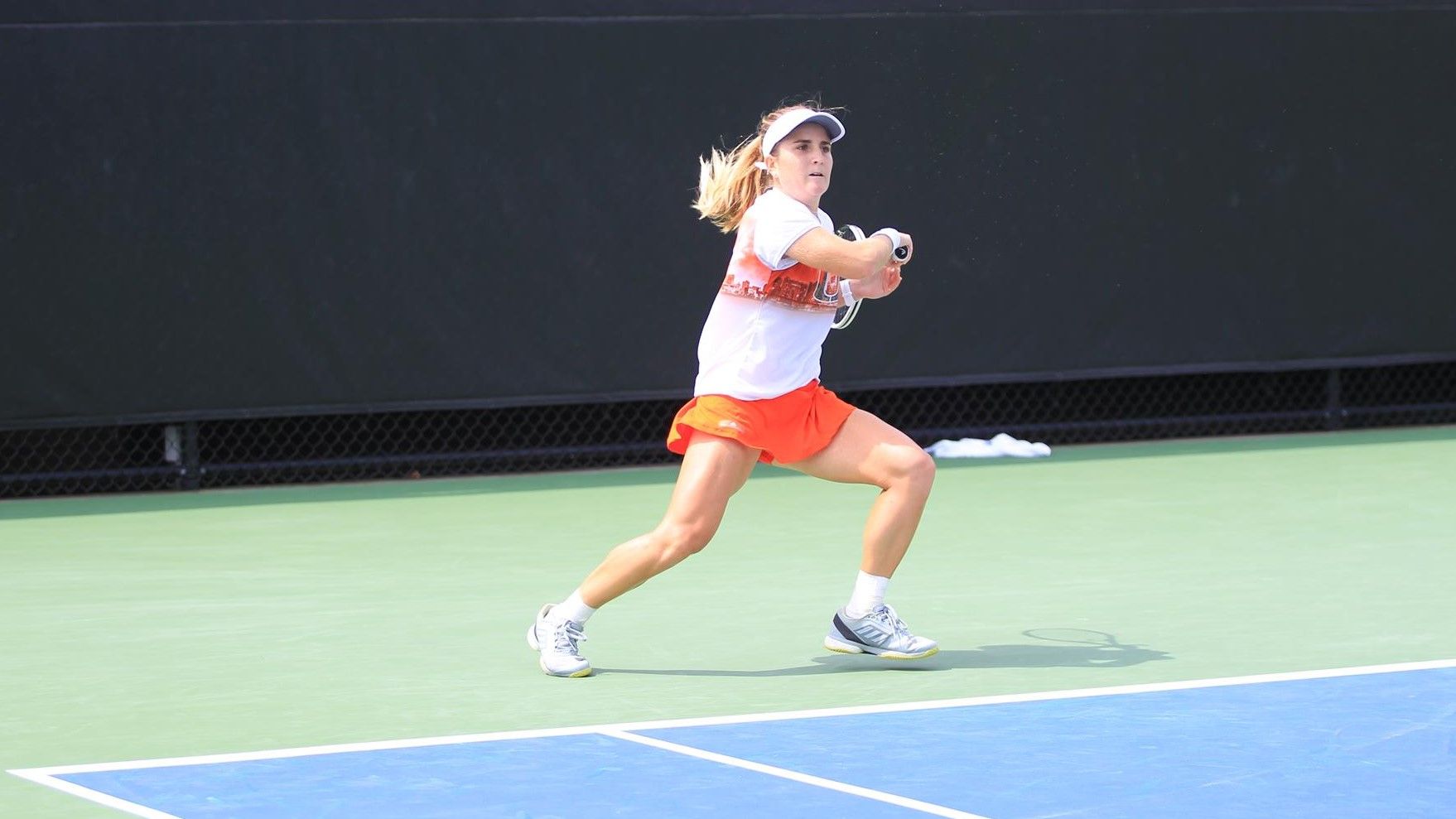 MALIBU, Calif. – Junior Estela Perez-Somarriba of the University of Miami women’s tennis team opened the 2018 fall campaign for the Hurricanes Thursday at the Oracle ITA Masters.

Perez-Somarriba and Harper, ranked No. 12 in singles and No. 16 in doubles on the men’s side, opened the day with a narrow triumph in their Round of 32 match. The fifth-seeded duo in the draw notched a 6-4 victory over Northern Kentucky’s Margita Sunjic and Cleveland State’s Nico Mostardi, both of whom are unranked in singles and doubles.

Soon after that contest, Perez-Somarriba took the court to face Dominique Vasile of Quinnipiac in the singles main draw opening round. Perez-Somarriba, ranked third and seeded fourth, cruised to a 6-2, 6-1 win in her first official match of the fall.

In the evening, Perez-Somarriba and Harper returned to the court to face Adrijana Lekaj of Pepperdine and Nicolas Moreno de Alboran of UC Santa Barbara, the latter of whom is ranked No. 32 in singles and No. 30 in doubles on the men’s side.

Next up for Perez-Somarriba is a matchup with No. 97 Rosie Cheng of William & Mary in the second round of singles action, Friday at 2 p.m. ET. The winner will play again Friday night in the quarterfinals.

For more information on the Oracle ITA Masters, including the complete draws, click HERE. Live video can be found HERE, while live stats are available HERE.

The tournament, which also features matches at the Malibu Racquet Club, runs from through Sunday. The men’s and women’s singles main draw finals on the last day will be broadcast live on ESPN3 and re-aired on ESPNU each of the next two days.