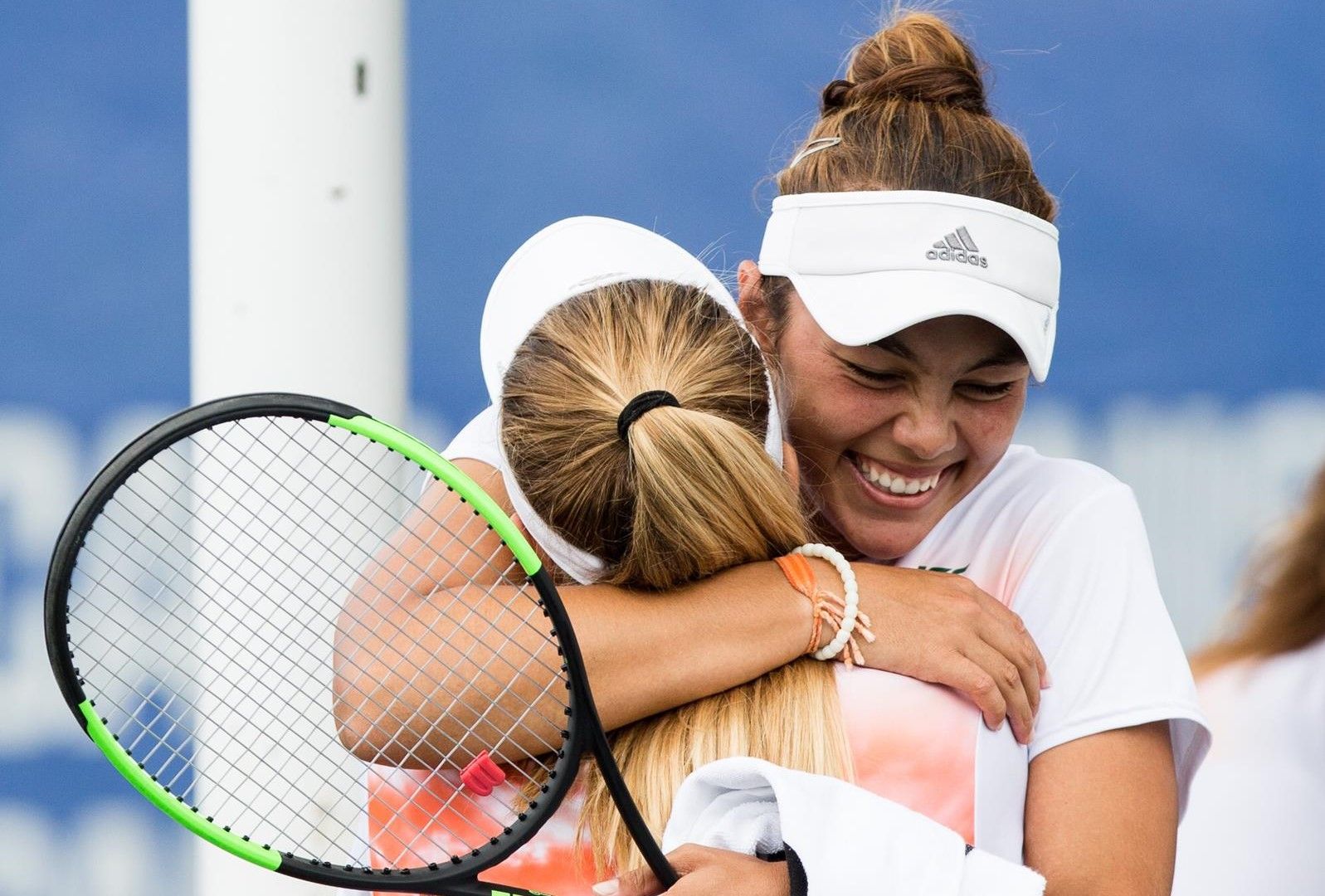 “I was happy with their composure. I thought we fought really hard against a good Virginia Tech team,” Miami head coach Paige Yaroshuk-Tews said. “That team was hot. That team is, hands down, playing 50 percent better than they were when we saw them two weeks ago. I think we did a great job, stayed calm and played hard. So, all in all, happy to get our feet wet in the ACC tournament.”

Virginia Tech (14-12, 3-11 ACC) won the opening doubles match, as Nika Kozar and Nina Sorkin logged a 6-1 victory over sophomore Dominika Paterova and freshman Ulyana Shirokova. Miami, though, did not lose a game on either court the rest of the way.

The No. 79-ranked pair of sophomore Estela Perez-Somarriba and junior Daniella Roldan took the last six games of their match to top Caroline Daxhelet and Natalie Novotna, 6-1.

Senior Sinead Lohan and junior Ana Madcur won the final five games of their contest against Sarah Baron and Katherine Butler to post a 6-3 victory and give the Hurricanes a 1-0 lead.

“I think that Siny and Ana stepped up at the right time. They cut down the unforced errors,” Yaroshuk-Tews said. “[Associate head coach Laura Vallverdu] put in some formations that were effective and they were able to execute. Court one was just dominant, doing what we need to do. When [Daniella and Estela] are both playing a certain style of tennis, they complement each other really well. They got off to a little bit of a slow start in the first game, but I think from that point forward, they were in complete control.”

The Hokies began singles play by evening the score, as Kozar registered a 6-1, 6-0 triumph over Madcur.

Roldan sealed the match for Miami, recording a 4-6, 6-2, 6-2 comeback decision over Elena Cerezo-Codina.

“Roldan played an amazing singles match. [Cerezo-Codina is] a good player she [works really hard] out on the court,” Yaroshuk-Tews said. “She was forcing Dani to hit one more ball. For Dani to be playing as aggressively today with the amount of composure she had, I think shows how far she has come and I’m really happy with her tennis today.”

With simultaneous match points being played at the same time, Shirokova also earned a win, defeating Butler, 6-3, 3-6, 6-2, to give the Hurricanes five points in an ACC Championship match for the first time.

When play was halted, Paterova was also one game away from victory, as she held a 6-4, 6-5 lead on Sorkin.

The Hurricanes will now take on top-seeded and third-ranked Duke Saturday at 10 a.m. in their third straight semifinal appearance, live on ACC Network Extra.