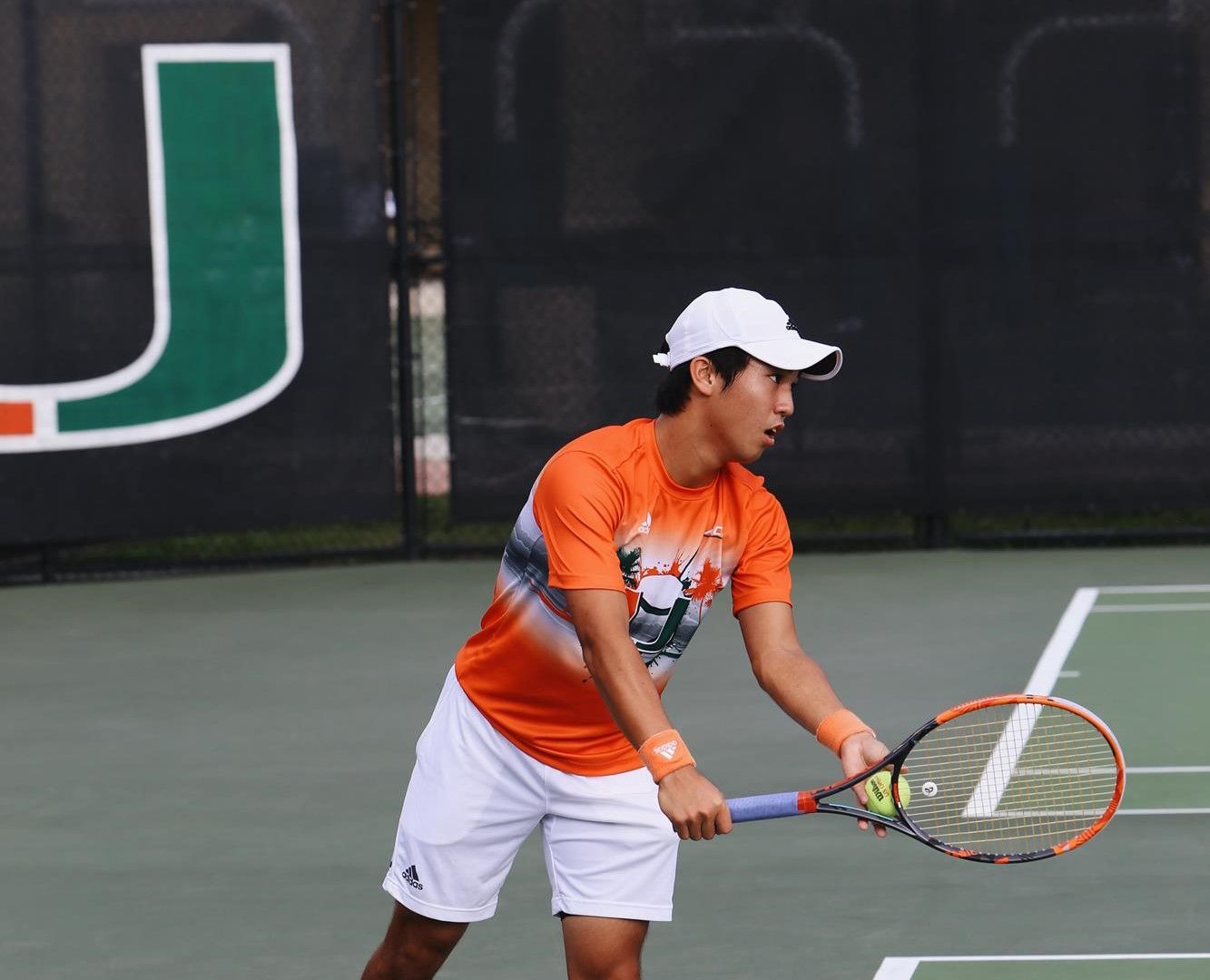 “So happy for our team and so happy for Tatsuki for clinching under really difficult conditions,” Miami head coach Aljosa Piric said. “To win a match on the road in ACC is tough; to win a match in Charlottesville, with as many people as they had in the stands today and the aura of the past success of this program, is really tough.”

The victory extended the Hurricanes’ conference streak to three wins for the first time since March 23, 2014, a run that was halted precisely in Charlottesville.

Senior Nile Clark and freshman Pablo Aycart set the tone for day, losing only three games in doubles play for a convincing 6-3 victory over Kyrylo Tsygura and Jefferson Dockter.

Virginia’s Carl Soderlund and Matthew Lord took the No. 2 matchup, besting redshirt sophomore Dane Dunlap and freshman Bojan Jankulovski, 7-5, to leave the fate of the opening point to the ranked contest at the top of the lineup.

In it, Miami’s 26th-ranked duo of senior Christian Langmo and freshman Adria Soriano faced a double match point by Aswin Lizen and Gianni Ross, but ultimately took down the No. 20 tandem in the nation, 7-6 (7-4), to give Miami the lead. Langmo and Soriano improved to 4-2, with three of those wins coming against top-20 opponents.

Virginia enjoyed a dominant start to singles play, winning the first three contests to take a 3-1 lead. In each of those, the Cavaliers lost three or fewer games.

Tsygura scored the first point for his team by defeating senior Niclas Genovese 6-1, 6-0, in the No. 5 matchup.

At the top of the lineup, No. 68 Soriano saw his five-match win streak come to an end against No. 35 Soderlund, who gave Virginia the lead with a 6-2, 6-1 victory.

No. 35 Lizen, Virginia’s other ranked singles player, also earned a point for the Cavaliers by downing Dunlap 6-3, 6-0, at the No. 3 position.

Jankulovski kept the Canes in the match with a straight-set victory against Lord, 6-1, 6-4. The victory was No. 15 for the freshman this season, as he also improved to 5-0 at the No. 4 position.

“We will enjoy this tonight. We will get some rest, get good practice tomorrow in Blacksburg and we will be ready to take on Virginia Tech,” Piric said.

The Canes will carry their four-match win streak into the latter half of their Virginia road trip, taking on the Hokies at noon Sunday.