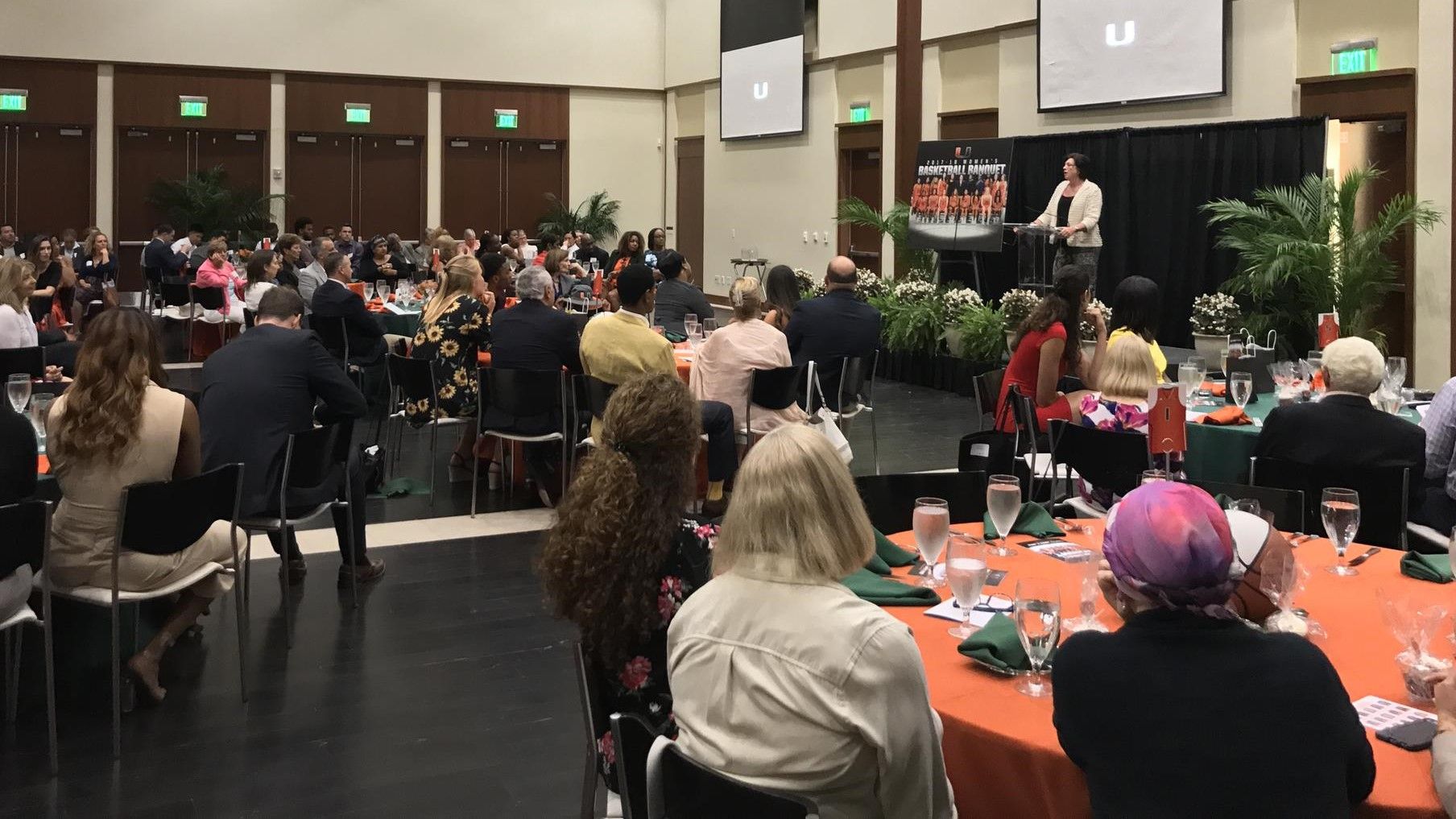 Players, coaches, support staff, managers, practice players and faithful fans were on hand to celebrate yet another superb campaign under the direction of 13th-year head coach Katie Meier.

Miami posted its eighth 20-win season in the past nine years, finishing 21-11 (10-6 ACC), earned a ninth straight postseason berth and made the NCAA Tournament for the seventh time in eight campaigns.

The Hurricanes’ four-player senior class was honored and eight awards were distributed to six different players.

Laura Cornelius, a junior guard from Groningen, Netherlands, received the team’s Academic Award for the second time in three seasons.

Endia Banks, a freshman guard out of Duluth, Ga., garnered the Assists Leader award after finishing with a team-best 87.

Shaneese Bailey, a redshirt senior guard/forward, won the Defensive Lockdown Award, a new honor given out this season.

Kelsey Marshall, a freshman guard from nearby Davie, Fla., received the Hurricanes’ Most Improved Player distinction.

Second Team All-ACC pick Erykah Davenport, a senior forward/center out of Decatur, Ga., tallied three honors on the night. First, she earned the Windex Award for logging a team-high 267 rebounds and then she was named the Most Intense Player.

Lastly, Davenport, who set the program single-season record with a 54.9 field goal percentage, garnered the Most Valuable Player award.

Miami is set to return seven letter winners from this year’s team in 2018-19, as well as three other players who missed the season due to injury and a fourth who did not compete in accordance with transfer rules.