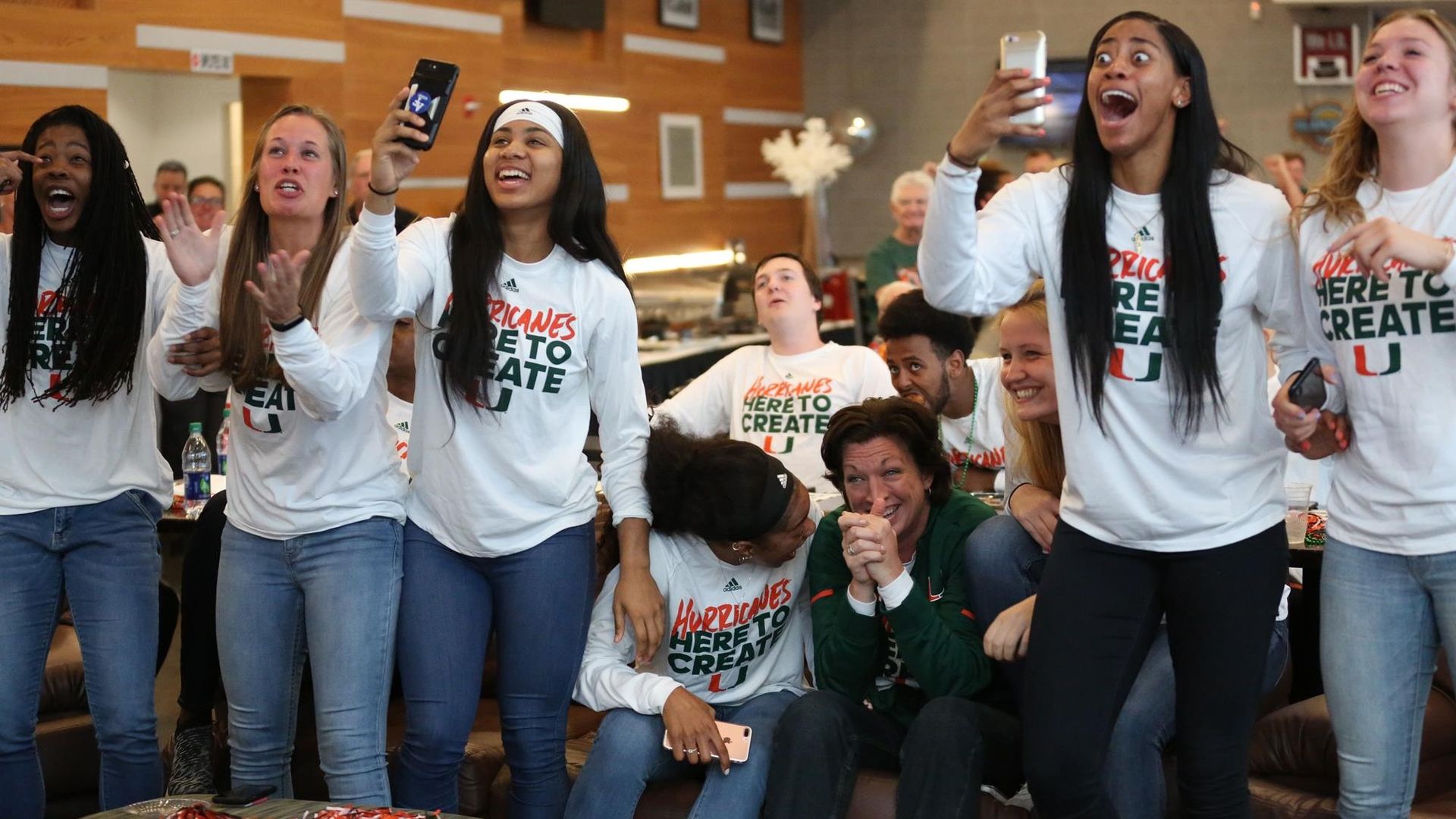 CORAL GABLES, Fla. – For the seventh time in the past eight seasons, the University of Miami women’s basketball team is headed to the NCAA Tournament.

Miami (21-10, 10-6) was tabbed as the eighth seed in the Albany Region, as revealed Monday night on the ESPN Selection Show, and will be in Storrs, Conn.

The Hurricanes, in their 13th NCAA Tournament appearance, open play Saturday at 1:30 p.m., against ninth-seeded Quinnipiac (27-5, 18-0 MAAC) at Gampel Pavilion.

This marks the first time in school history a Miami basketball team, regardless of gender, is going to the NCAA Tournament four years in a row.

Miami is 6-12 all-time in NCAA Tournament play and has reached the Round of 32 in four of its last six berths. This is the third time the Hurricanes are seeded eighth, joining the 1988-89 and 2012-13 campaigns.

Head coach Katie Meier, in her 13th season directing the Hurricanes, has now led Miami to the postseason for the ninth straight year, tripling the program’s top prior mark set from 2002-04.

The Hurricanes’ contest against the Bobcats will be televised live on ESPN2. Miami is 2-1 all-time against Quinnipiac and the sides met last year in the second round of the NCAA Tournament, with the Bobcats earning an 85-78 road victory.