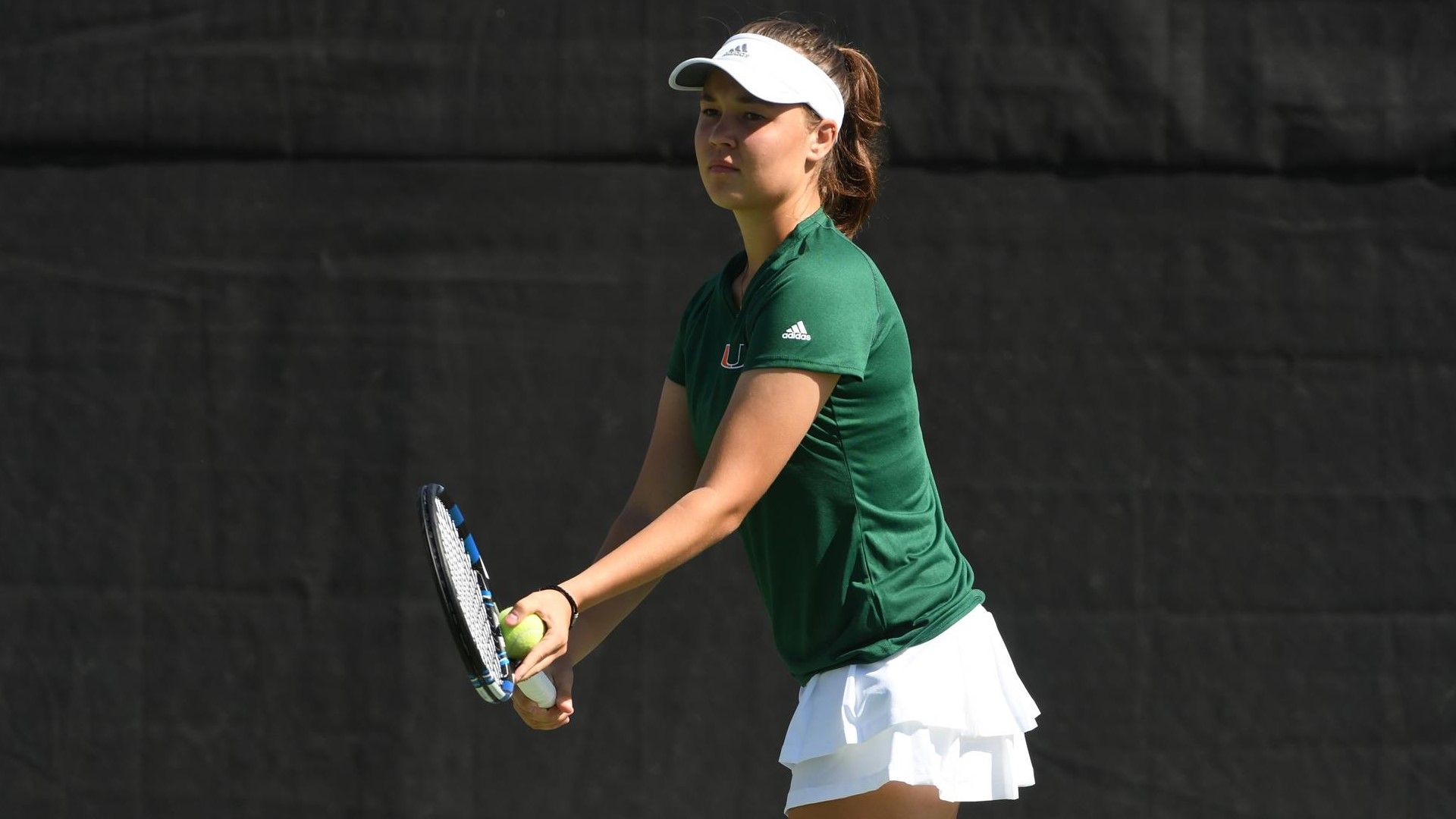 “I think we looked good. It was good to get out in the weather and get acclimated,” Miami head coach Paige Yaroshuk-Tews said of the team’s first match of the day. “I definitely think at a couple positions we need to raise the level, but overall, I think we’re striking the ball pretty well.”

In their first match together this spring, senior Sinead Lohan and junior Ana Madcur got Miami off to a stellar start with a quick 6-0 triumph over Julia Candiotto and Tanja Skalda.

Sophomore Dominika Paterova and freshman Ulyana Shirokova clinched the doubles point by posting a 6-1 victory against the Longwood (4-3, 2-0 BSO) duo of Yulia Almiron and Kaori Terunuma.

Shirokova opened singles play in dominant fashion, winning all 12 games against Candiotto and recording a 6-0, 6-0 victory in fewer than 35 minutes.

“I think Uly has been doing an exceptional job down low. I think she understands her role moving forward, not just tonight, but into the season,” Yaroshuk-Tews said. “She needs to play disciplined, efficient tennis and define her style. She has been doing a better job of that lately. Sometimes when you play down low, you see slower balls and see different styles. We need to keep playing aggressively and she has been doing that. So, I’m happy with her.”

No. 108 Lohan sealed the result for the Hurricanes by registering an impressive 6-2, 6-1 defeat of Almiron.

When play was halted, Roldan was just one game away from victory, as she was ahead of Terunuma, 6-0, 5-1.

Longwood had the advantage in the other two unfinished matches. Breunig was up, 6-4, on Madcur, while Skalda led freshman Pamela Richter, 6-4, 0-2, in the latter’s dual match debut for Miami.

The shutout win was the 139th of Yaroshuk-Tews’ 17-year tenure at the helm of the Hurricanes, including the 82nd since 2009.

Miami will play its second match of the day at 6 p.m., when it returns to the USTA National Campus to take on No. 16 Florida State.