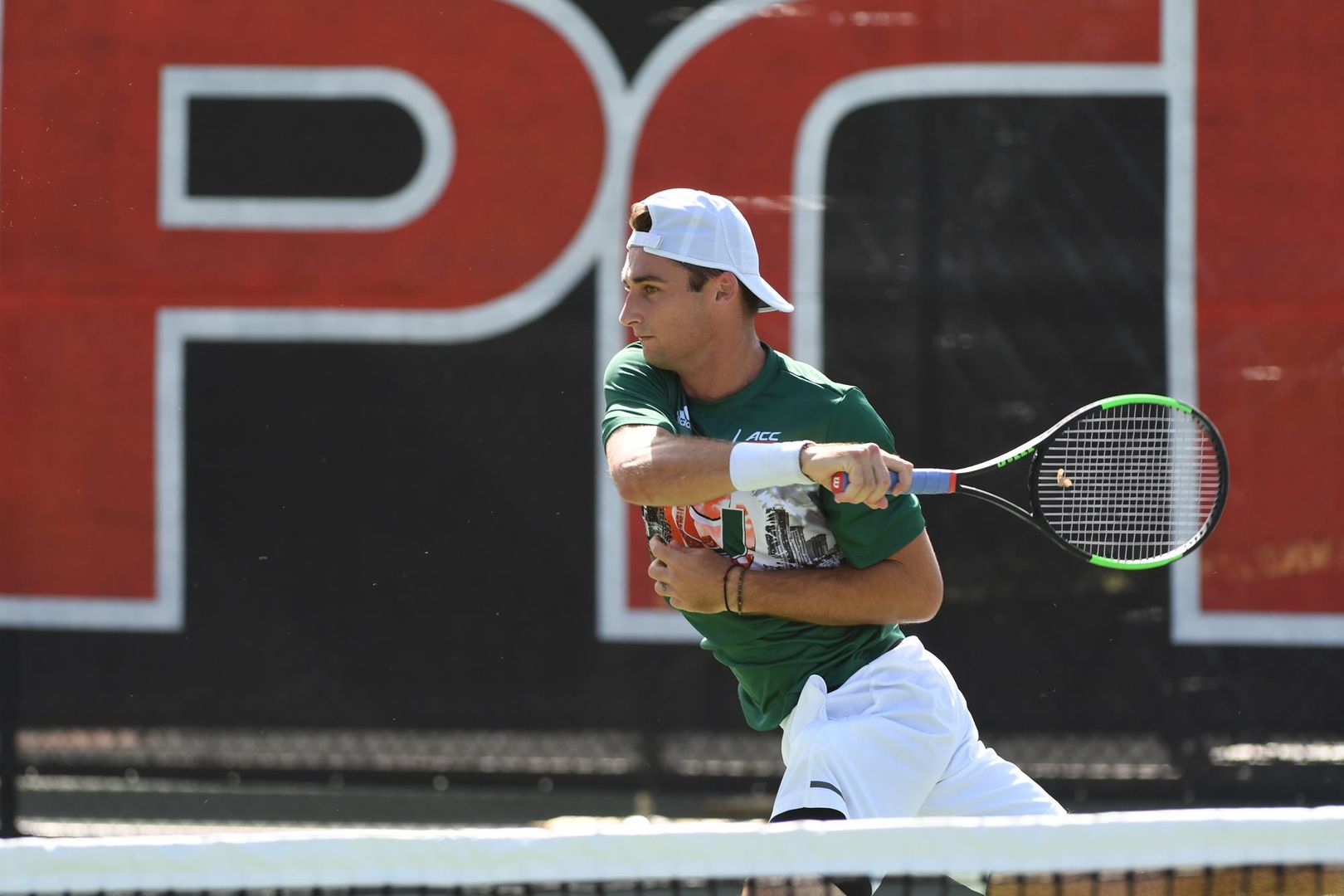 ANDERSON, S.C. – Senior Christian Langmo’s first ranked victory of the spring was spoiled as the University of Miami men’s tennis team fell to No. 50 Clemson, 4-3, at the AU Tennis Center on Sunday afternoon.

The Hurricanes made some changes to their doubles lineup, with freshmen Pablo Aycart and Adria Soriano trading partners to team up with freshman Bojan Jankulovski and senior Nile Clark, respectively, for the first time this season.

Unfortunately, the former duo was bested by Clemson’s No. 46-ranked duo of Alex Favrot and Simon Baudry at the No. 1 position, 6-2, while the latter was on the losing end of a 6-4 decision against Carlos Kelaidis and Marshall Dagostine, 6-4, at the No. 3 position.

Langmo was a game away from a doubles victory as well, but play was halted while he and redshirt sophomore Dane Dunlap, who played at No. 2 for the first time this season, led Sam Edwards and Yizhou Liu, 5-4.

Senior Niclas Genovese tied the score for the first time on the day when he defeated Dagostine, 6-0, 6-3, at the bottom of the lineup.

Liu had put Clemson back in front after downing Dunlap at No. 4, 6-2, 6-3, before Langmo’s prestigious triumph evened the scoreline for the last time.

In a matter of minutes, Kelaidis came out as a winner in a second-set tiebreaker against senior Piotr Lomacki at No. 4 to close the match in straight sets, 6-2, 7-6 and then Baudry upended Soriano, 7-5, 6-3, to secure Clemson’s win prematurely.

As it did against Georgia Tech on Friday, Miami ended the match on a high note after Jankulovski avoided a third set against Edwards for a 6-3, 7-6 victory at No. 2.

The Canes return to Coral Gables for an ACC home opener against No. 12 Florida State Friday. Two days later, they will take on William and Mary in non-conference action.