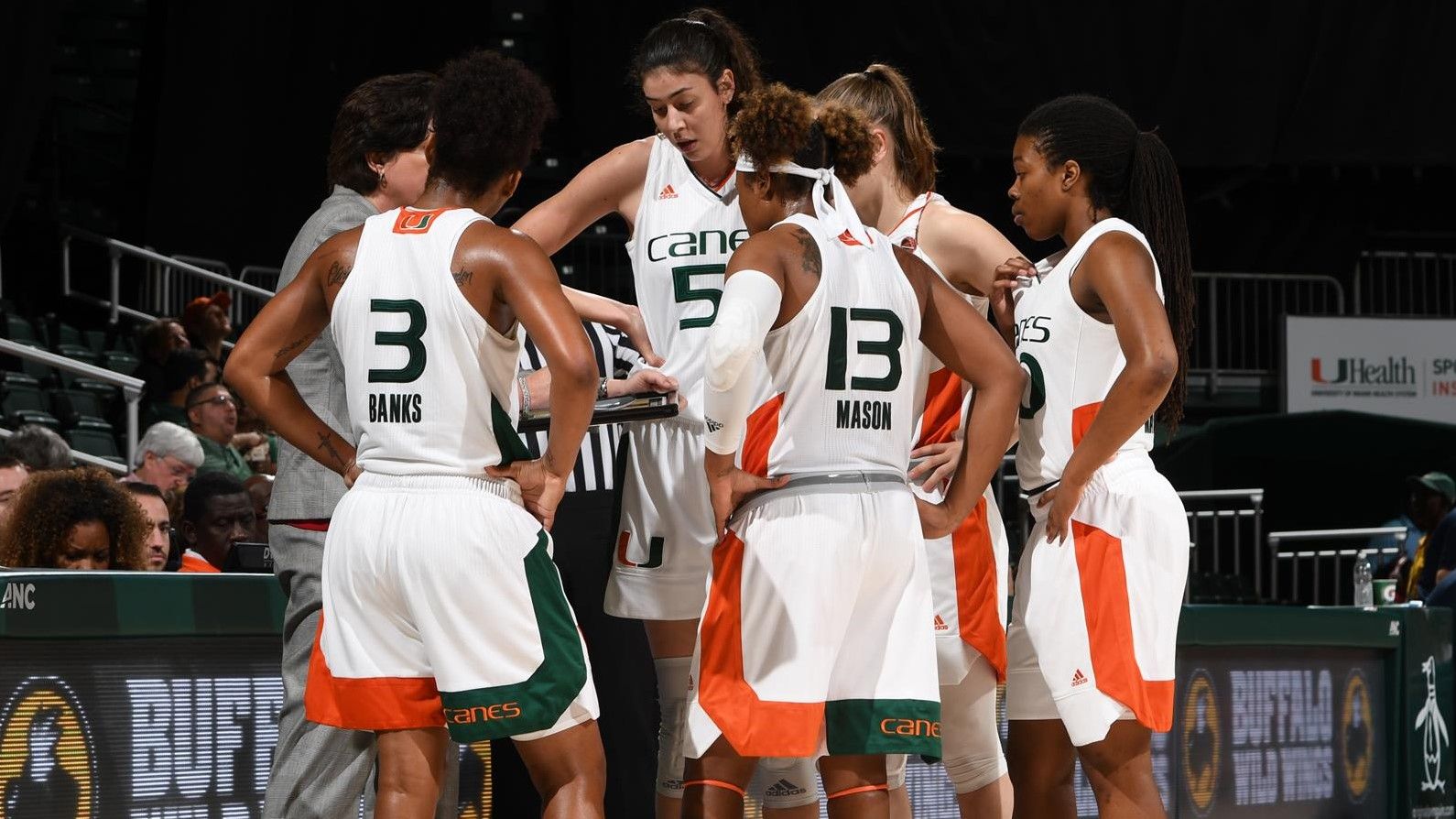 WBB to Begin ACC Tournament against Wake or Pitt

CORAL GABLES, Fla. – The University of Miami women’s basketball team begins postseason play Thursday at 8 p.m., in the second round of the ACC Tournament.

The Hurricanes will face either No. 11-seed Wake Forest or No. 14-seed Pittsburgh in its opening game at the Greensboro Coliseum in Greensboro, N.C. The Demon Deacons square off with the Panthers Wednesday at 6:30 p.m.

Tom Werme and Debbie Antonelli will be on the call for RSN—the affiliate list is HERE—and it can be found on ACC Network Extra, subject to blackout, HERE. The action will also be carried live on WVUM 90.5 FM HERE.

Since joining the conference, Miami is 8-13 in ACC Tournament play, including 5-3 over the past three seasons. The only other time the Hurricanes were the No. 6 seed was in 2006, when they went 0-1.

Miami has a 10-9 all-time record versus Wake Forest after falling, 61-50, at home in this season’s meeting on Jan. 7, 2018. The Demon Deacons have won both ACC Tournament meetings.

The Hurricanes have won four straight games against Pittsburgh and sport a 21-9 all-time mark, winning this year’s contest, 82-58, at home on Feb. 15, 2018. Miami, which won the lone ACC Tournament matchup, has defeated the Panthers more than all but three other opponents.

Wake Forest is 13-16 (5-11 ACC) on the season and is led in scoring by junior forward Elisa Penna, a Second Team All-ACC pick whose 15.8 points per game rank ninth in the league.

Pittsburgh went 10-19 (2-14 ACC) in regular season action and is paced by redshirt junior forward Yacine Diop, who is No. 11 in the conference at 15.6 points per game.

The winner of Thursday’s game will face third-seeded Florida State, ranked No. 11/11, Friday at 8 p.m., on RSN in the quarterfinals.