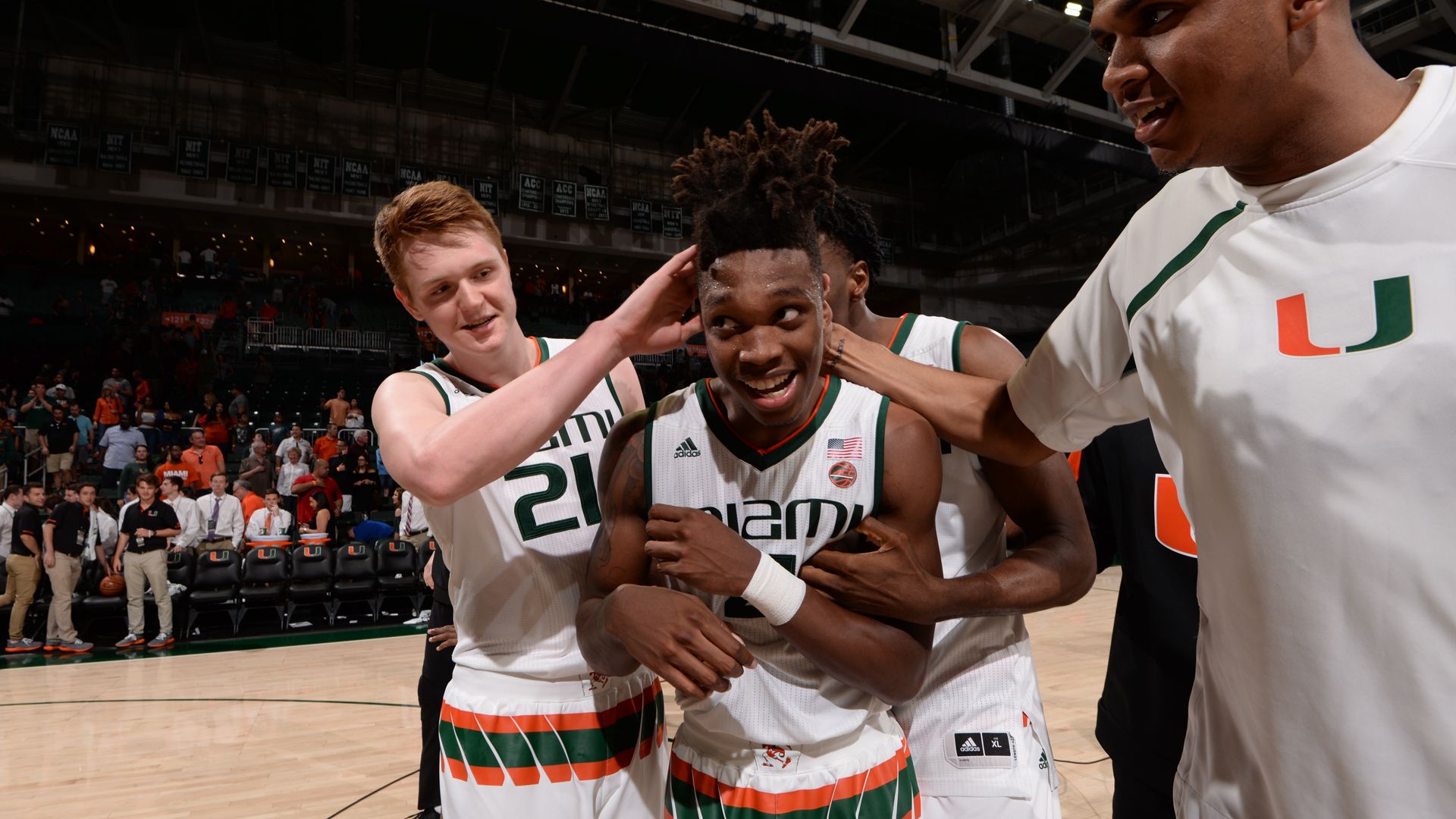 Walker’s 3-pointer capped a 26-11 run in the game’s final six minutes. The shot also gave Miami its first lead in over 17 minutes of play during the second half.

With the win, Miami collected its 20th win on the year. The Hurricanes have now won 20 games in six of the last seven seasons under head coach Jim Larrañaga. The win also snapped Miami’s two-game home losing streak.

Miami held a commanding 39-27 advantage on the glass and posted a 27-3 advantage in bench scoring.

Sophomore Dewan Huell led the Hurricanes with a team-high 16 points. He also pulled down nine rebounds, which tied for the team lead and just missed his sixth double-double of the year.

Joining Huell in double figures was freshman Chris Lykes, Walker and junior Anthony Lawrence II as they finished with 13, 13 and 11 points, respectively. Lawrence also pulled down nine rebounds. Eleven of Lykes’ 13 points came in the second half.

Miami trailed 41-39 at the half despite shooting 52.9 percent from the floor.

Coming out of the locker room, BC extended its lead to 10 in the first 10 minutes of the second half thanks to a 17-8 run.

The Hurricanes trailed by as many as 14 points on two separate occasions in the second half, but slowly began to chip away at the BC lead in the game’s final six minutes.

With under two minutes to go in the game, Miami trailed by nine (73-64) and appeared to be facing a third straight loss at home, but the Hurricanes would not quit, trimming BC’s lead to five with 1:28.

Miami outscored BC by a 13-5 count in the game’s final two minutes to secure the win.

Miami returns to action on Tuesday, as it heads to North Carolina for its matchup with the Tar Heels. Tipoff is set for 9 p.m.