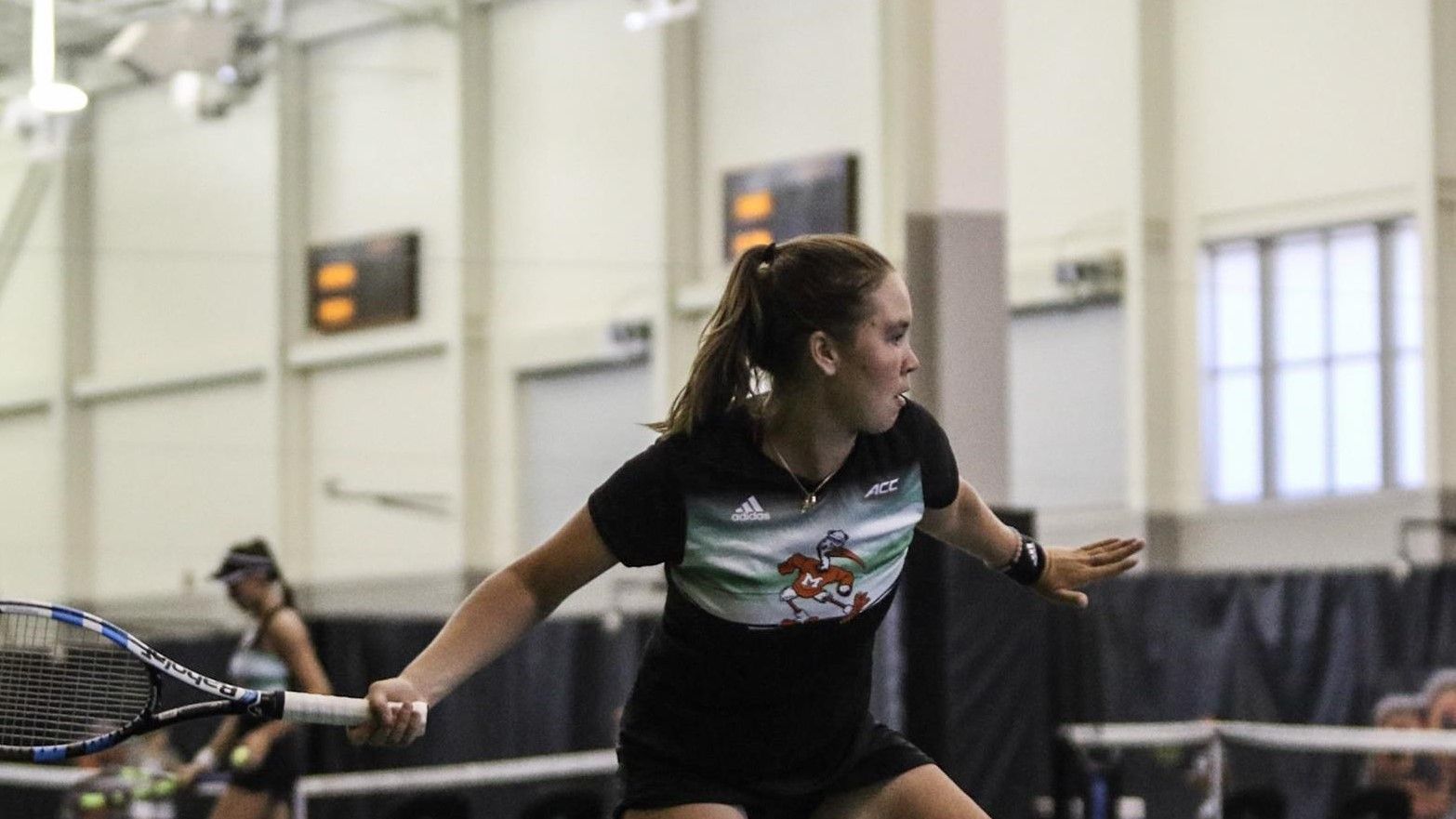 After falling behind, 3-0, No. 17 Miami (2-2) won back-to-back points to pull within one, but could not complete the comeback at the Greenwood Tennis Center.

“We lost to a tough team today. Credit to Oklahoma State,” Miami head coach Paige Yaroshuk-Tews said. “We need to keep the court smaller moving forward, especially playing inside. [We need to] play a little more of an attacking style and take chances early in points.”

Oklahoma State (7-1) opened the match by taking the doubles point. Marina Guinart and Katarina Stresnakova got the Cowgirls on the board first with a 6-2 triumph over the Miami pair of sophomore Dominika Paterova and junior Daniella Roldan.

However, Vladica Babic and Megan McCray registered a 6-1 win against the No. 33 duo of junior Ana Madcur and sophomore Estela Perez-Somarriba to give the Cowgirls the 1-0 lead.

Paterova picked up the first point of the day for the Hurricanes, notching a 6-4, 6-1 victory against Hornung.

“I was very happy with Domi and Uly today. They stepped up big for us,” Yaroshuk-Tews said. “Both stayed true to their plan, battled and it worked out for them.”

Shortly thereafter, McCray sealed the win for the Cowgirls by defeating No. 58 Lohan, 6-4, 7-5.

Miami returns to the court Sunday at 2 p.m. ET when it faces Baylor, receiving votes in the Oracle/ITA rankings, in Waco, Texas, for its second and final match of the weekend.