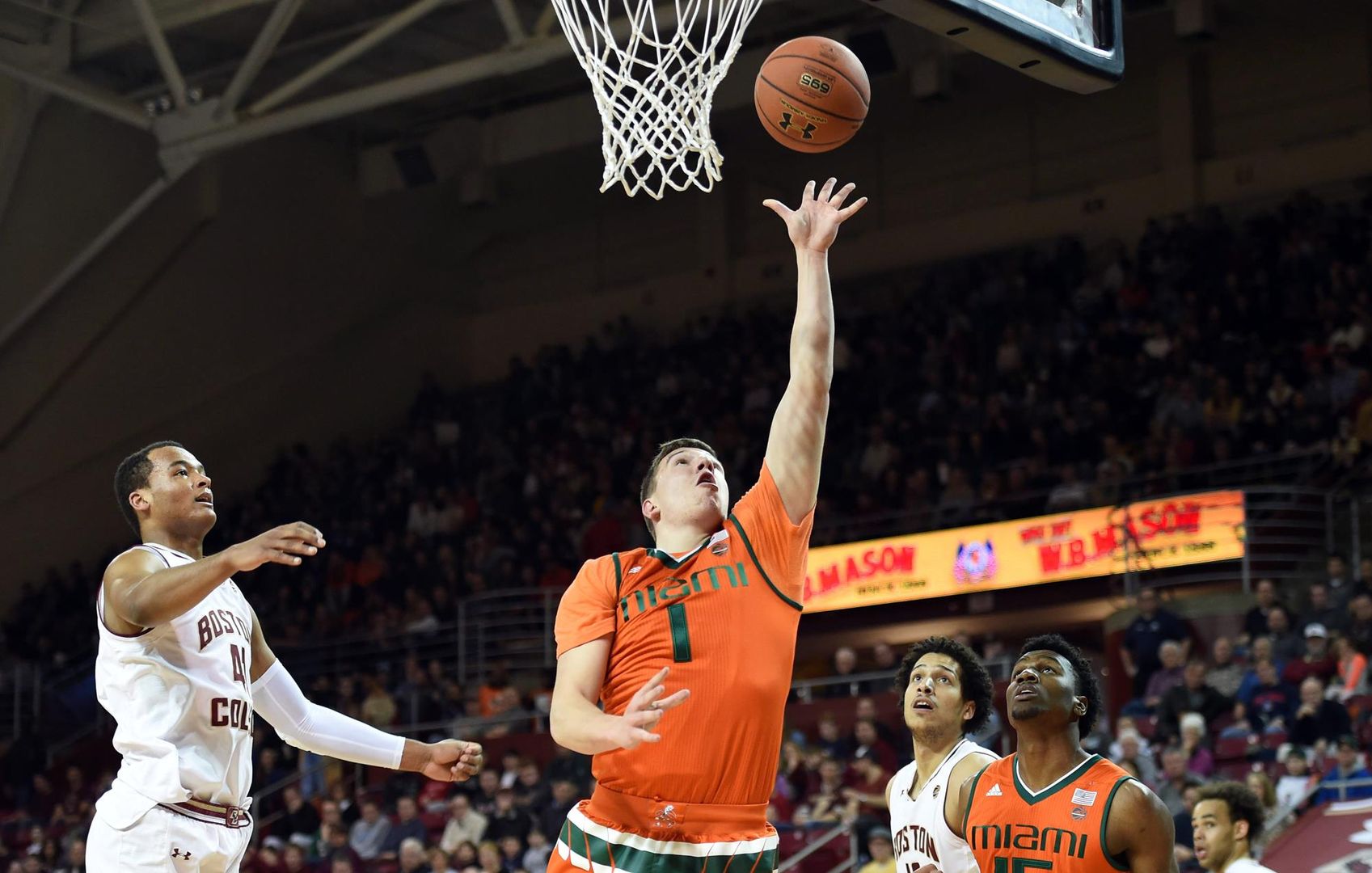 Both teams were hot from the field and shot an identical 57 percent (16-28) from the field in the in first half. Vasiljevic had the early hot hand for Miami, nailing his first three 3-point attempts and scoring 11 of Miami’s first 16 points. The Canes went into the break with a 44-43 advantage.

Miami comes home Tuesday (Feb. 10) for a 9 p.m. contest against No. 2 Virginia at the Watsco Center. ESPN has the television broadcast. Fans wishing to attend home Miami basketball games this season are encouraged to use StubHub, the official secondary ticket market for Miami Athletics, to purchase single-game tickets.

Game Notes
Team
• Boston College leads the all-time series, 26-24, and snapped a 12-game losing streak to Miami.
• Miami is 6-4 in true road games this year and 9-5 away from home this season.
• Miami head coach Jim Larrañaga did not coach today because of illness. Associate head coach Chris Caputo served as acting head coach.
• The Hurricanes played without Bruce Brown Jr. for the fourth straight game. He had surgery on a left-foot injury on Thursday.
• BC’s 43 points in the first half marked the most allowed in an opening half by Miami this season.
• Miami lost for the first time this season when leading at half and is now 13-1 when holding a halftime lead.
• BC was just the fifth team to shoot over 50 percent against Miami this year.

Individual
• DJ Vasiljevic scored 17 points, reaching double figures for the 11th time this season. He hit his first three 3-point attempts and scored 11 of Miami’s first 16 points.
• Chris Lykes scored 16 points, his second most of the season (18 vs. Florida State, Jan. 7). It was his 10th time in double figures, including his seventh in conference play.
• Ja’Quan Newton hit for 11 points, his third straight game in double figures.
• Newton dished out three assists and moved into the Miami career top 10 with 292 assists.