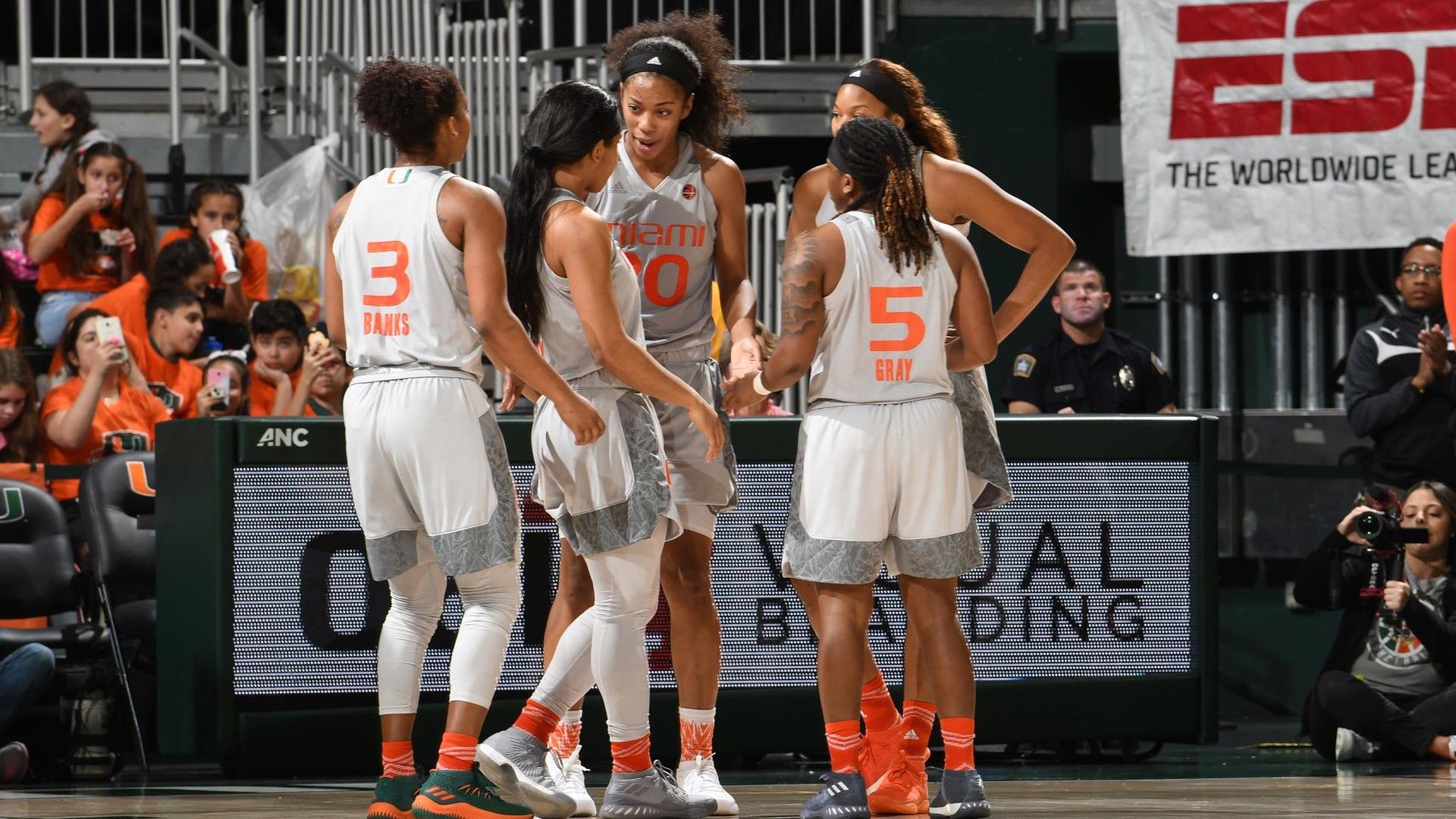 CORAL GABLES, Fla. – The University of Miami women’s basketball team is set to face in-state rival No. 12/12 Florida State Sunday for the second time this season.

Tiffany Greene and Nell Fortner will call the game for ESPN2 and it can be found HERE, too. The action will also be carried live on WVUM 90.5 FM HERE and live stats for the contest will be available HERE.

Sunday is Miami’s Play4Kay Game at the Watso Center and the team will wear a variety of new pink gear. The first 200 fans in attendance get a Play4Kay shirt and the first 500 get pink pompoms. Along with team posters and schedule cards, the marketing table will have signs to fill out in honor of those effected by cancer.

There will also be roses for cancer survivors and the Heroines Breast Cancer Survivor Acapella group will sing the national anthem. Pink shirts will be tossed out during the game and there will be a pink Snapchat filter.

In addition, prior to the game is the Celebration of Women’s Athletics presented by adidas. For more information on the event, which begins at 1 p.m., click HERE. Maria Taylor is the emcee and Lauryn Williams is the keynote speaker.

The Hurricanes are 14-42 all-time against Florida State, but have won two of the past five matchups. In the first meeting this season, the Seminoles logged a 105-67 home victory on Jan. 11, 2018.

Miami has won six of its past seven games and is coming off its third top-25 triumph of the year, a 52-48 victory over No. 23/23 NC State Thursday night at the Watsco Center. Senior forward Keyanna Harris scored the game-winning basket in the final 10 seconds and led all players with a career-high-tying 17 points.

Freshman guard Kelsey Marshall totaled 14 points and junior forward/center Emese Hof posted 13, as well as eclipsed 100 blocks in her career. The Hurricanes had a 28-14 edge in paint points and a 31-13 lead in bench scoring.

The Seminoles are 20-4 (8-3 ACC) on the season and are led by senior forward Shakayla Thomas, the reigning ACC Player of the Year by the ACC Coaches, who ranks fifth in the ACC in scoring at 17.8 points per game.

Coming off a 28-7 (13-3 ACC) campaign that included a run to the NCAA Elite Eight a year ago, Florida State was picked fourth in the ACC preseason poll.

After taking on the Seminoles, Miami will wrap up its homestand Feb. 15 at 7 p.m., when it faces Pittsburgh.