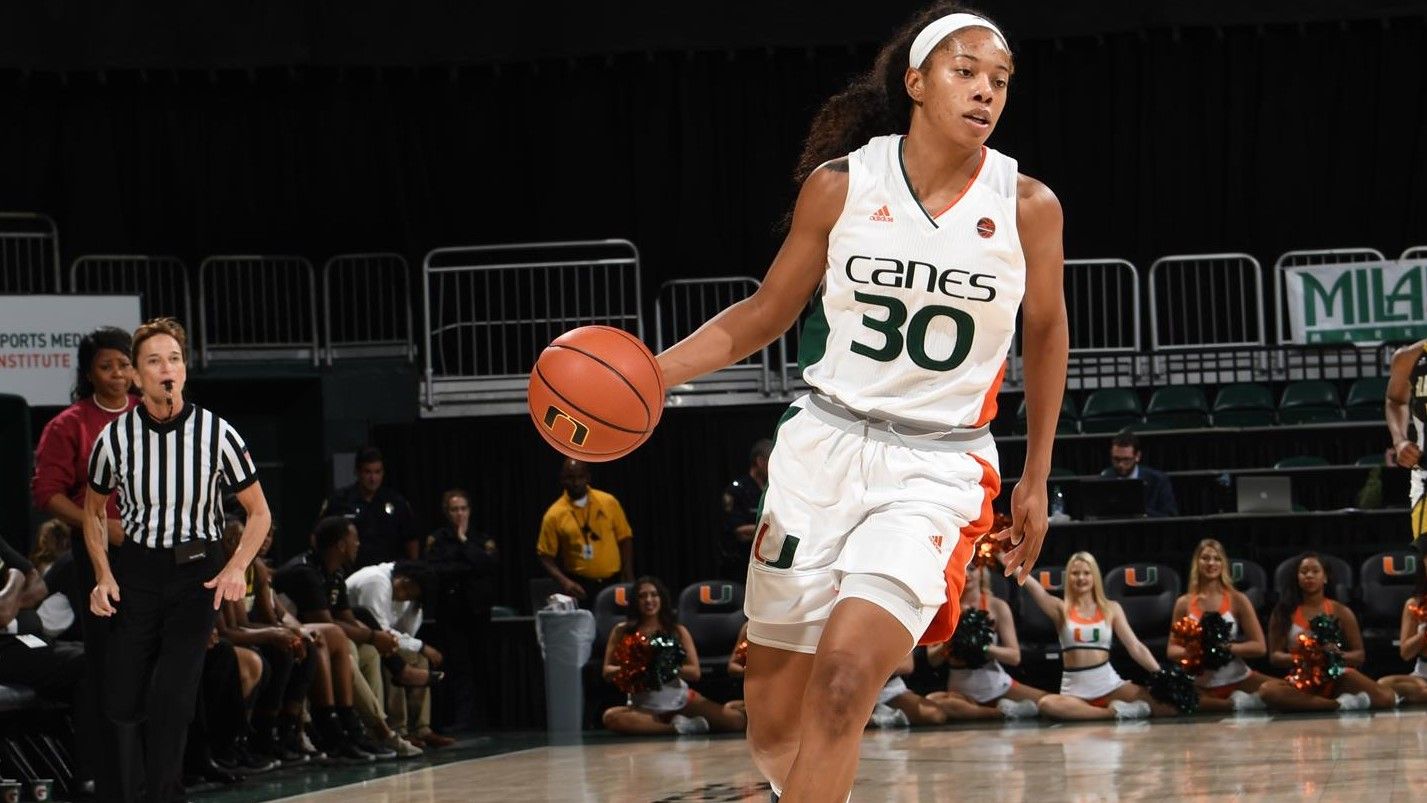 The action will be broadcast on ACC Network Extra HERE, as well as carried live on WVUM 90.5 FM HERE. Live stats for the contest will be available HERE.

The Hurricanes are 18-6 all-time against Virginia Tech, tied for their eighth-most wins versus any foe. Miami has won 12 games in a row over the Hokies, its third-longest streak in program history against a single team, including the second-longest active one. Most recently, the Hurricanes tallied a 79-68 road victory on Feb. 23, 2017.

Miami had its three-game winning streak snapped Thursday at the Watsco Center, dropping a hard-fought 84-74 decision to fourth-ranked Louisville, holding national player of the year candidate Asia Durr to seven points and one made field goal. Junior forward/center Emese Hof tallied 20 points to lead Miami, shooting 7-of-9 from the field and 6-of-6 at the free throw line.

After taking on the Hokies, Miami will have a midweek bye and then play a second straight road game Feb. 4 at 2 p.m., against North Carolina in Chapel Hill, N.C.