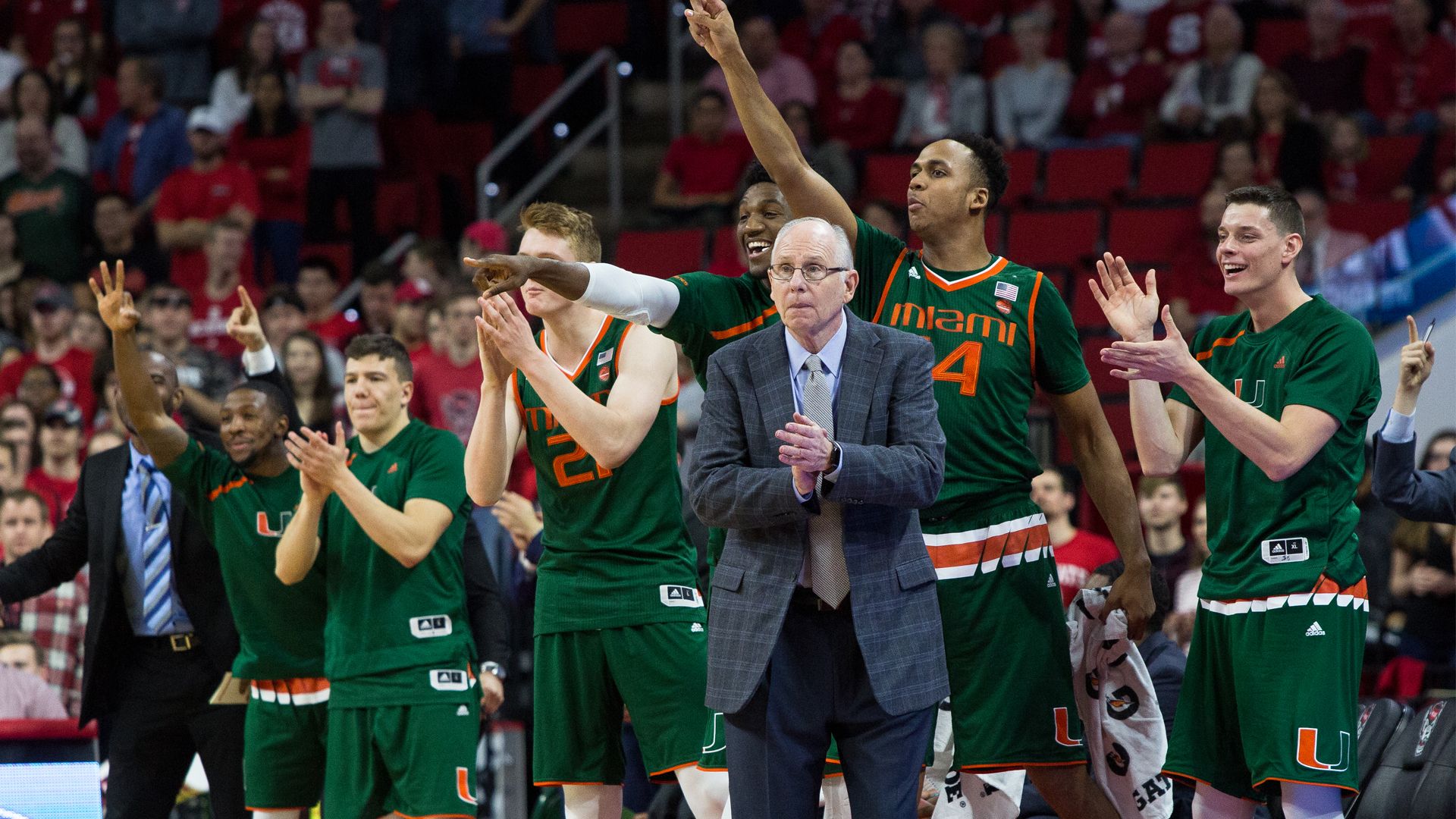 RALEIGH, N.C. – The No. 25/23 Miami men’s basketball team shot a sizzling 57.6 percent from the field in pulling out an 86-81 win at NC State Sunday afternoon at PNC Arena in Raleigh, N.C. Miami improved to 14-4 on the season, including 3-3 in the ACC, while earning its second conference road win of the year.

Bruce Brown Jr. led Miami with 19 points and nine assists. UM’s emphasis on sharing the ball was on full display, as the Hurricanes racked up a season-high 26 assists on 34 field goals. Ebuka Izundu was 7-for-7 from the field in scoring a season-high 15 points, while Anthony Lawrence II also scored 15 points. Lonnie Walker IV chipped in a dozen points.

Miami started fast, hitting eight of its first 12 shots and leading by as many as nine points in the game’s first 10 minutes. NC State pulled into a 27-27 deadlock at the 4:02 mark on a Torrin Dorn layup, but back-to-back buckets from Izundu gave the Hurricanes a 31-27 edge and the Hurricanes took a four-point lead, 36-32, into intermission.

The Hurricanes did not relinquish the lead at any point in the second half and led for all but two minutes, 35 seconds in the game. Miami’s lead grew to 12 at the 6:11 mark on a Dewan Huell layup, but NC State used a quick 7-0 run over the next minute to pull within five, 77-72. The Wolfpack twice pulled within three in the final two minutes, including 84-81 with 51 seconds left on a Yurtseven layup, but Miami sealed the game when Brown dished to Huell for a dunk with 22 seconds remaining and the shot clock winding down and then came up with the defensive stop on the other end.

Miami returns home at 8 p.m. Wednesday (Jan. 24) to play Louisville at the sold-out Watsco Center. ESPN2 will televise the game. Fans wishing to attend Miami basketball games this season are encouraged to use StubHub, the official secondary ticket market for Miami Athletics, to purchase single-game tickets.

Individual
• Ebuka Izundu was 7-for-7 from the field and scored a season-high 15 points, one off his career high, which was set on Feb. 4, 2017, also at NC State. It was his third double-digit scoring game of the year.
• Anthony Lawrence scored in double figures for the third straight game and the eighth time this season.
• Bruce Brown Jr. recorded 19 points and also racked up nine assists, his career high in an ACC game.
• Chris Lykes made his first career start.
• Lykes matched a career high with five assists and also recorded his first career block.
• Ja’Quan Newton scored five points and now has 1,013 for his career.
• Newton recorded seven assists, matching his career high against an ACC foe.
• Sam Waardenburg saw his first action in ACC play and earned his first playing time since Dec. 23 against New Mexico State.
• DJ Vasiljevic recorded four rebounds, matching his career high against an ACC opponent.