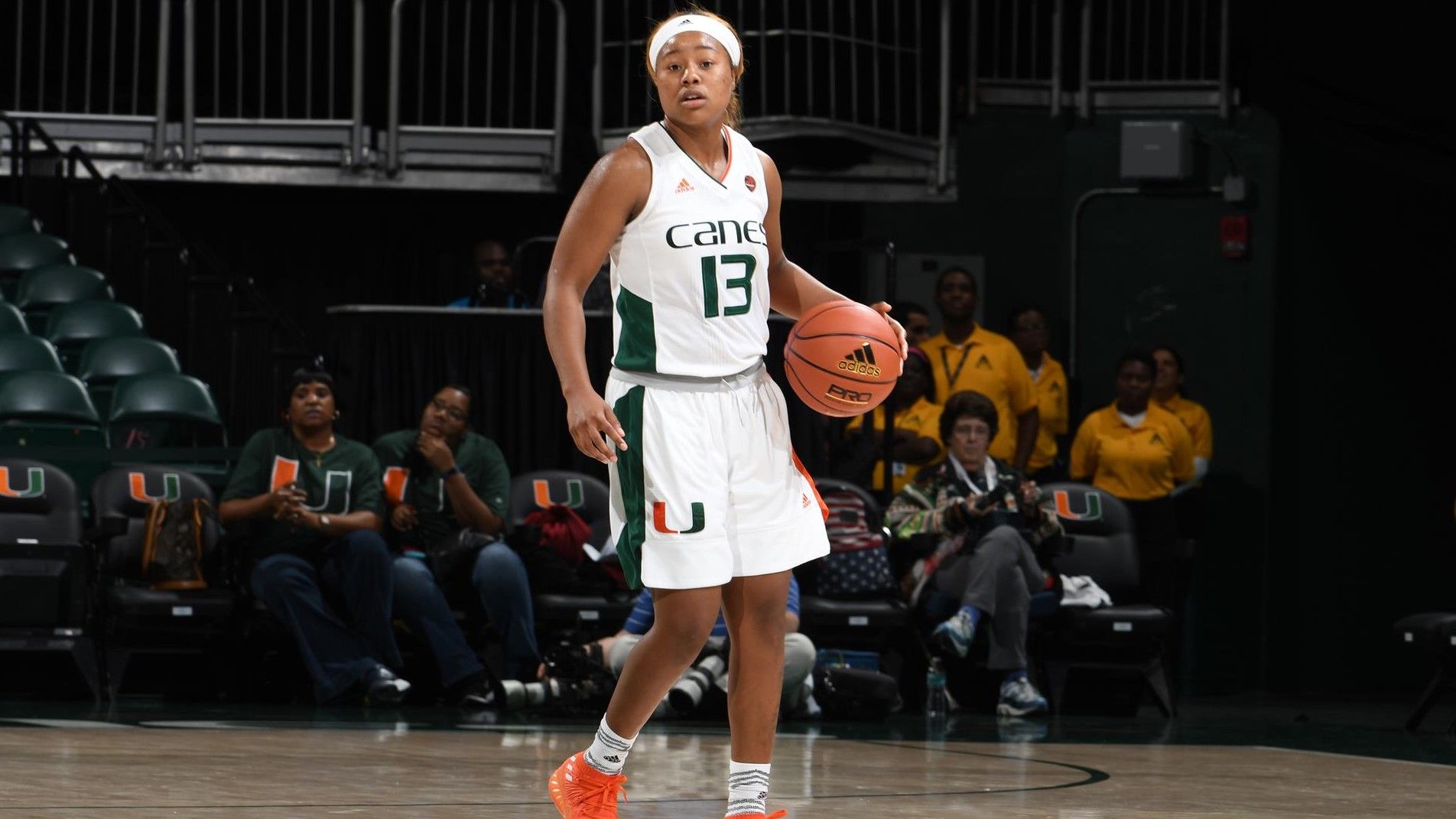 Jenn Hildreth and LaChina Robinson will broadcast the game on RSN—the affiliate list is HERE—and it can be found on ACC Network Extra, subject to blackout, HERE. The action will also be carried live on WVUM 90.5 FM HERE and live stats for the contest will be available HERE.

There will be a pregame chalk talk in the Hurricane 100 Room for season ticket holders at 5:45 p.m. Team posters and schedule cards will be available at the marketing table by the main entrance.

The Hurricanes are 18-9 all-time against Syracuse, including 1-3 since the Orange joined the ACC. In the most recent meeting, Syracuse tallied an 81-48 home victory on Jan. 22, 2017.

Miami is coming off a 72-60 win at Clemson Sunday in its last outing. Kelsey Marshall scored a game- and career-high 19 points to guide the Hurricanes to the victory. Fellow freshman guard Mykea Gray posted 14 points, her most in an ACC game, and senior forward/center Erykah Davenport logged a double-double with 10 points and 11 rebounds.

After starting the year with 11 straight wins, Syracuse currently sits at 14-4 (2-3 ACC). The Orange is led by sophomore guard Tiana Mangakahia, who is averaging 17.7 points and an NCAA-leading 10.1 assists per game. The lone ACC player averaging a double-double, she is sixth in the conference in scoring.

Syracuse was picked seventh in the ACC preseason polling after finishing the 2016-17 campaign with a 22-11 (11-5 ACC) record and an appearance in the second round of the NCAA Tournament.
Following its matchup with the Orange, Miami hits the road to play Boston College in Chestnut Hill, Mass., Sunday at 1 p.m.