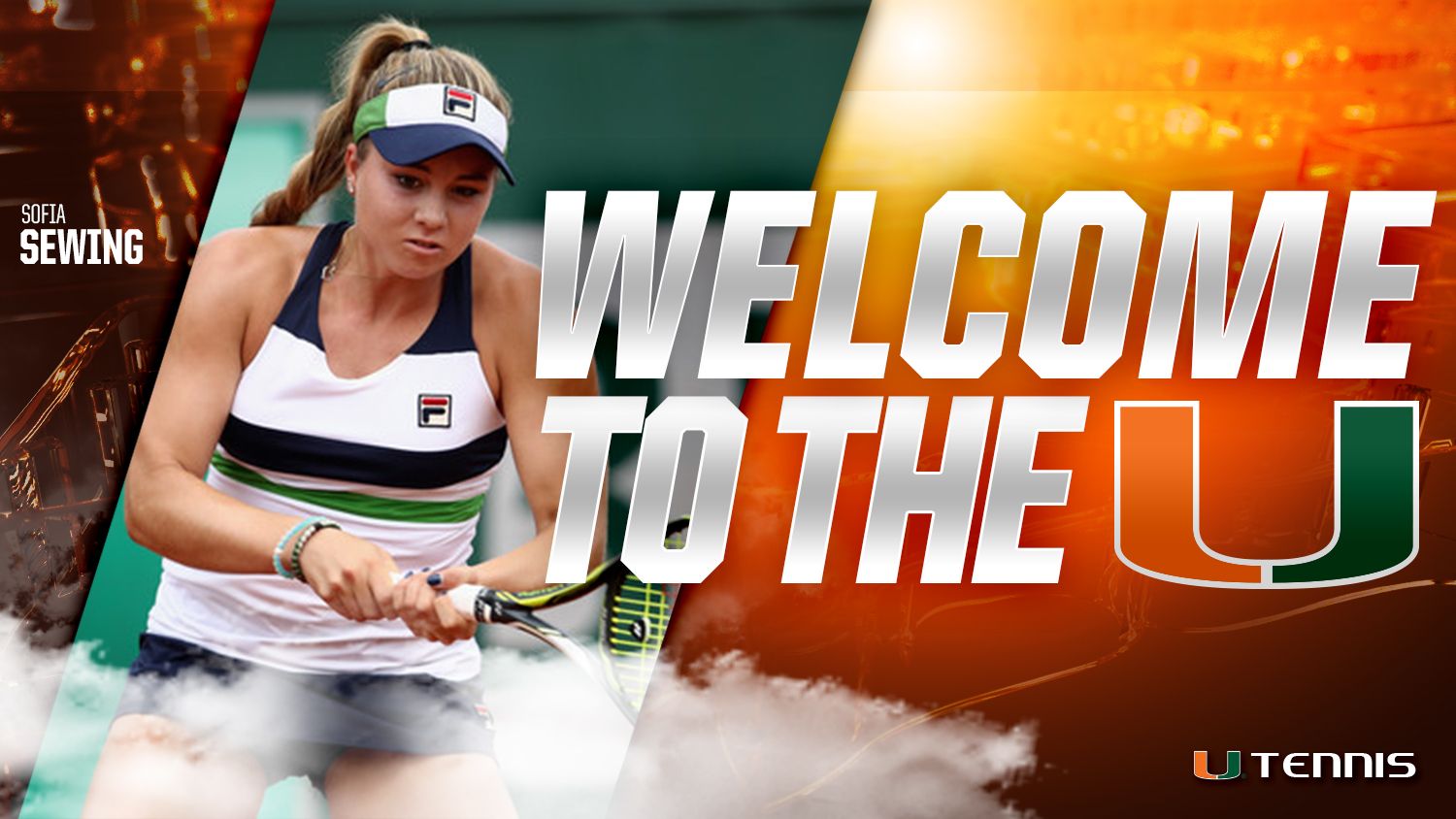 A Miami native, Sewing is the nation’s third-ranked prospect in the class of 2017 according to Tennis Recruiting Network. She joins the Hurricanes this week for the upcoming spring season.

“We are really excited to bring in a young lady as talented as Sofia, who also happens to be local,” Yaroshuk-Tews said. “Keeping this type of talent close to home is pretty special. We are eager to watch her develop into an even stronger player as the years progress.”

Sewing is one of the world’s top young players, finishing 2017 at No. 23 in the ITF Juniors rankings. She peaked at ninth on the international list on Sept. 4, 2017.

A 5-foot-6-inch right-hander, Sewing graduated from Florida Virtual School. She began her ITF Juniors career in September 2012 at age 13, advancing to the quarterfinals in each of the first four tournaments she played.

Sewing made her first tournament final in July 2013 at a Grade 5 event in Cuba. She followed that with her first championships shortly thereafter at a Grade 4 competition in Mexico, winning the crown in both singles and doubles.

In December 2014, Sewing won the U-14 singles and doubles titles at Eddie Herr International Championships in Bradenton, Fla. Soon after, Sewing reached the U-16 Junior Orange Bowl International quarterfinals in South Florida. She also reached the second round of the qualifying draw of the U.S. Open Juniors.

Sewing swept the titles at Eddie Herr a year later, this time at the U-16 level. She then won a Grade 1 tournament, in College Park, Md., in August 2016.

Sewing competed in singles and doubles in the Roland Garros Junior French Championships in June 2017. The next month, in her second-ever grass tournament appearance, Sewing advanced all the way to the Wimbledon Juniors singles quarterfinals and doubles semifinals.

Sewing will be one of two Miami-Dade County natives on Yaroshuk-Tews’ roster this season, along with sophomore Sara Culbertson.