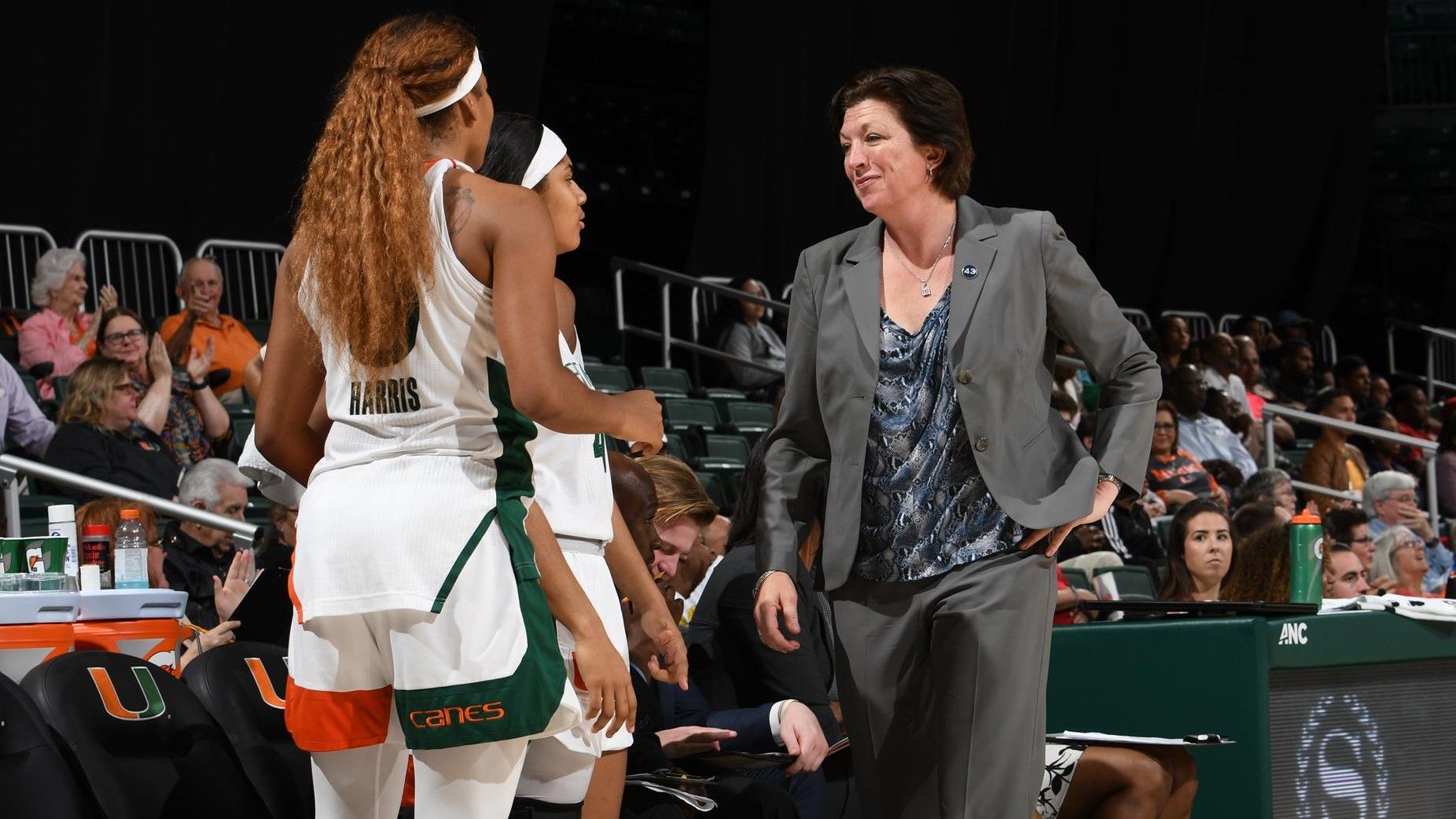 CORAL GABLES, Fla. – The University of Miami women’s basketball team will take on Wake Forest Sunday in its first home game of 2018.

Miami (11-4, 1-1 ACC), which has won nine of its 11 home contests this season, is set to square off with the Demon Deacons at noon at the Watsco Center.

Sunday is Girl Scout Cookie Palooza, a hands-on mini workshop pregame and fun activities in-game. Team posters and schedule cards will be available at the marketing table by the main entrance.

Thursday, in its last outing, Miami dropped a narrow 83-76 decision at second-ranked Notre Dame. The Hurricanes became the second team all year to not trail the Fighting Irish through three quarters, the second to outrebound them and the third to lead by double figures.

Wake Forest heads into Sunday’s contest with a 9-6 (1-1 ACC) record this year. Junior forward Elisa Penna, who has missed six games, is the team’s top scorer at 14.0 points per game. The Demon Deacons were picked No. 12/11 in the ACC after going 16-16 (6-10 ACC) and reaching the WNIT second round a year ago.

After playing Wake Forest, the Hurricanes will travel to Tallahassee, Fla., where they meet No. 11/12 Florida State Jan. 11 at 7 p.m., on RSN.