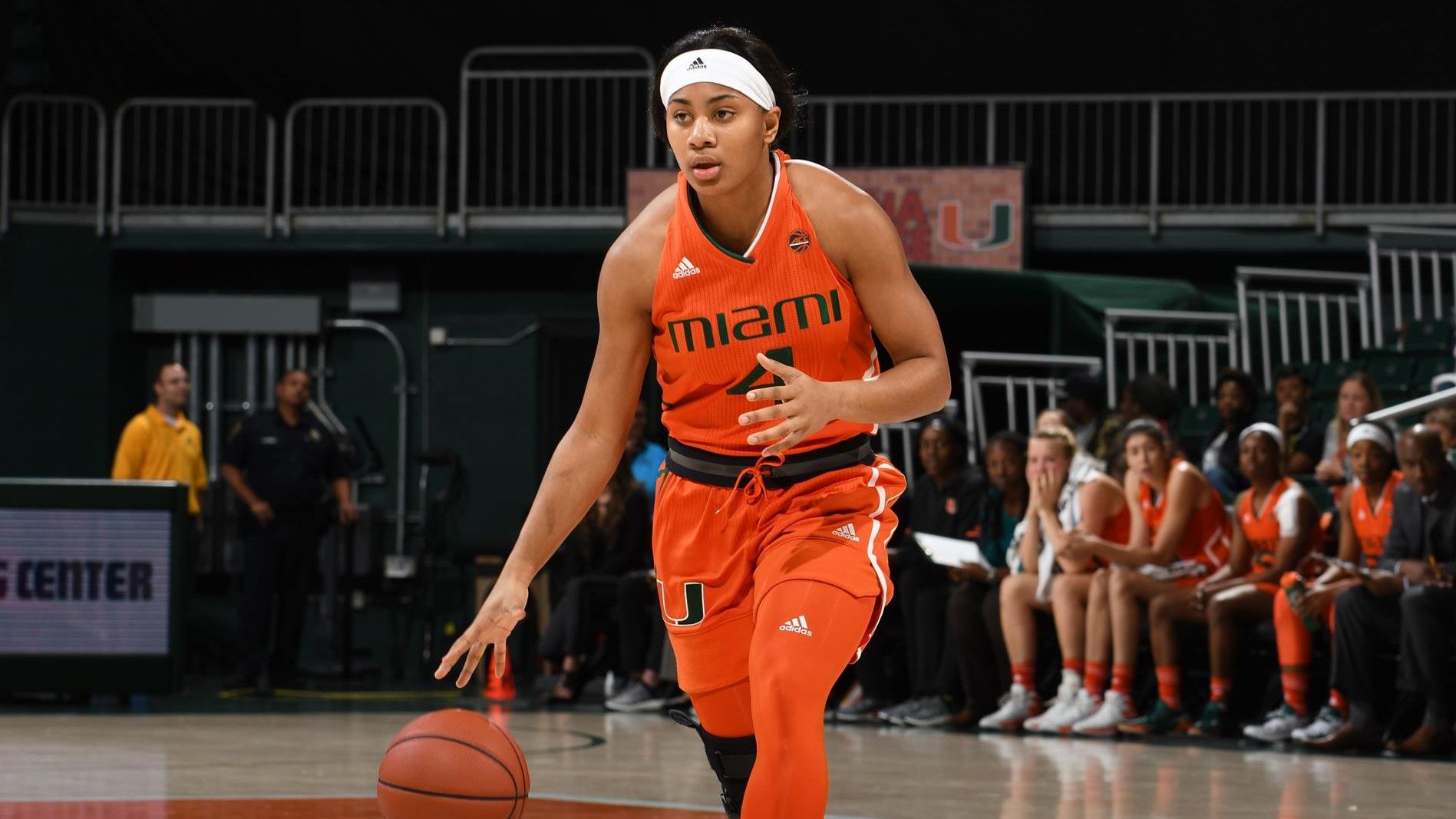 Riding a six-game winning streak, Miami (11-3, 1-0 ACC) will square off against the Fighting Irish Thursday at 7 p.m., at Purcell Pavilion in Notre Dame, Ind.

The action will be shown on ACC Network Extra HERE, as well as carried live on WVUM 90.5 FM HERE.

The Hurricanes have a 4-18 all-time record against Notre Dame, including a 1-5 mark since the Fighting Irish entered the ACC in 2014-15. Miami and NC State are the only two teams to defeat Notre Dame in its 78 games against ACC teams—ACC Tournament included—during that time. In the last matchup, the Fighting Irish registered a 67-55 road triumph on Jan. 8, 2017.

Miami is coming off a 51-48 victory over then-No. 14/15 Duke Sunday at the Watsco Center in its first ACC game of the year. The Hurricanes held Blue Ribbon Panel Preseason ACC Player of the Year Lexie Brown to a season-low 10 points. Senior forward/center Erykah Davenport posted 13 points and 14 rebounds, while redshirt senior guard/forward Shaneese Bailey also logged 13 points in the win.

Notre Dame is 13-1 (2-0 ACC) on the year, with its lone loss coming by nine at top-ranked Connecticut. Junior guard Arike Ogunbowale, the ACC’s second-leading scorer, paces the Fighting Irish with 20.5 points per game.

Picked to win the conference for the fifth year in a row in the ACC preseason poll, Notre Dame went 33-4 (15-1 ACC) last year and reached the Elite Eight. The Fighting Irish have reached the Sweet 16 each of the last eight seasons, advancing to the Final Four in five of them.

Following its outing in Indiana, Miami will return home to take on Wake Forest Sunday at noon at the Watsco Center.