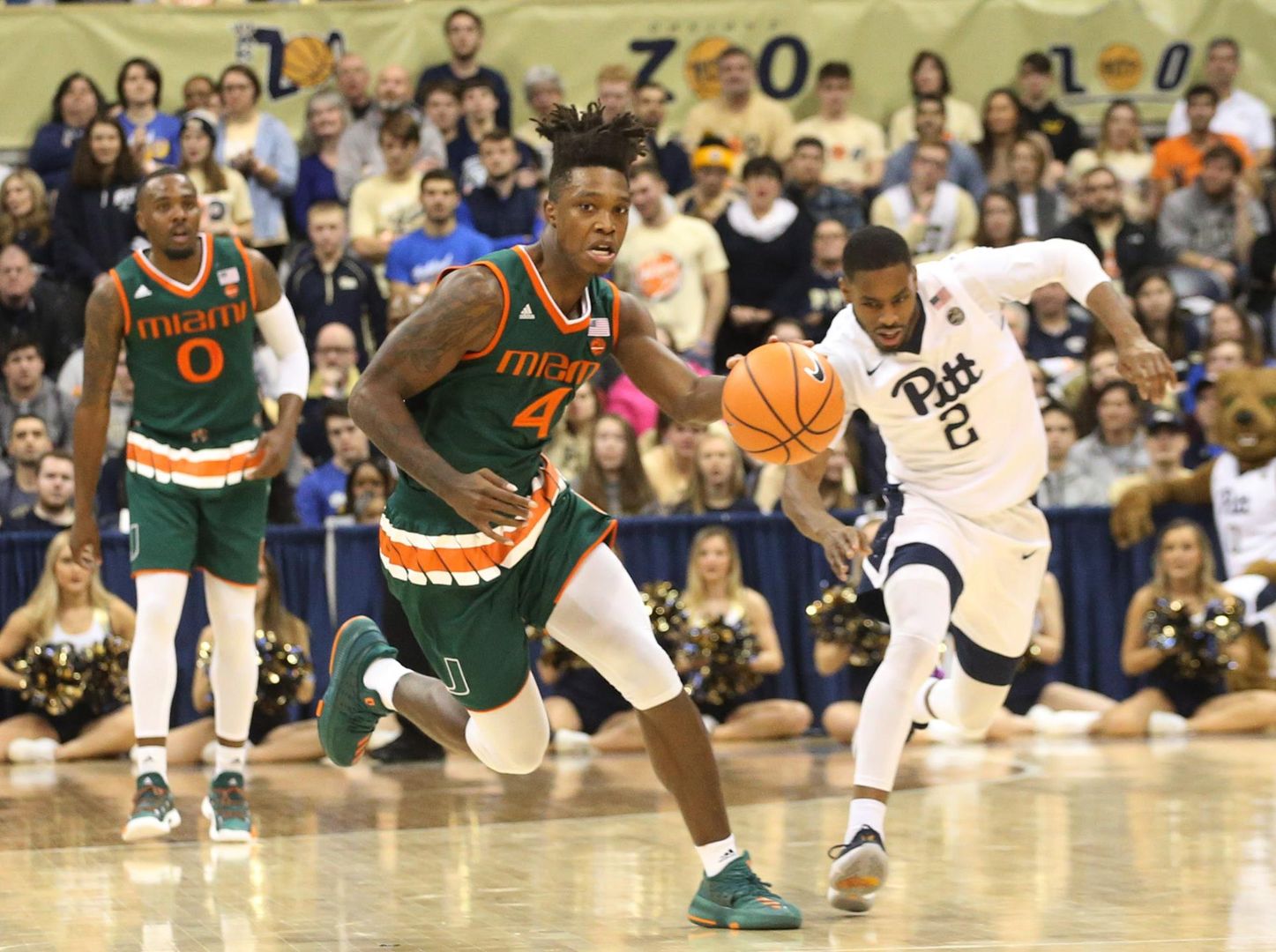 Trailing for much of the first half, Miami’s defense stiffened as the first half progressed, with the Hurricanes holding Pitt to one point over the final 7:34 of the half. UM ended the half on a 13-1 run and took all the momentum and a 30-19 lead into the break.

UM held Pitt without a field goal for eight minutes, 31 seconds, spanning both halves, before a Stevenson 3-pointer at the 19:02 mark of the second half. That cut Miami’s lead to 10, but that was as close as the Panthers would get. Brown hit consecutive layups and Ebuka Izundu followed with a dunk during a quick burst that put the Hurricanes up 16 and Miami was never in trouble again. UM built its lead to as many as 21 points on a DJ Vasiljevic 3-pointer with 6:33 left in the second half as it cruised to the win.

Miami travels to Georgia Tech at 9 p.m. Wednesday (Jan. 3) before returning home Sunday, Jan. 7 to face off against No. 24 Florida State.

Game Notes
Team
• Miami leads the series with Pitt, 20-18, including 4-1 in ACC play. UM has won four straight against Pitt.
• Miami is 6-8 in ACC openers, including 4-3 under Jim Larrañaga.
• Miami ended the first half on a 13-1 run over the final 6:21 of the first half and did not allow a field goal over the final 7:34 of the opening stanza (8:31 spanning both halves). Pitt missed its final nine field-goal attempts of the half.
• Miami held Pitt scoreless for a span of 5:12 in the first half, the sixth time UM’s has recorded a scoreless stretch of five-plus minutes.
• UM has limited nine of its 13 opponents to fewer than 60 points.
• Miami was 8-for-9 (.889) at the free-throw line, its best performance of the year.
• Pitt committed 19 turnovers, one shy of a season high for a Miami foe.
• Pitt’s 19 first-half points are tied for the second-fewest allowed in the first by Miami this season.
• Miami blocked a season-high eight shots.