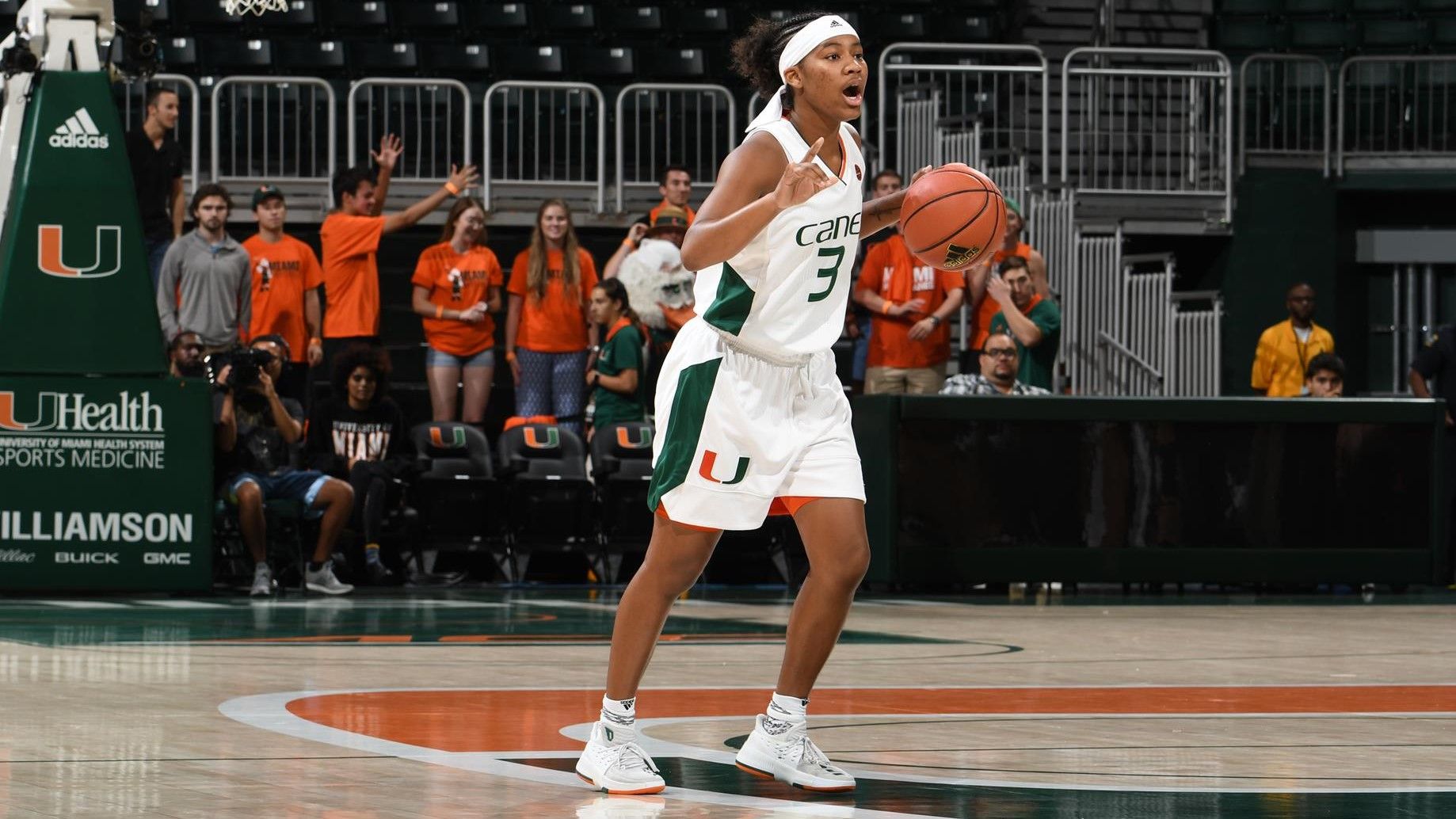 CORAL GABLES, Fla. – Coming off a 10-point home victory over Michigan State in the Big Ten/ACC Challenge, the University of Miami women’s basketball team will be back on the court Sunday afternoon.

The Hurricanes sport a 19-6 all-time record against St. John’s, tied for their fifth-most wins against any opponent. Miami is 11-1 versus the Red Storm since 1997, with nine consecutive victories.

The nine straight wins equal Miami’s sixth-longest streak against any team, including the fourth-longest active stretch. The sides most recently met last season, with the Hurricanes earning a 62-50 road victory after outscoring the Red Storm by 16 points, 19-3, in the fourth period.

St. John’s is 4-2 on the season, with both of its defeats coming at neutral sites against top-20 opponents. Junior guard/forward Akina Wellere is the Red Storm’s leading scorer, posting 13.5 points per game.

Sunday afternoon’s matchup will be broadcast on ACC Network Extra HERE, as well as carried live on WVUM 90.5 FM HERE. Live stats for the contest will be available HERE.

After meeting the Red Storm, Miami faces No. 20/22 Kentucky Dec. 10 at 1 p.m., in its fourth consecutive home game against a team from one of the seven major conferences.