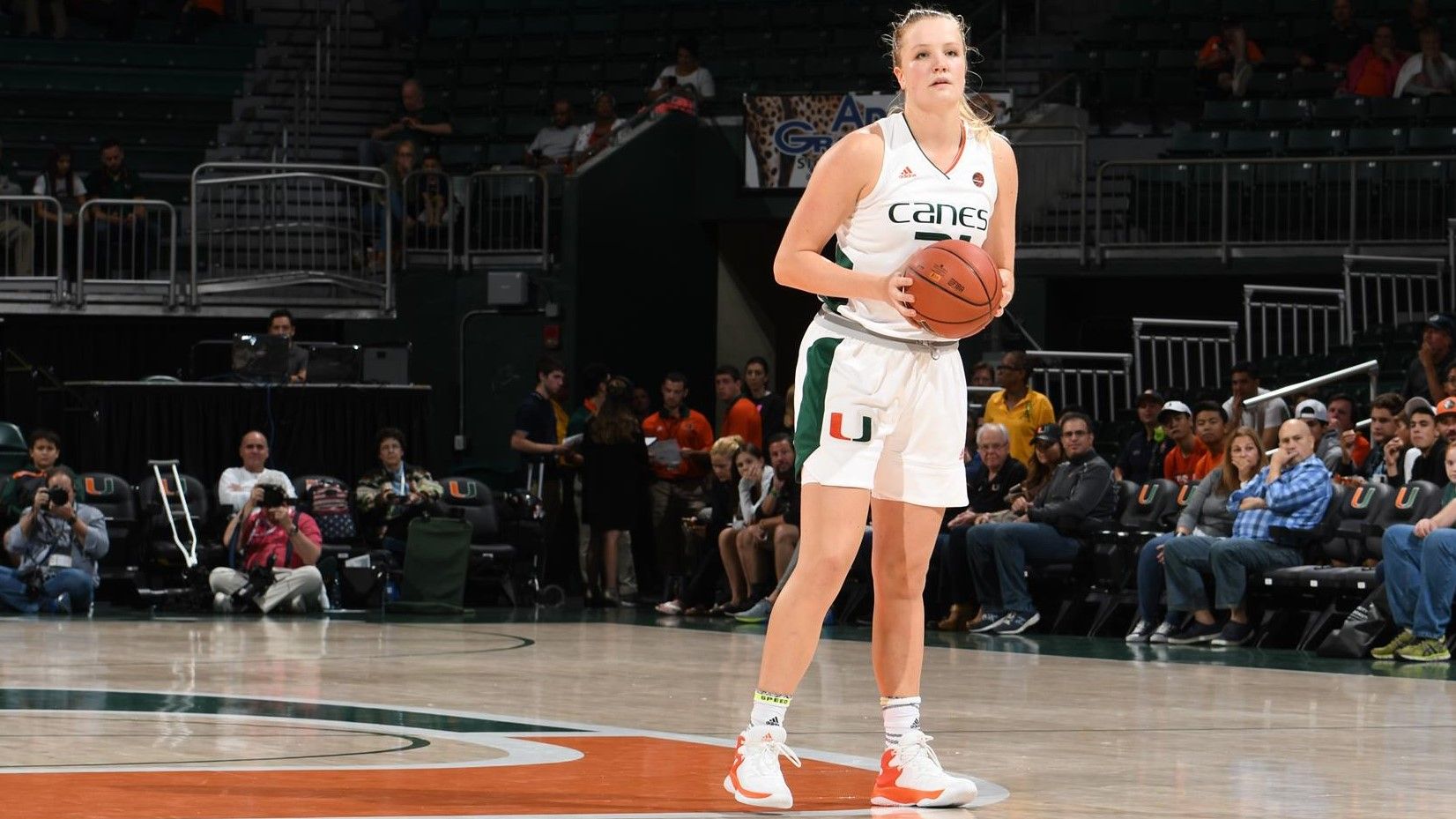 Miami (4-2) welcomes the Spartans to the Watsco Center at 7 p.m., for one of the 14 matchups in the annual conference clash.

Miami is 5-3 all-time in Challenge games, including 3-2 at home and 5-1 over the past six seasons. The Spartans are the first team the Hurricanes will play twice in the event.

Their last time on the court, the Hurricanes dropped a narrow 79-71 decision to No. 15/15 Maryland Sunday in its last game of the Miami Thanksgiving Tournament. Mykea Gray poured in 21 points, while fellow freshman guards Kelsey Marshall and Endia Banks added 11 and 10, respectively. Senior forward/center Erykah Davenport had her second 15-rebound showing in Miami’s past three games.

The Spartans head into Thursday’s contest with a 4-1 record, falling only to top-ranked Connecticut in their most recent affair. Redshirt senior guard Branndais Agee leads Michigan State in scoring at 13.0 points per game. The Spartans went 21-12 (9-7 B1G) and made the NCAA Tournament a year ago.

Miami’s meeting with Michigan State will be broadcast on ACC Network Extra HERE, as well as carried live on WVUM 90.5 FM HERE. Live stats for the contest will be available HERE.

The first 250 fans in attendance will receive a Miami holiday stocking, while team posters and schedule cards will be available at the marketing table by the main entrance. A pregame chalk talk is set for 5:45 p.m., in the Hurricane 100 Room for season ticket holders.

Following its second straight game against a Big Ten opponent, Miami will take on St. John’s Dec. 3 at 1 p.m., at the Watsco Center.