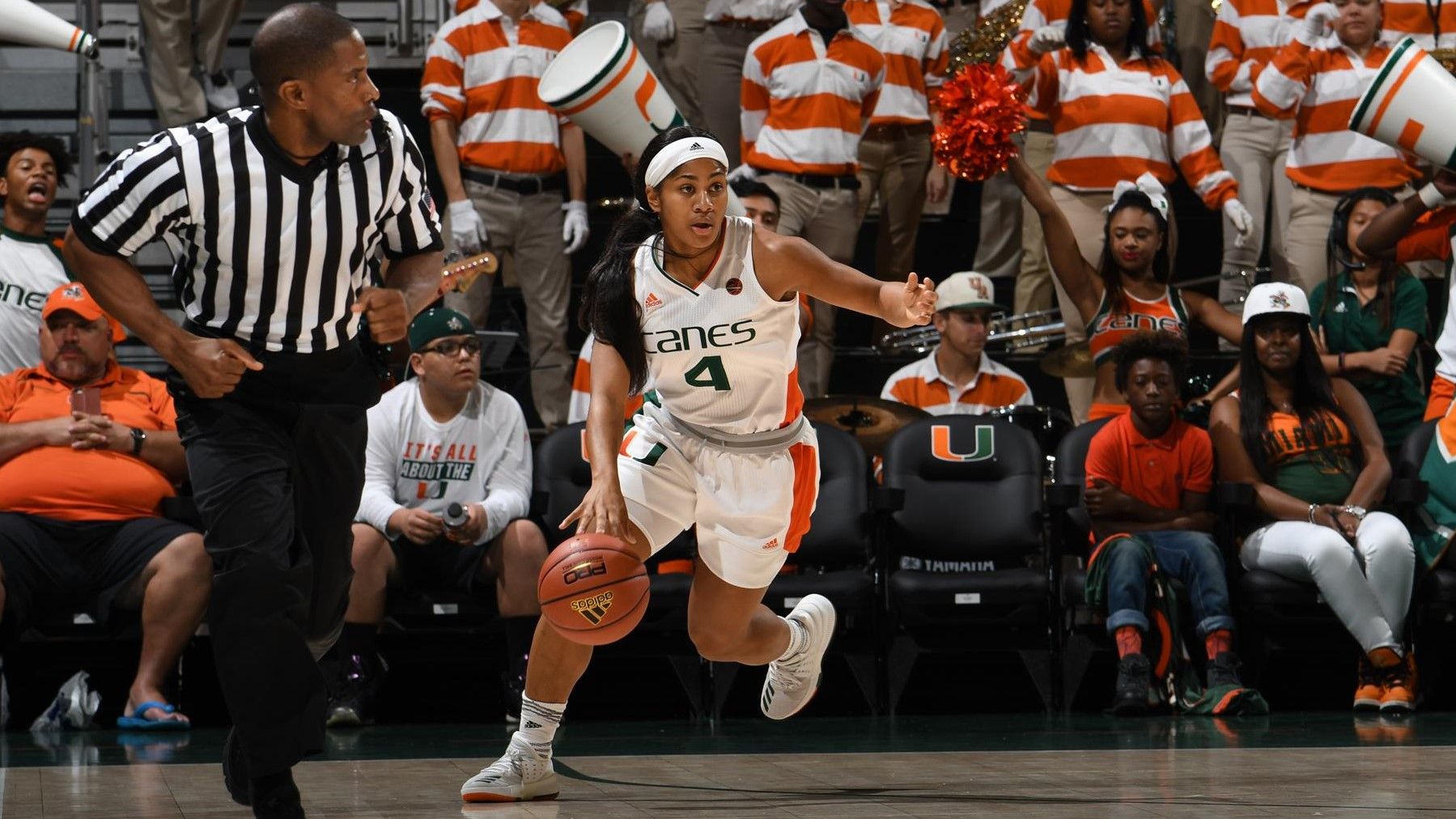 CORAL GABLES, Fla. – The University of Miami women’s basketball team takes on its first ranked opponent of the season Sunday at the Watsco Center.

Miami (4-1) faces No. 15/15 Maryland at noon in its last game of the Miami Thanksgiving Tournament. The contest will be followed by Kennesaw State playing Maine at 2 p.m.

The Hurricanes are 5-10 all-time against Maryland, but have won four of the last six matchups. The teams last squared off during the 2013-14 season, the Terrapins’ final one in the ACC, and Maryland notched a 67-52 road triumph on Feb. 13, 2014.

Maryland is 4-2 on the season with both of its losses coming to top-five teams that made the Final Four last year in No. 4/2 South Carolina and top-ranked Connecticut. Sophomore guard Kaila Charles paces the Terrapins in scoring at 19.7 points per game and co-leads the team with 7.8 boards per outing.

Following a 32-3 (15-1 B1G) campaign a year ago that included a trip to the NCAA Sweet 16, Maryland was tabbed second in the Big Ten preseason poll.

Action between Miami and Maine will be broadcast on ACC Network Extra HERE, as well as carried live on WVUM 90.5 FM HERE. Live stats for the contest will be available HERE.

The first 150 fans in attendance will receive a jersey replica apron, while team posters and schedule cards will be available at the marketing table by the main entrance.

Miami’s next game will also be against a Big Ten team, as it hosts Michigan State Nov. 30 at 7 p.m., in the Big Ten/ACC Challenge.