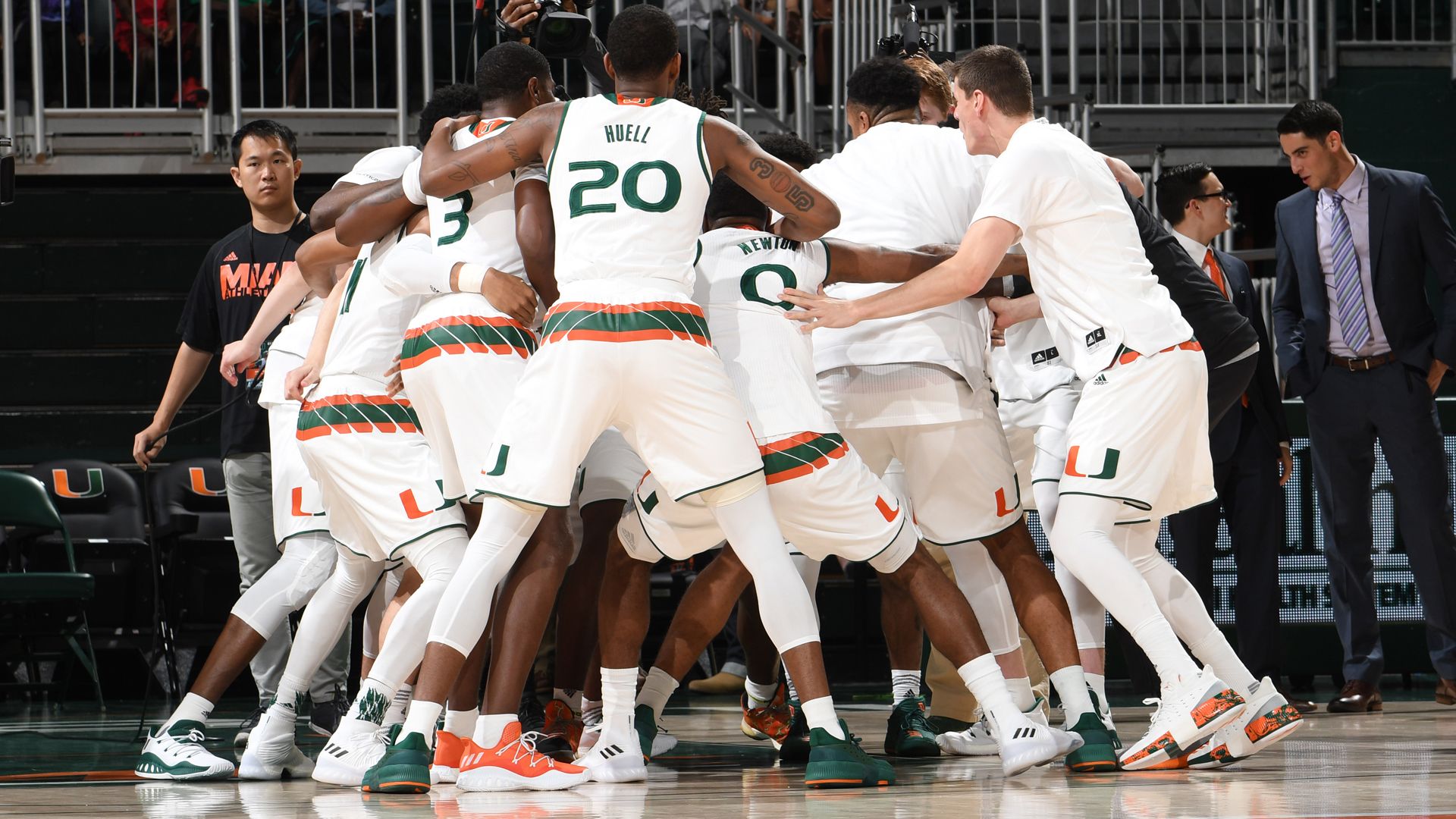 CORAL GABLES, Fla. – The University of Miami men’s basketball team continued to roll thanks to a convincing 86-65 win over North Florida Saturday afternoon at the Watsco Center.

With the win, Miami improved to 5-0 on the year, marking the second time the Hurricanes have opened the year with five straight wins under head coach Jim Larrañaga.

Miami has now had five players score in double figures in four games this season. The Hurricanes had three such games in 33 contests in the entire 2016-17 season.

Defensively, Miami kept North Florida in check, as it held the Ospreys to their lowest scoring output of the year. North Florida entered the game, averaging 78.6 points per game.

Brown showcased his high-wire leaping abilities early and often in the first half, as six of his team-leading 12 points came off of dunks. The Boston native also pulled down three rebounds and added two steals in the opening 20 minutes.

Miami jumped out to the early lead, as it outscored North Florida 12-7 in the first seven and a half minutes. The Hurricanes would then go on an impressive 14-2 run to take a 26-9 advantage with 7:04 remaining.

North Florida fought back to trim Miami’s lead to seven with (30-23) with three minutes to go in the first half, but that would be as close as the Ospreys would get for the remainder of the game.

Miami closed out the first half strong, as it outscored North Florida 8-2 over the final three minutes to take a 38-25 lead into the locker room.

The Hurricanes held a comfortable double-digit for the first seven minutes of the second half. Miami would then go on to open up a 20-point advantage at the 12:37 mark of the second half. North Florida crept to within 14 points in the final 20 minutes, but that was as close as it would get.

Miami has yet to trail in the second half this season.

Lawrence led Miami with 13 points in the final 20 minutes to pace the Hurricanes.

Miami returns to the hardwood on Wednesday (Nov. 29), as it travels North to take on Minnesota for the ACC-Big Ten Challenge. Game time is set 9 p.m. and can be seen on ESPN2.

Game Notes
Team
• Miami improved to 5-0 for the first time since the 2014-15 team started 8-0.
• Miami held North Florida to a season-low 65 points. North Florida entered the game averaging 78.6 points per game.
• UM scored a season-high 54 of its points in the paint.
• The Hurricanes put at least five players in double figures in scoring for the fourth time in five games.
• Miami forced a season-high 20 turnovers, scoring 21 points off of them.