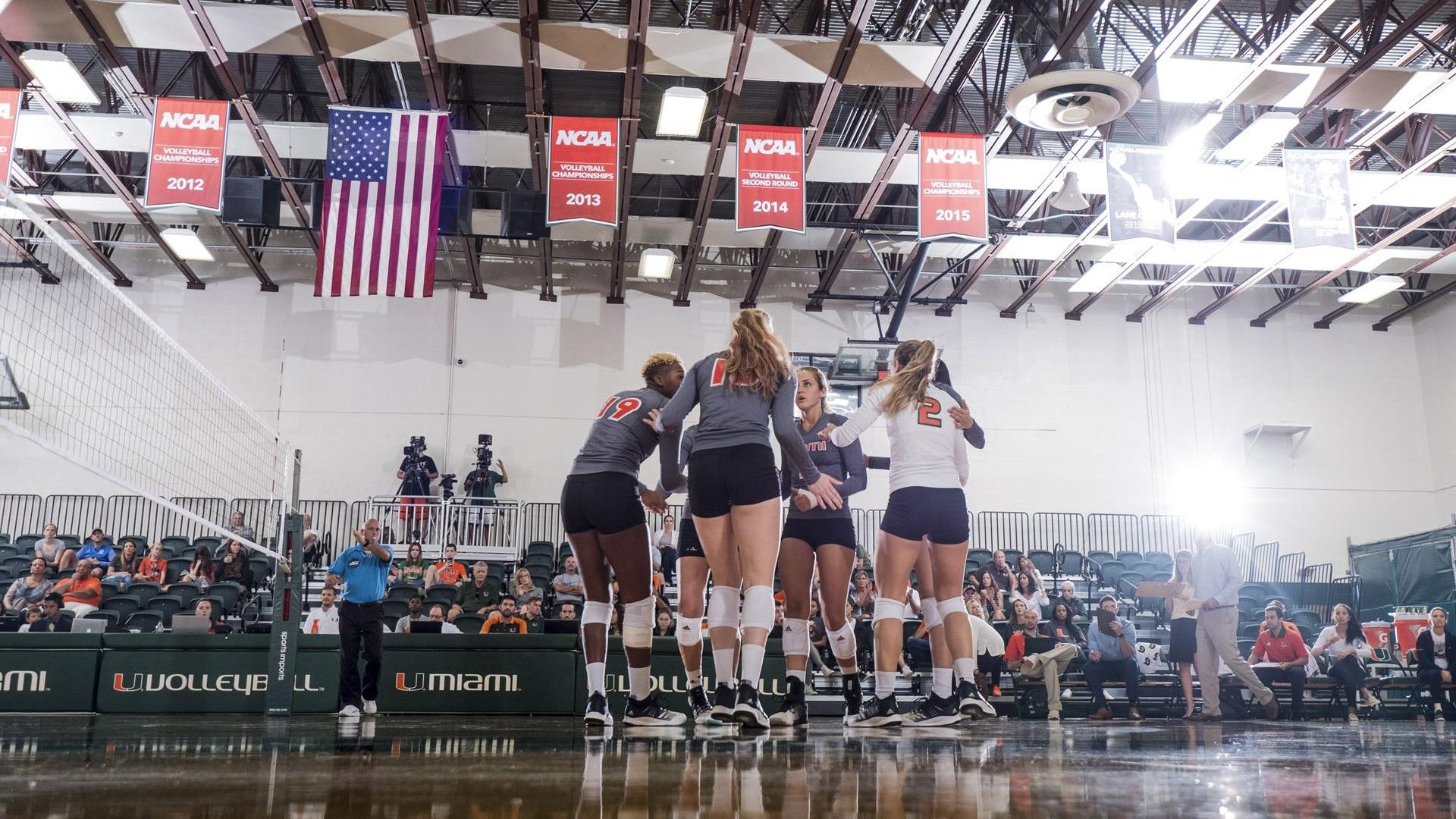 CLEMSON, S.C. – For the eighth time this season, the University of Miami volleyball team fought its way back to a victory as it wrapped up the regular season with a 3-1 triumph over Clemson Friday afternoon.

“I am proud of the way we battled this week, our seniors deserve a lot of credit,” Miami head coach Jose “Keno” Gandara said after his team’s sixth straight win. “Today was a tough match and a huge win for us. I have to give Clemson credit, they were tough and very motivated on Senior Day and we managed to play well enough to get the win.”

Defensively, senior libero Sylvia Hernandez had a match-high 17 digs to lead the way as the Hurricanes outdug the Tigers, 48-41. Pampana picked up a team-best six blocks, including one solo effort at the net. Clemson had two players – Alyssa Deloney and Megan McGinley – with seven blocks apiece to outblock Miami 12-7.

Clemson won the opening set due to better execution in the closing stage, scoring three of the last four points after the two teams were tied at 22-22. Kaylin Korte, who was the Tigers’ leading scorer with 16 kills on the day, grabbed six kills on a .600 hitting. Lukianova and Pampana led a Hurricanes team that hit a .357 in the frame with four kills apiece. Miami fought itself out of an early 10-6 hole, but could not sustain the momentum to win the set.

The Canes found themselves in a similar situation in set two, trailing by as many as four at 10-6, but responded appropriately with a 6-0 run that gave them momentum to prevail in the frame. Lukianova (five) and fellow rookie Cameron Dobbs (four) combined for nine of Miami’s 16 kills in the frame and hit a combined .667 to lead the charge as the Hurricanes improved on their first-set attack percentage to hit .375 – their best in the match.

The third set was a game of nerves, which was won by the Hurricanes in extra points. It featured 14 tied scores, nine of them after the 16-16 marks. The Hurricanes faced three set points, but ultimately won three straight points when it mattered the most to claim the set. After the teams combined for eight straight points off their opponent’s errors late in the set, Strantzali managed to finish a successful play for 28-26 in the Canes’ favor.

A 7-0 Miami run set the tempo for what was to come in the fourth set, which the Canes won by a double-digit margin. Middle blocker Lucia Pampana had three blocks in the fourth set alone and contributed one of the team’s 10 digs that helped the Canes limit Clemson to a -.148 hitting. For the second time in the match, Templeton settled a set from behind the service line with her second ace of the match.