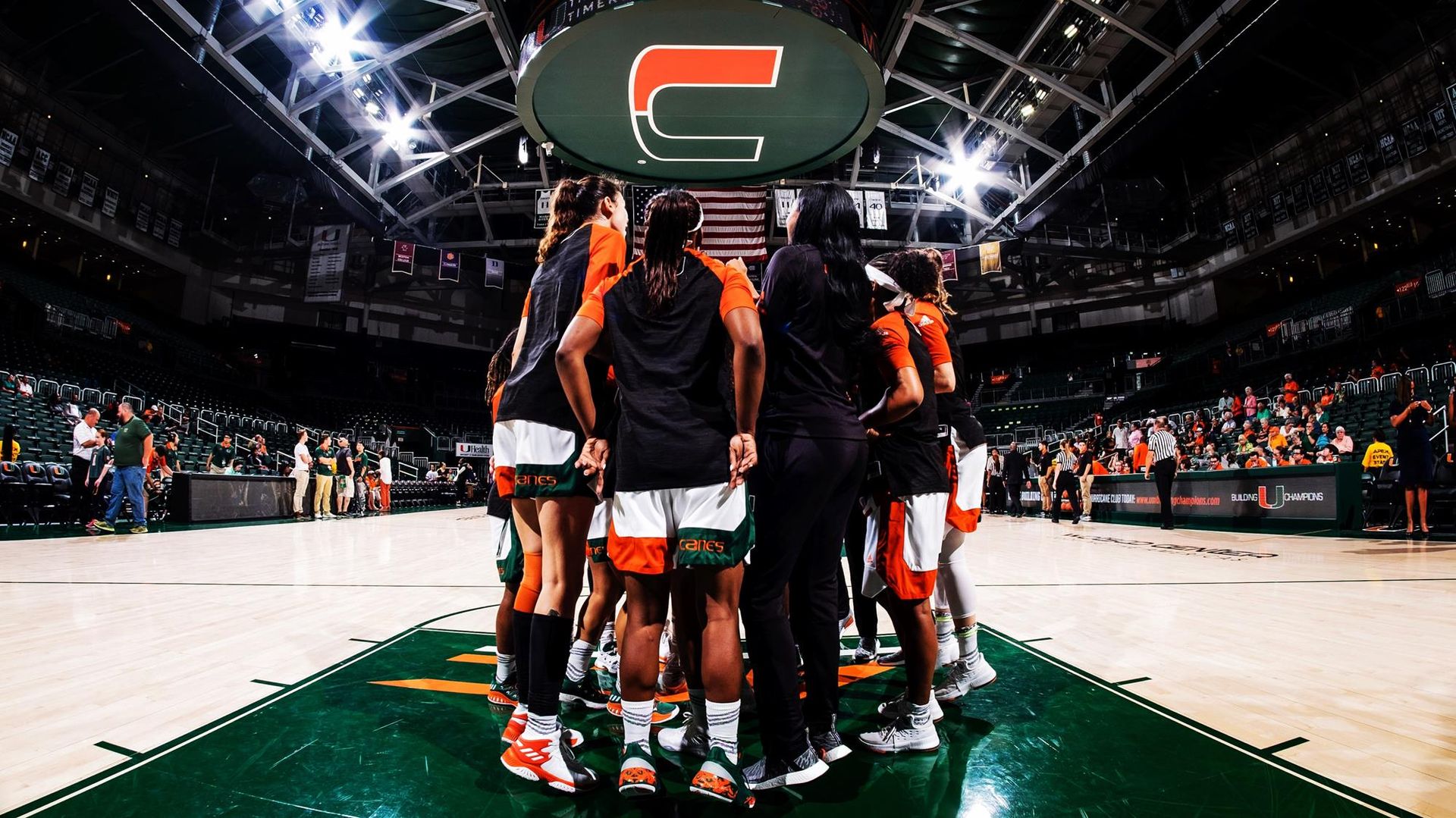 BOULDER, Colo. – The University of Miami women’s basketball team dropped a 67-61 decision to Colorado Saturday afternoon at the Coors Events Center in its first road game of the season.

Miami (2-1) made an impressive run down the stretch to close within four points, but the Buffaloes held strong to earn the home victory.

After tight, defensive action through the first 10 minutes, Colorado (3-1) took a 7-1 edge into the second frame.

The Hurricanes made six consecutive field goals in the second quarter to take their first lead, 16-14, on a layup by redshirt senior guard/forward Shaneese Bailey with 5:57 left before halftime.

Bailey, who had not made a 3-pointer since her sophomore year at Florida Atlantic in 2014-15, connected on a pair of shots from long range in a second period during which Miami scored 23 points. It marked the second time in her career she has hit two 3-pointers in a game.

The two sides went into the locker room even at 24, as Miami, ranked No. 24 in the USA TODAY Coaches Poll, held the Buffaloes’ leading scorer, junior guard Kennedy Leonard, to one point in the first 20 minutes.

Colorado went on a 19-2 run late in the third period, including scoring 14 points in a row, to take a 48-33 edge. The Buffaloes’ advantage sat at 50-36 heading into the final quarter.

The Hurricanes forced Colorado into 24 turnovers and held it to 1-of-12 (8.0 percent) shooting from 3-point range in the defeat.

Miami will be back on its home court Tuesday at 11 a.m., when it hosts New Orleans on elementary school day at the Watsco Center.

MIAMI HURRICANES POSTGAME NOTES
– This was Miami’s second consecutive game against an opponent it has not played before, following a 73-49 home victory against Vermont six days ago.
– The last time the Hurricanes played a team from the Pac-12 was March 20, 2015, when they defeated sixth-seeded Washington, 86-80, in the first round of the NCAA Tournament in Iowa City, Iowa.
– Miami last played outside the Eastern Time Zone on March 19, 2016, when it fell to South Dakota State, 74-71, in Stanford, Calif., in the first round of the NCAA Tournament.
– Prior to the first period today, the Hurricanes’ record for fewest points in a quarter was four in the third session at Virginia Tech on Jan. 28, 2016.
– Davenport reached 100 steals as a Hurricane and Gray eclipsed 50 points in her young career.