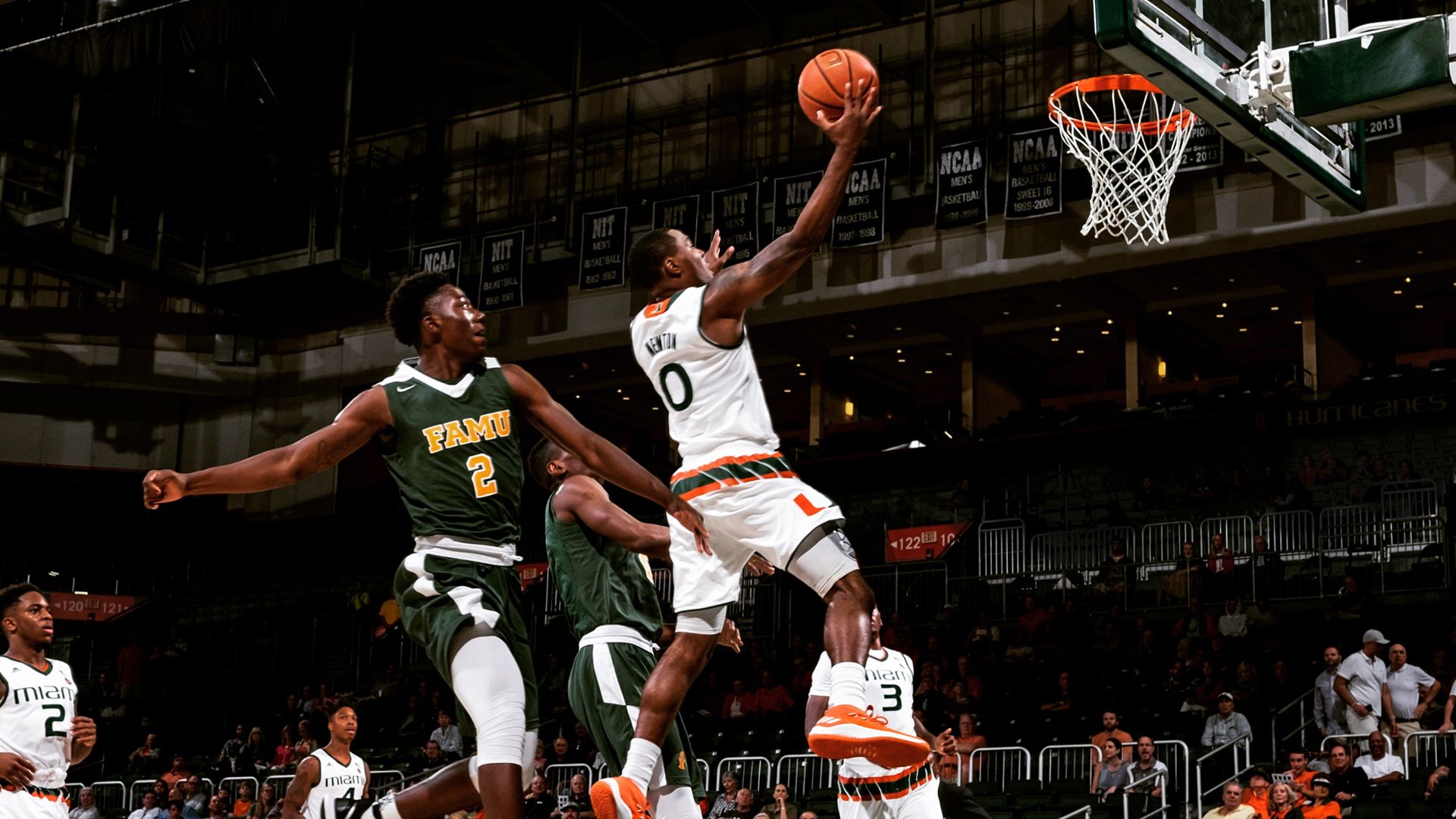 CORAL GABLES, Fla. – The No. 11-ranked University of Miami men’s basketball team continued its winning ways Thursday night at the Watsco Center, posting a convincing 90-59 win over Florida A&M to improve to 3-0 on the year.

As a team, Miami held a 38-26 advantage in points in the paint and out-rebounded the Rattlers 36-28.

For the second straight game, the Hurricanes posted a wire-to-wire victory, as they jumped out to an early 8-2 lead.

FAMU fought back to close within a point at the 16:38 mark of the first half, but Miami responded by going on an 11-0 run to open up a 21-9 lead. The Hurricanes held the Rattlers without a field goal for over five minutes.

The Hurricanes have not trailed in the last 112 minutes, 41 seconds of game time over the last three games.

Miami closed out the opening half on a high note, as it held FAMU to just five points in the final five minutes of the first 20 minutes to take a 24-point halftime lead (46-22).

Vasiljevic led all Hurricane scorers in the first half with 11 points, connecting on 4-of-6 shots from the field, including 3-of-4 from 3-point range.

Miami’s second half lead never dipped below 22 points, as the Hurricanes outscored the Rattlers by a 44-37 count in the final 20 minutes.

Miami returns to the hardwood next Wednesday (Nov. 22), as it plays La Salle in a neutral-site contest in Reading, Pa., the home of Hurricane freshman guard Lonnie Walker IV. Game time is 6 p.m.

Game Notes
• Miami leads the all-time series, 8-0.
• Miami has not trailed since the first half of the season opener against Gardner-Webb, totaling 112 minutes, 41 seconds of game time.
• Miami held FAMU scoreless for 5:40 in the first half, the Canes’ defense’s third scoreless stretch of five-plus minutes this year.
• The Hurricanes’ defense forced four shot-clock violations in the first 14 minutes of the game.
• The Hurricanes continued their balanced scoring, as six reached double figures, marking the third straight game in which Miami put at least five players in double figures.
• Dewan Huell reached double figures for the third straight game, the second time he has scored 10-plus points in three straight contests.
• Freshman Chris Lykes scored 13 points as he broke into double figures for the first time in his career.