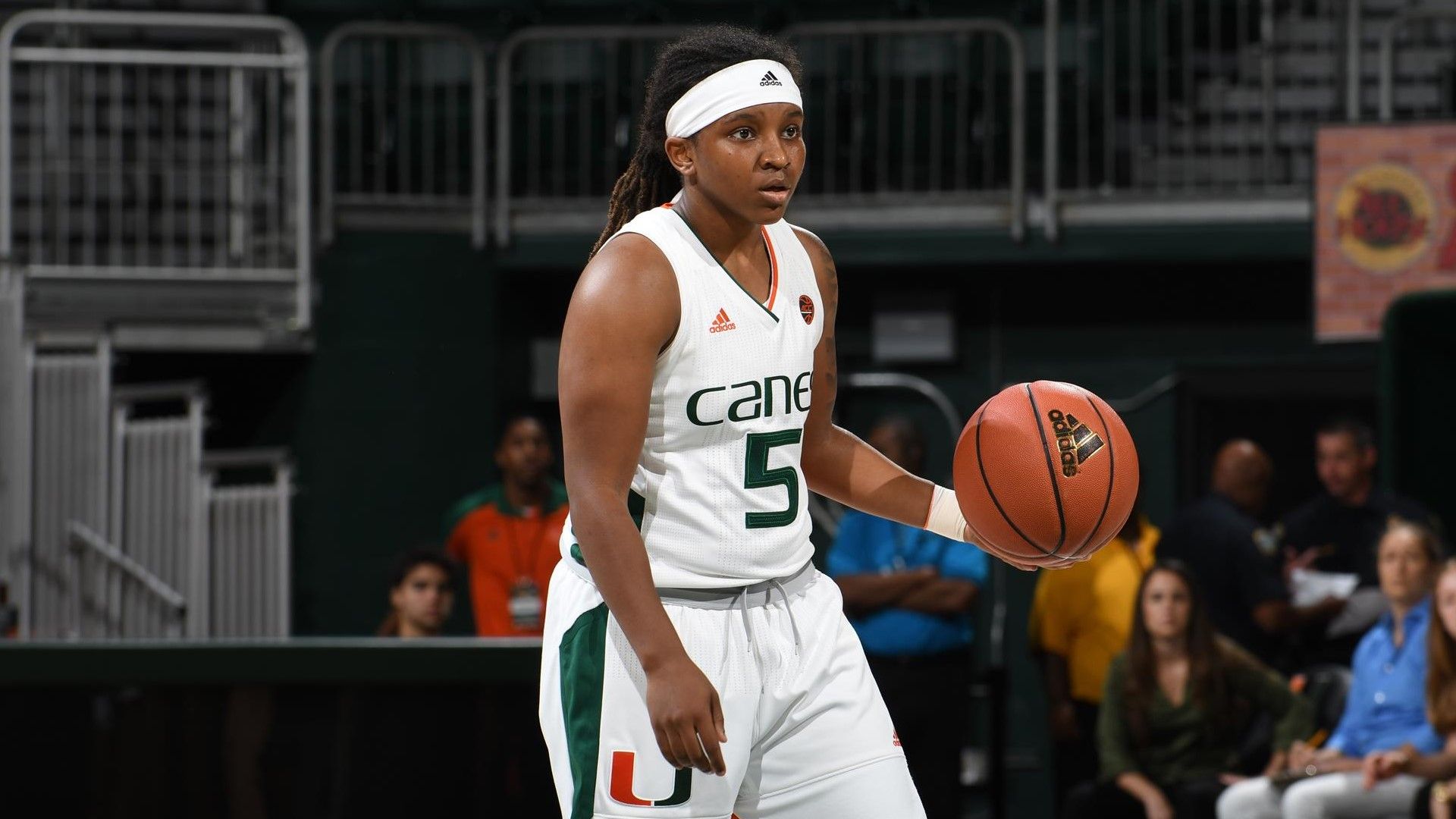 CORAL GABLES, Fla. – Freshman Mykea Gray of the University of Miami women’s basketball team earned the opening ACC Rookie of the Week honor of the 2017-18 season, as announced Monday by the league office.

A 5-foot-4-inch guard, Gray poured in 27 points in her collegiate debut Friday night and then added 21 Sunday afternoon in her second appearance.

Gray became the first Hurricane to tally 20-plus points in back-to-back home games since Adrienne Motley did so in November of 2014.

Motley was also the last Miami player to garner ACC Rookie of the Week distinction, claiming the honor on Feb. 3, 2013. This is the eighth time a Hurricane has collected the accolade and Gray is the sixth different Miami recipient.

Additionally, Gray is the first Hurricane to receive a conference weekly honor since Motley won ACC Player of the Week on Jan. 12, 2015.

Through two games, Gray leads Miami in scoring, field goals made, 3-pointers made and free throws made. The Upper Marlboro, Md., native also ranks second in minutes and assists, plus is tied for second in steals.

Thus far, Gray is third in the ACC in scoring and tied for sixth in 3-pointers made. She is one of two ACC players to score 20-plus twice, along with North Carolina’s Paris Kea.

Gray and the undefeated Hurricanes return to the court Saturday at 3 p.m. ET, as they will take on Colorado in Boulder, Colo.