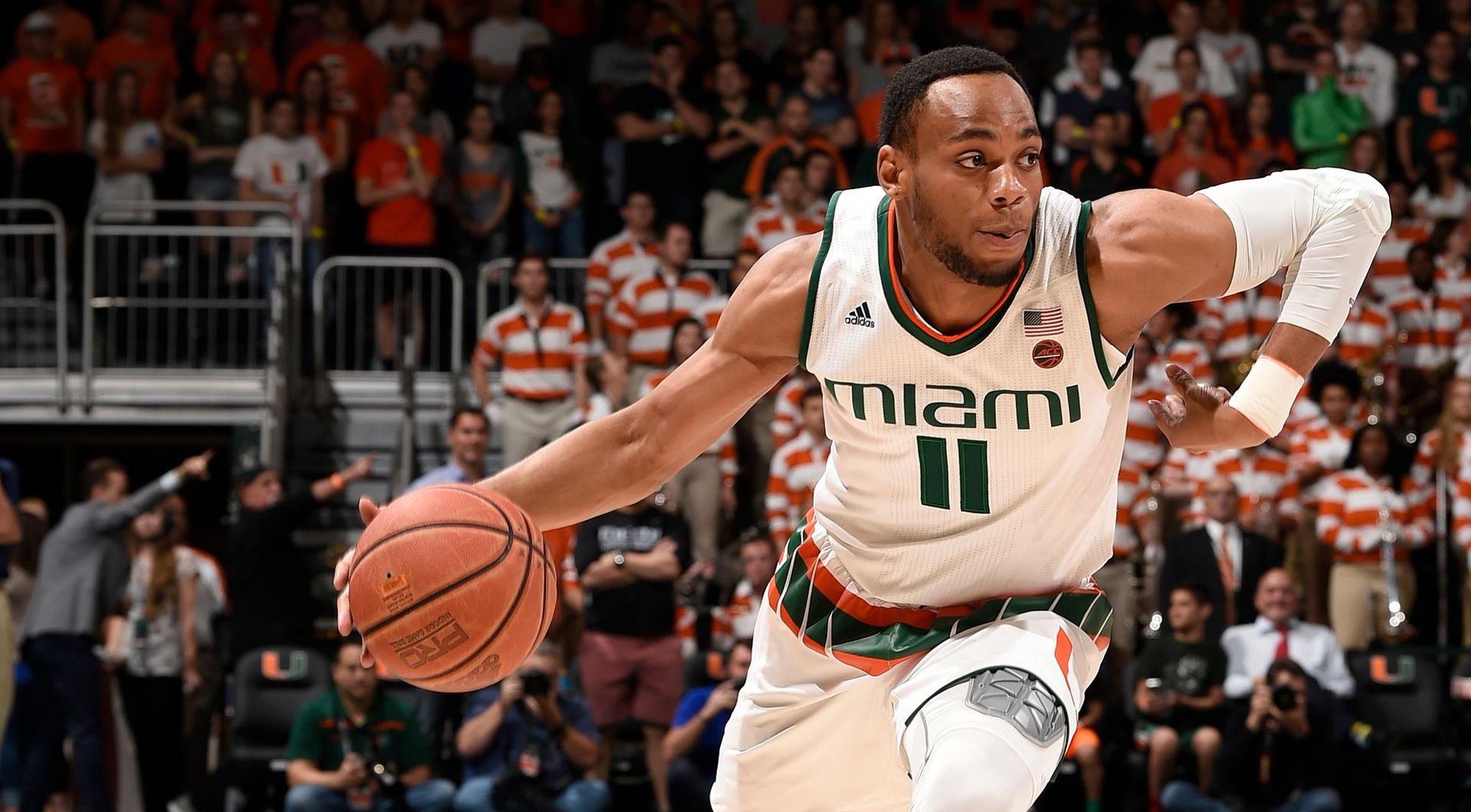 CORAL GABLES, Fla. – Led by a triple-double from sophomore Bruce Brown, Jr., the Miami men’s basketball team tipped off its 2017-18 regular season Friday evening with a resounding 77-45 victory over Gardner-Webb at the Watsco Center. The Hurricanes blew open a close game by starting the second half on a 29-4 run.

Miami is ranked No. 13 in the preseason by the Associated Press and No. 12 in the USA TODAY Coaches Poll, the highest preseason rankings in program history.

Brown started his sophomore campaign off with his second-career triple-double and just the third triple-double in program history. Brown scored 10 points, grabbed 11 rebounds and dished out 10 assists. He also had a triple-double against South Carolina State on Dec. 6, 2016.

“It was a little bit of a struggle in the first half getting any kind of rhythm offensively,” Miami head coach Jim Larrañaga said. “I thought the second half right away our defense was very attentive and it led to a lot of transition baskets. We scored 50 in the second half after only scoring 27 in the first, so much better performance.”

Miami’s defense limited Gardner-Webb to 31.7 percent shooting. After a slow start in the first half, Miami caught fire in the second half, shooting 63.6 percent (21-for-33) in the final 20 minutes, as the Hurricanes shot 50 percent for the game.

Gardner-Webb started fast, scoring the game’s first seven points before Miami got on the board at the 15:53 mark. That started a 10-0 Canes run as Miami held GWU scoreless for 6:04. Miami did not trail again, taking a 27-23 lead into the break despite shooting just 33 percent. The Canes limited GWU to 32 percent shooting in the half.

Miami bolted out of the gates in the second half, scoring six points in the first 1:23 of the second half to take a 33-23 advantage, capped by an alley-oop by Huell from Brown off a fast break to prompt a GWU timeout. That was part of a 14-0 UM run to start the half as the Canes held Gardner-Webb scoreless from the first 5:11 of the half, taking a 41-23 advantage.

The Hurricanes dominated throughout the half as their lead grew to as large as 37 points.

Miami remains home Sunday (Nov. 12) for a 4 p.m. game with Navy. ACC Network Extra has the live broadcast online, while WQAM 560-AM has the radio broadcast.

The game is part of a doubleheader, as the 24th-ranked Miami women’s team takes on Vermont at 2 p.m. One ticket is good for both games. Fans with a men’s basketball game ticket may sit in any general admission location for the women’s contest.

• With 10 points, 11 rebounds and 10 assists, Bruce Brown, Jr., recorded the second triple-double of his career, which is also third in Miami program history. Brown matched a career high with his 10 assists.

• Ebuka Izundu had his first career double-double with 14 points and a career-high 10 rebounds.

• Chris Lykes and Lonnie Walker IV made their college debuts, each entering at the 14:57 mark of the first half.

• Gardner-Webb had a 6:03 scoring drought in the first half and went scoreless for the first 5:11 of the second half.