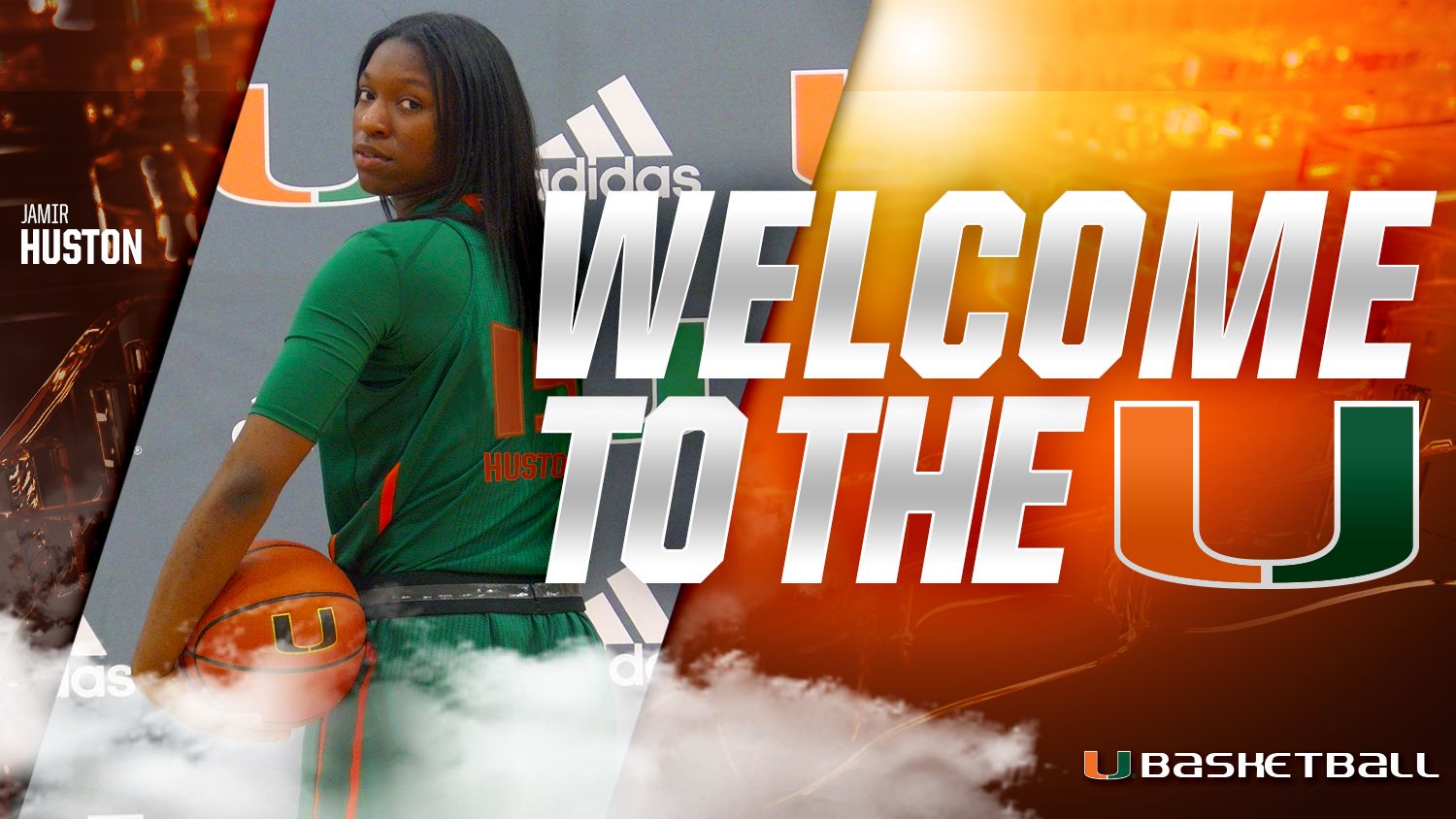 A 6-foot forward from John Hay (Ohio) High School, Huston is listed by espnW HoopGurlz as the No. 14 wing prospect in the class of 2018.

“We’re thrilled to add Jamir. She is a perfect fit to step in for what we’re losing in terms of athleticism and length,” Meier said. “She can play multiple positions and defends as if her life depends on it. She is not afraid to be physical, but also has a nice finesse game from the 3-point line. Jamir is a player who will not be denied and is just relentless. She is the consummate competitor, but plays at a very high level.”

As a junior at Shaker Heights (OH) High School, Huston averaged a double-double, posting 13.8 points and 12.7 rebounds per game.

During her sophomore campaign with the Red Raiders, Huston tallied 14.9 points an outing and earned Associated Press Division I Third Team All-Northeast Lakes District honors. She logged 10.0 points and 9.0 rebounds per game as a freshman.

“Dynamic, athletic kid who can rebound her position right away. [She is] a kid who is really good at attacking the rim and pulling up, and is going to create matchup problems with her athleticism,” ProspectsNation.com Director of Scouting Keil Moore said. “. . . I think she is a classic Miami kid as far being an athlete, being able to thrive in transition and being able to really defend at a high level.”

Huston selected the Hurricanes over offers from numerous other programs, including nearly every school in the Big Ten.

This past summer, she helped lead her AAU team, Sports City U, to the championship game of the U.S. Junior Nationals 17U National Championship in National Harbor, Md.

“I think Jamir just had a breakout summer in terms of her national recognition and reputation,” Meier said. “She played one of the best AAU teams in the country and had an incredible summer. She plays with an intensity and a passion that reminds me of Morgan Stroman. She runs the floor so hard and enjoys playing up-tempo. I think she’s just a matchup nightmare for anybody who tries to guard her.”

A Cleveland native, Huston is the second Ohio product Meier will coach at Miami, joining Selena Eskinazi-Budge, a member of her first team in 2005-06. Huston is the first player from the Buckeye State whom Meier has signed in her 13-year tenure guiding the Hurricanes.

Huston will join a Miami roster in 2018-19 that is set to return 10 players from this year’s team, which begins regular season play Friday at 6 p.m., against FIU at the Watsco Center.