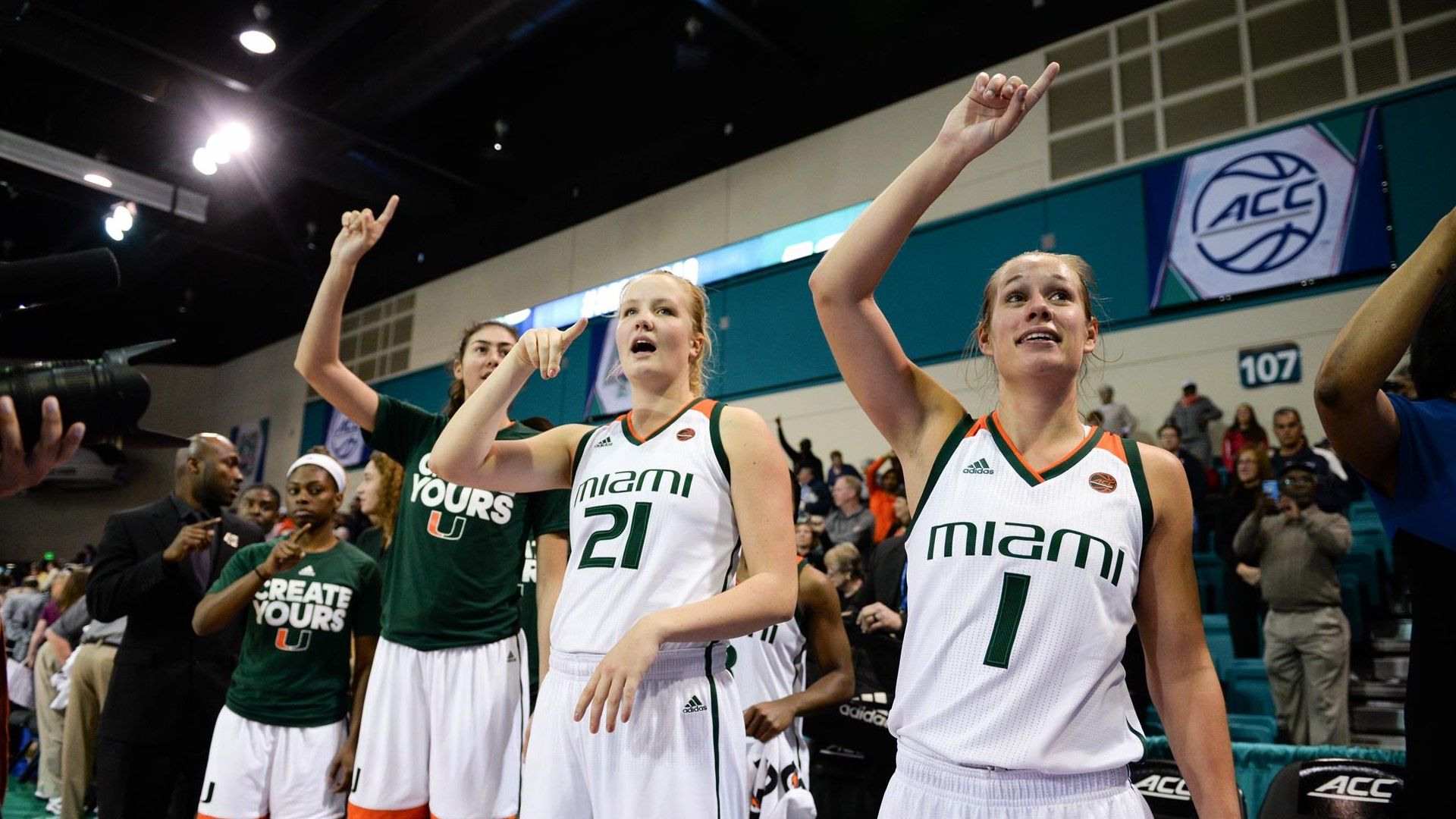 Full WBB Slate to be Televised for First Time

For the first time ever, all of the Hurricanes’ games—home, away and at neutral sites—will be broadcast live. It also marks the third consecutive year all of Miami’s home games will be televised.

In addition, both of the Hurricanes’ games in the Puerto Rico Class are set to be shown on FloHoops. Miami faces both Sacramento State (Dec. 19, 6 p.m.) and Western Michigan (Dec. 20, 6 p.m.) in San Juan, Puerto Rico.

At the ACC Tournament, set for Feb. 28 to March 4 in Greensboro, N.C., the games will be televised on RSN, ESPNU and ESPN2, depending on the round.

The Hurricanes open their 2017-18 campaign Tuesday at 7 p.m., when they host Nova Southeastern on ACC Network Extra in an exhibition matchup at the Watsco Center.