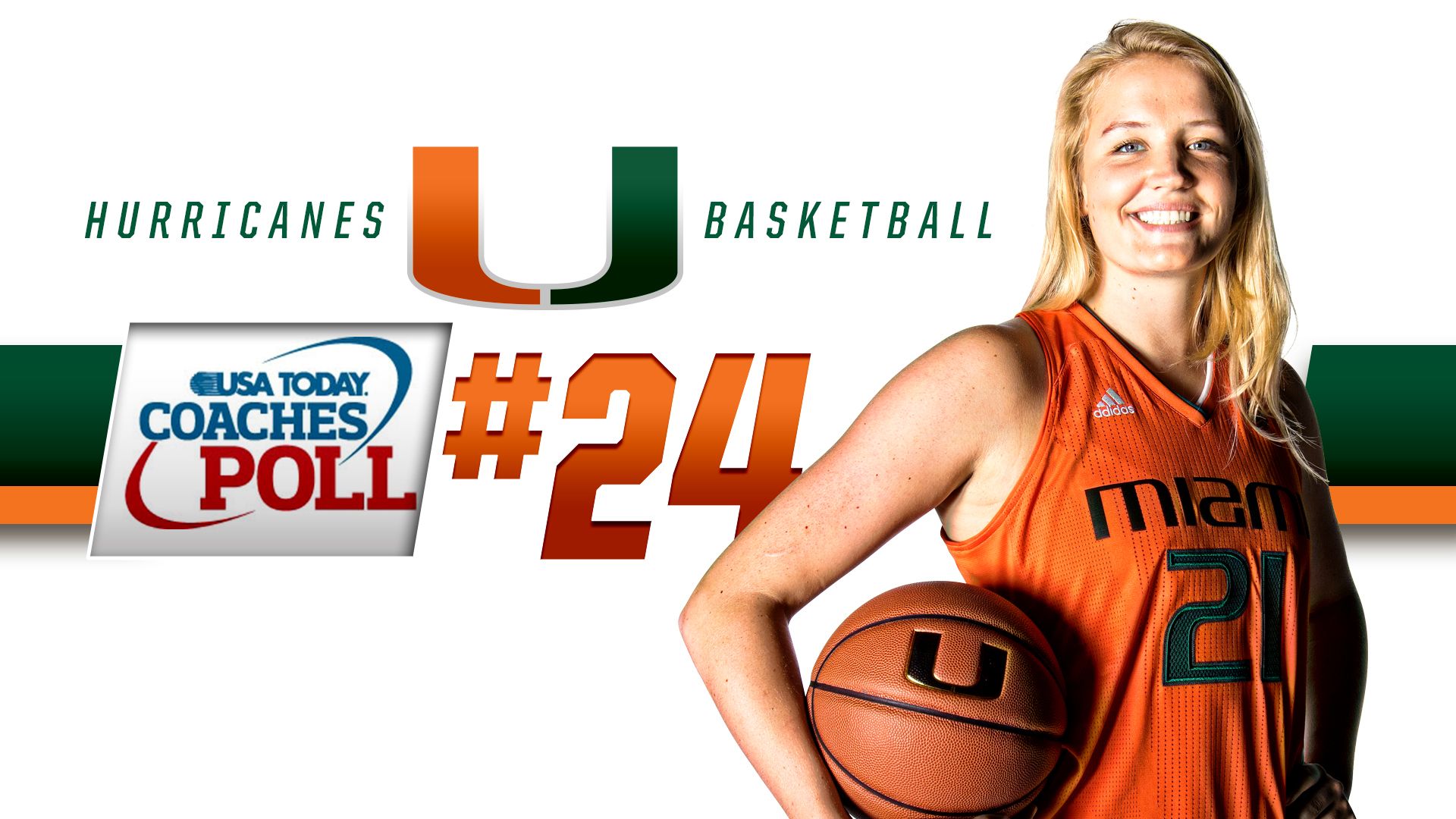 The Hurricanes check in at No. 24 in the country to begin in the 2017-18 campaign, as announced Thursday afternoon.

Miami opened last season at No. 20 in the poll and finished one spot higher, concluding the year at No. 19 nationally.

The Hurricanes are one of five ACC teams in the poll’s top 25, following fifth-ranked Notre Dame, No. 10 Louisville, No. 12 Duke and No. 14 Florida State. Miami was picked fifth in the conference by the Blue Ribbon Panel and eighth by the ACC Coaches.

Last season, Miami finished 24-9 (10-6 ACC), reached the ACC Tournament semifinals and advanced to the second round of the NCAA Tournament.

The Hurricanes, under the direction of 13th-year head coach Katie Meier, host Nova Southeastern Tuesday at 7 p.m., in an exhibition contest to open the campaign. Their first regular season game is set for Nov. 10 at 6 p.m., against FIU at the Watsco Center.