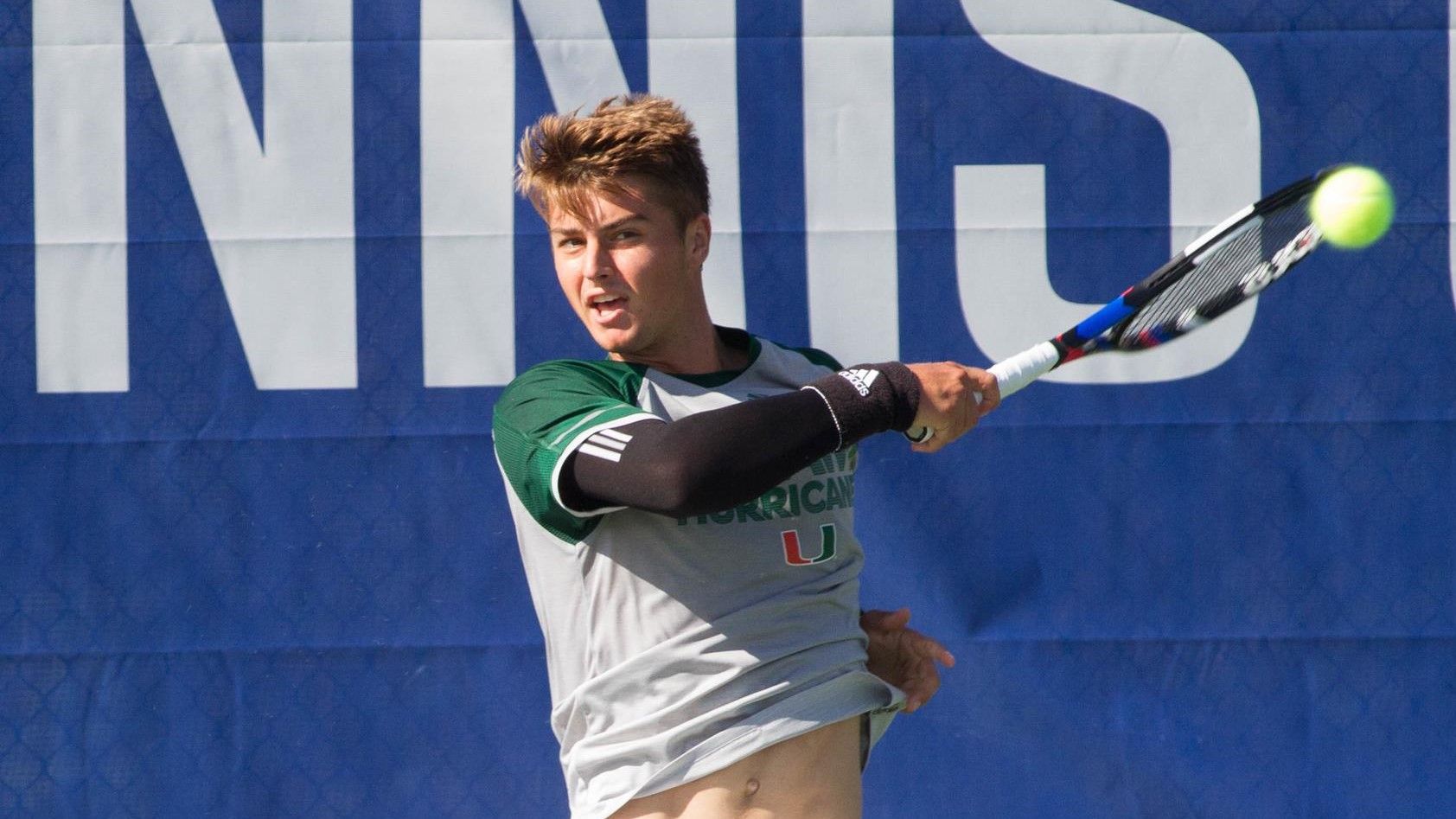 Doubles Teams Continue To Impress at the Bedford Cup

TALLAHASSEE, Fla. – The University of Miami men’s tennis team once again featured strong performances from its doubles teams in Day 2 of the 2017 Bedford Cup.

The duos of junior Dane Dunlap  and senior Christian Langmo and the newly formed pair of freshmen Bojan Jankulovski and Adria Soriano both advanced to the semifinal round in the Doubles A bracket.

Dunlap and Langmo posted a convincing 6-2 victory over UCF’s tandem of Daniel Kerznerman and Mikjail Sokolovskiy. The Miami duo will face off against Remi Chancerel and Thomas Guy from FAU tomorrow.

Jankulovski and Soriano defeated Federico Nani and Illya Skoromnyy from FAMU with a scoreline of 7-5. The Hurricane tandem will take on Chase Wood and Alex Knaff from Florida State on Saturday.

In singles competition, Langmo picked up another win in the Singles A bracket as he defeated USF’s Pierre Luquet 6-1, 6-4, to collect his seventh win during the fall portion of the season and advance to the semifinal round.

In the semifinal round, Langmo dropped a three-set decision to Sokolovskiy, falling 1-6, 6-3, 10-5. The loss was Langmo’s second of the season.

Dunlap also picked up a win in the second round of the Singles A consolation bracket, as he downed Chancerel.

On the day, Miami also picked up singles victories from seniors Nile Clark and Niclas Genovese, as well as from freshmen Pablo Aycart Joya and Tatsuki Shimamoto.

Miami, which is one of 12 Florida teams competing in this year’s event, will return to action tomorrow morning. Click here for complete Day 2 results. Florida State University is playing host to this year’s event.