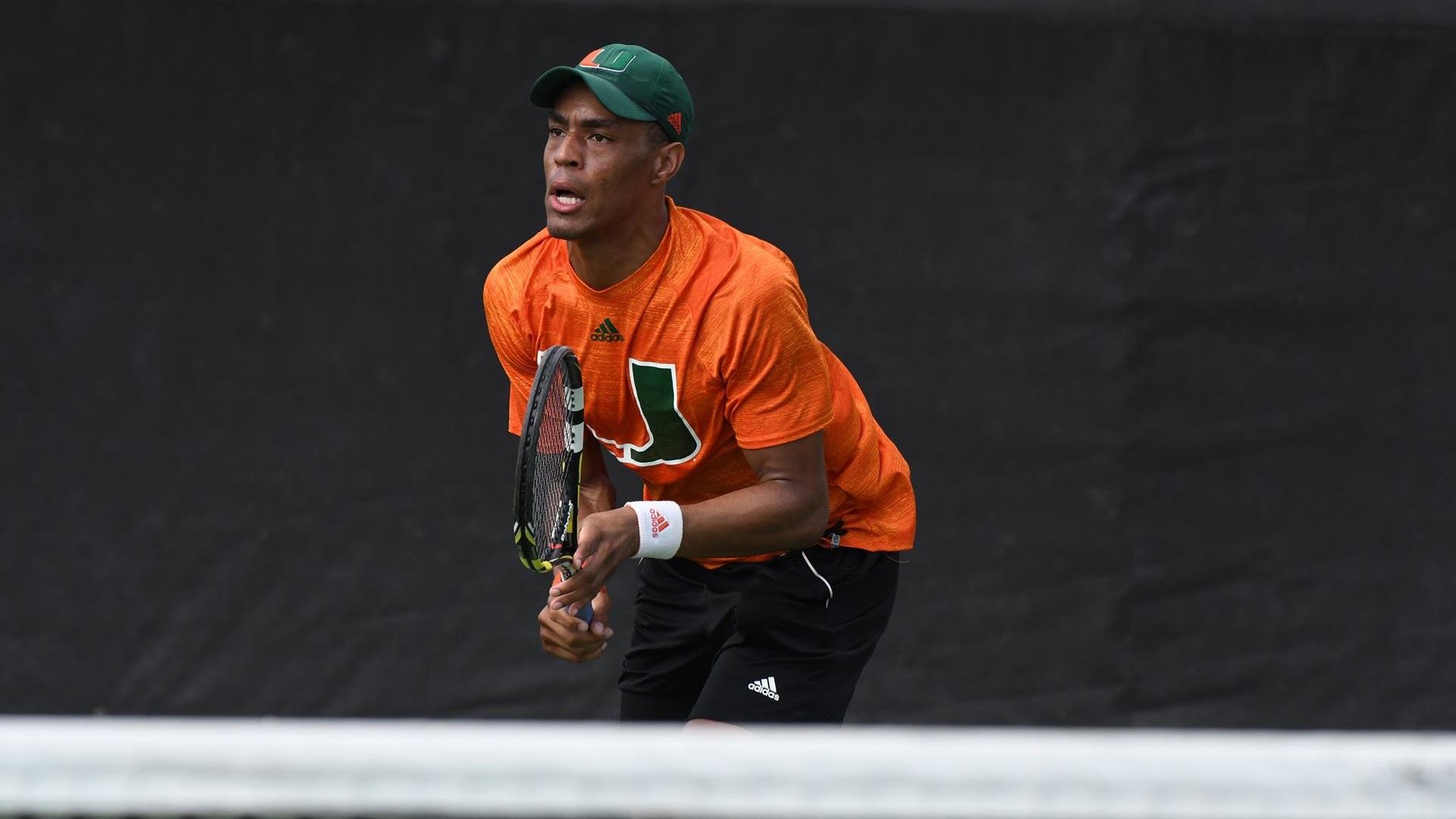 Clark Sets Example in Day One of Rice Invitational

HOUSTON, Texas – The University of Miami men’s tennis team recorded six victories in Friday’s day one of the Rice Invitational.

Senior Nile Clark demonstrated no signs of rust in the opening day of the season, winning all three matches he participated in. In singles, Clark first defeated Mohamed Abdel-Aziz of Rice, 6-4, 6-3, before showing steel nerves against Mack Galvin (Air Force) to come away as a winner in a 7-6(5), 3-6, 11-9 thriller.

Three freshmen picked up wins in their debuts as Hurricanes. In singles competition, Adria Soriano Barrera, who had a bye in the first round, gave only two games to Ignacio de Rued of UNC-Wilmington in a convincing 6-1, 6-1 win.

Jake Kuhlman also debuted with a straight-set triumph – 6-0, 6-3 against host representative Jared Aiman – before dropping a close three-set match to Michael Morphy in another Miami-UNCW matchup.

Tatsuki Shimamoto fell to the wrong side of the singles Blue bracket after a loss to Sebastian Mortier of Incarnate Word. Shimamoto won the second set as convincingly as possible, 6-0, but Mortier prevailed 10-5 in the third set to advance in the winner’s side of the bracket.

Shimamoto, a native of Japan, tasted victory at the intercollegiate level in the doubles competition, where he and Clark defeated Mortier’s teammates Joey Vatanadilok and Caleb Dyer, 8-5, to advance in the doubles Gray bracket.

Miami’s second doubles victory of the day was earned by the duo composed of Kuhlman and senior Niclas Genovese, also began the event with a victory. In the four-pair round robin draw, the Hurricanes prevailed dramatically, 8-7 (2), over Nedim Ahmic and Zachary Vander Heiden of Incarnate Word.

Day two of the Rice Invitational will begin with doubles competition Saturday morning and will go well into the afternoon.