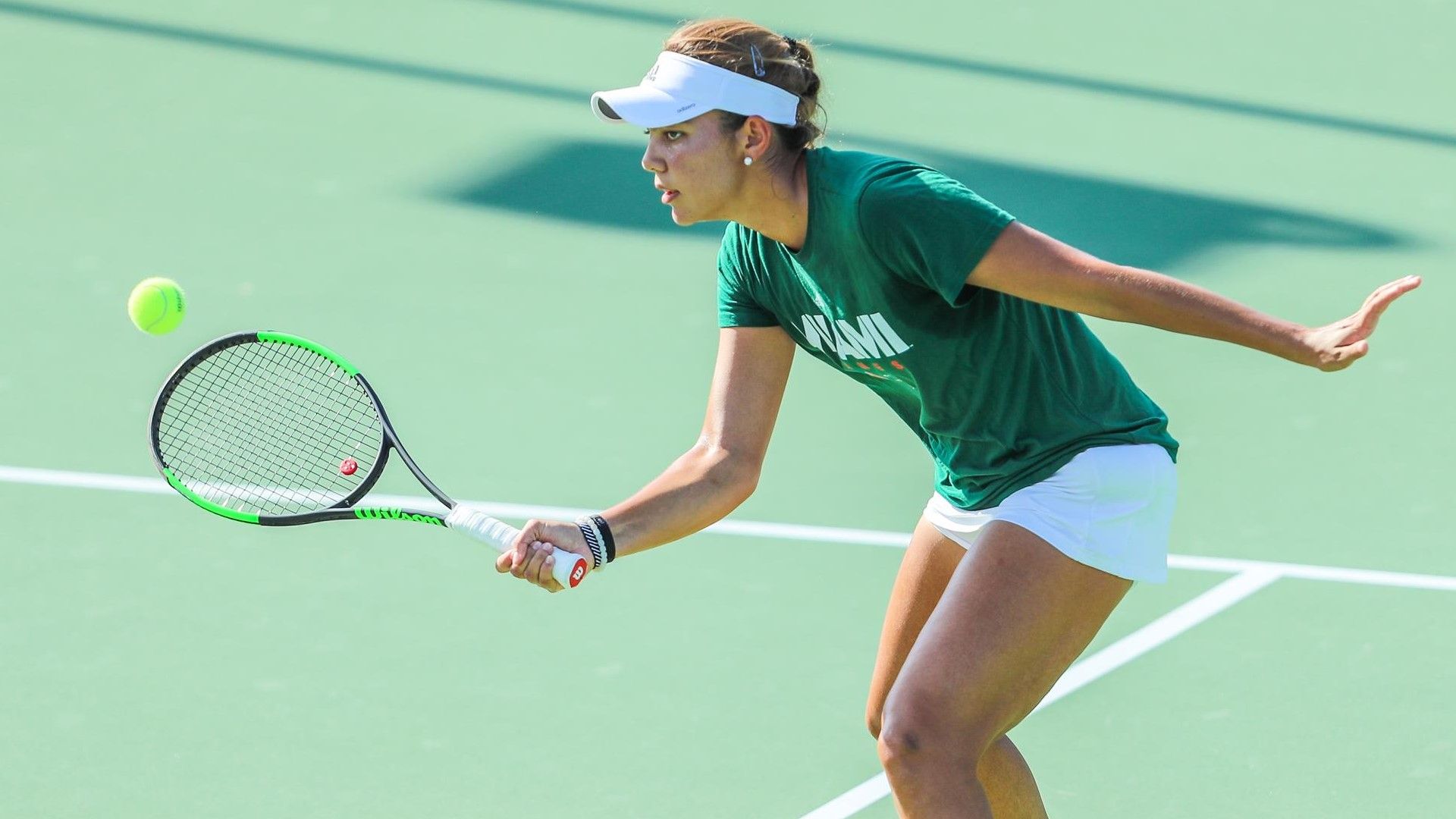 TAMPA, Fla. – The University of Miami women’s tennis team opened its second weekend of action Friday at the Bedford Cup.

Competing at the USF Varsity Tennis Courts, the Hurricanes went 4-2 in their six singles matches, with three of the wins coming in straight sets.

“It’s just nice to play a lot of matches in a hot environment,” Miami head coach Paige Yaroshuk-Tews said. “Some need to get fitter and this will definitely help.”

The day begin with doubles play, in which Miami dropped both of its contests. Senior Sinead Lohan, in her first doubles action of the fall, and junior Ana Madcur fell to UCF’s Monica Matias and Natalia Serrano of UCF, 1-6.

Madcur registered an impressive triumph against Castaneda in singles competition, coming out on top, 6-3, 6-3.

“Madcur had a nice win over Castaneda today,” Yaroshuk-Tews said. “She has been playing very disciplined tennis and the result showed that.”

Roldan also tallied a win for the Hurricanes, edging Stetson’s Vicky Geurinckx, 6-2, 3-6, 7-5, in a lengthy match.

Additional information on the Bedford Cup can be found on the official USTA tournament page HERE.