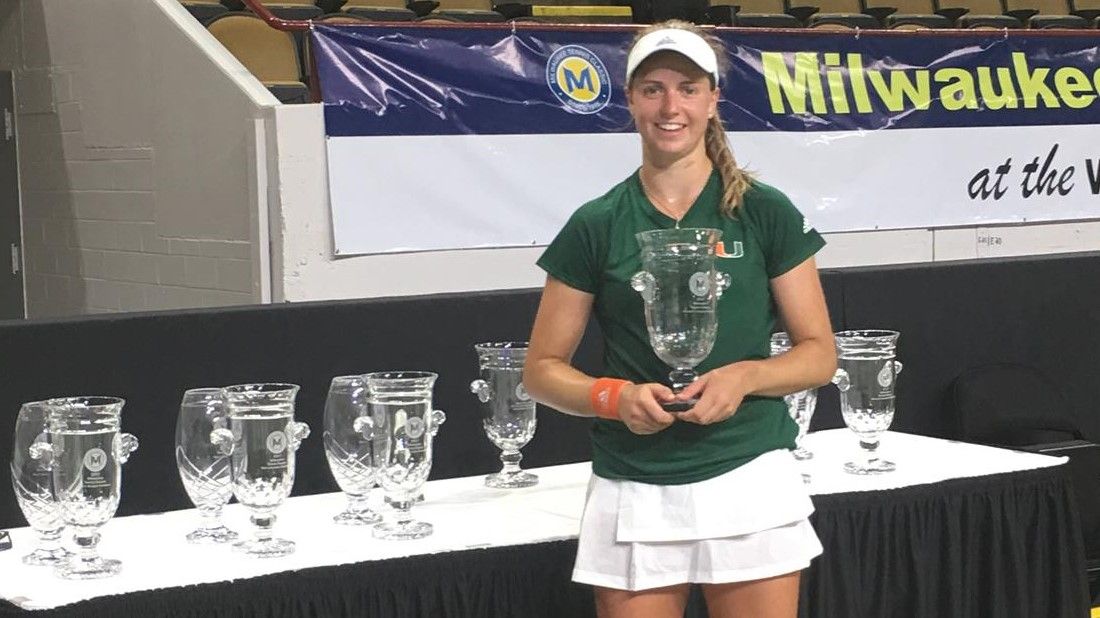 The eighth-ranked player in the nation and the top seed in the draw, Lohan topped her third straight top-65 opponent to earn the crown Sunday. She downed No. 59 Miranda Ramirez of Syracuse, 2-6, 6-4, 6-2, at the 10,000-seat UW-Milwaukee Panther Arena.

“I got off to a slow start in the first set. I started playing more aggressive tennis in the second set and she started breaking down,” Lohan said. “I hit a high first-serve percentage today, which I hadn’t been doing all weekend. I think I was just mentally tougher in the end, competing hard and making more balls.”

Lohan trailed both 0-3 and 1-5 in the opening set and was unable to mount a comeback. She won the first four games of the second set, but Ramirez, the fourth-seeded player in the tournament, won each of the next four games to level the score.

The last two games of the set went to Lohan, as she forced a third, which she went on to dominate. The senior raced out to a 5-1 lead in the all-ACC matchup and after Ramirez won one game to stay alive, Lohan closed it out to complete the comeback.

Prior to Sunday, the only Hurricane, male or female, to win a title in the now 42-year history of the Milwaukee Tennis Classic title was Victoria Hunt, who took home the doubles crown with UCLA’s Kelly Rudolph in 1998.

With her tournament victory in the ITA Gold Level Event, Lohan earns a berth into the Oracle ITA National Fall Championships, which is set for Nov. 1-5 in Indian Wells, Calif.

Lohan finished the weekend with a 4-0 record and Saturday moved into sole possession of fifth place on Miami’s all-time wins list. She now has 105 victories, five shy of Audrey Bañada for fourth.